Record crowd expected as Badgers head back to Meridian Centre 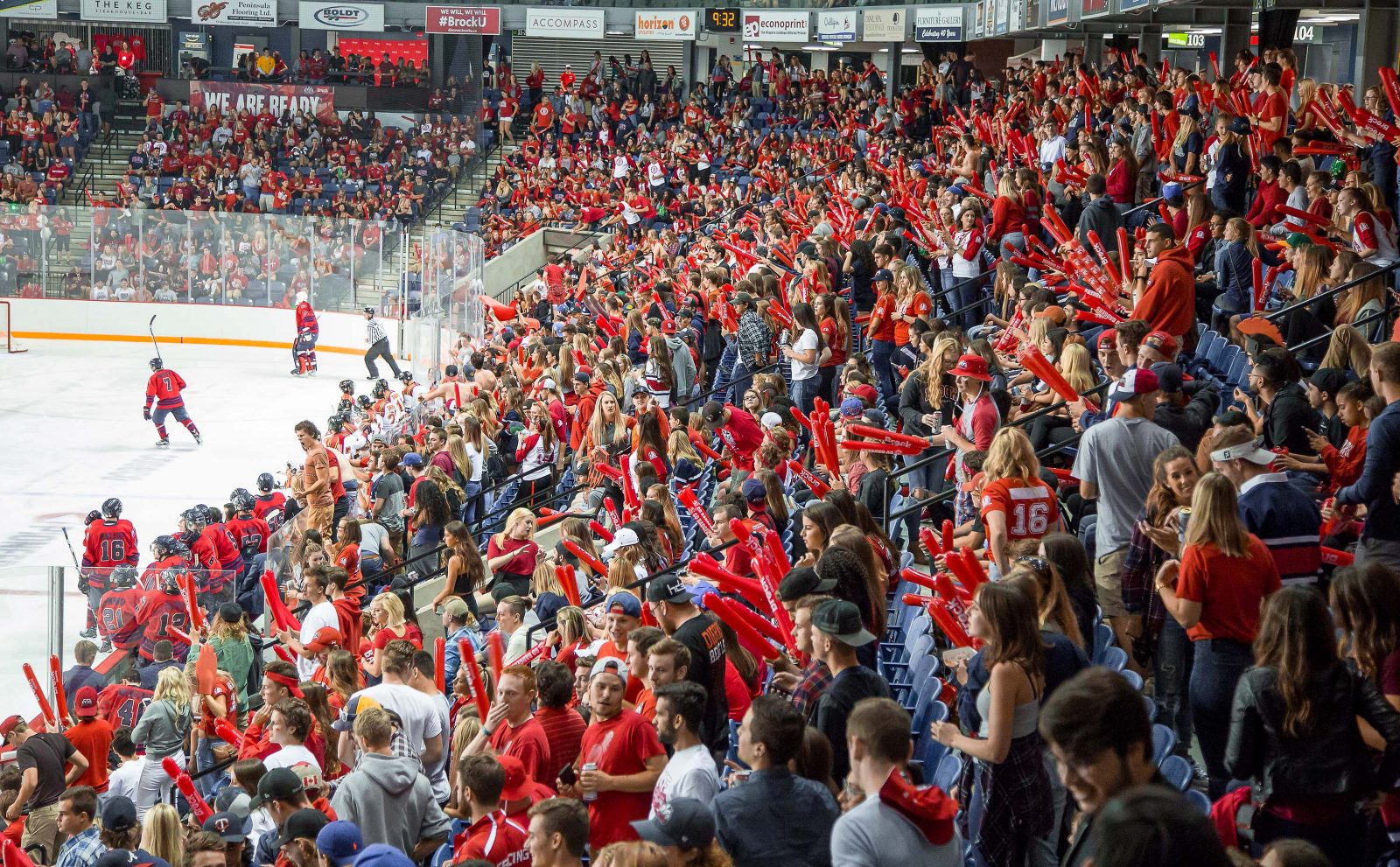 Nearly 4,000 tickets have already been picked up for the Steel Blade Classic hockey game between the Brock Badgers and Guelph Gryphons Friday, Sept. 15 at the Meridian Centre in downtown St. Catharines.

If excitement can be measured in ticket sales, the Steel Blade Classic will be a rocking affair Friday night.

Just 12 hours after complimentary student tickets became available for the Brock Badgers’ annual men’s hockey game at the Meridian Centre, a request had to be made for more to be released after a record 2,541 tickets were scooped up.

It demolished the old single-day record of 964 students tickets picked up, and brings to nearly 4,000 the number of tickets now spoken for with more than three days to go before the annual downtown Homecoming Tailgate Party and Brock Badgers hockey game Friday, Sept. 15. 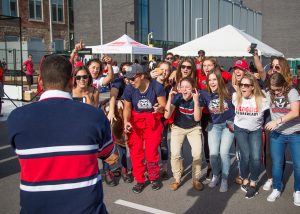 Brock students gather for a photo at the Homecoming Tailgate Party in 2016.

“The Homecoming Tailgate Party and the Steel Blade Classic at the Meridian Centre last year was a massive success. There’s so much excitement at Brock about this year’s game that we know it’s going to be even bigger,” said Brock Sports Director Neil Lumsden. “The Steel Blade is a great example of the momentum being created in the community around Brock Sports showcase events.”

This marks the 19th year for the Steel Blade Classic, now contested as a one-game showdown between the Badgers and the rival Guelph Gryphons.

While the game itself starts at 7 p.m., the festivities kick off with the tailgate party starting at 4 p.m. in the parking lot of the Marilyn I. Walker School of Fine and Performing Arts, across from the Meridian Centre.

The party is free and open to the public, and will feature music, a barbecue, beer tent, family-friendly activities and more.

The game itself will include a tribute to the 50-year history of Brock men’s hockey. It was one of the first varsity sports ever offered at the University, with the first hockey team — known as the Brock Generals — kicking off its inaugural season in 1967. 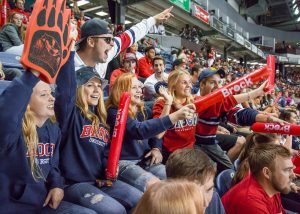 More than 3,500 people packed the Meridian Centre for the 2016 Steel Blade Classic.

To commemorate that history, the Badgers playing Friday night will wear throw-back Brock Generals jerseys, and members of that first team will be in attendance for a reunion. John O’Brien, who scored the first Brock goal in league play during that first year, will drop the opening puck along with Brock President Gervan Fearon.

It may be a pre-season game, but for the current roster of players, the Steel Blade Classic is one of the biggest games of the year.

“Being the new coach and seeing the success of the game and the excitement it generated in the community last year, I can’t wait to be part of the Steel Blade Classic,” said Marty Williamson, a former Niagara IceDogs coach who became the head coach of the Badgers last month. “I’ve been very impressed with how hard our players have been working and how focused they are to give their best effort Friday. The Brock students, alumni and the community have made the Steel Blade Classic something we all look forward to.”

Tickets for the Steel Blade game are available online at www.steelbladeclassic.com. Prices are $15 for adults and $10 for students and seniors. 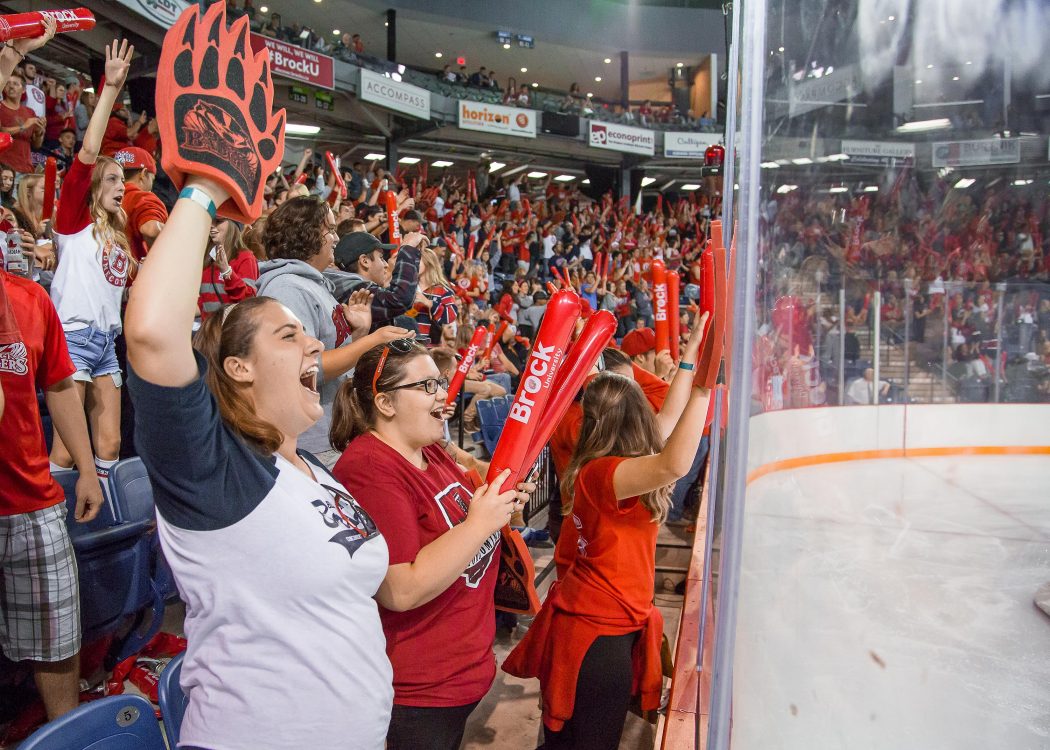 Buses will take students from the Brock campus on Sir Isaac Brock Blvd. to the Meridian Centre Friday night.

The Steel Blade
The Steel Blade Classic trophy, which carries the name of the annual champions, was a donation of the Werner family. The sword is an 1803 pattern, non-commissioned officer’s
“hanger.” It was the sword carried by sergeants of the Upper Canada Artillery Units and Royal Artillery during the War of 1812.