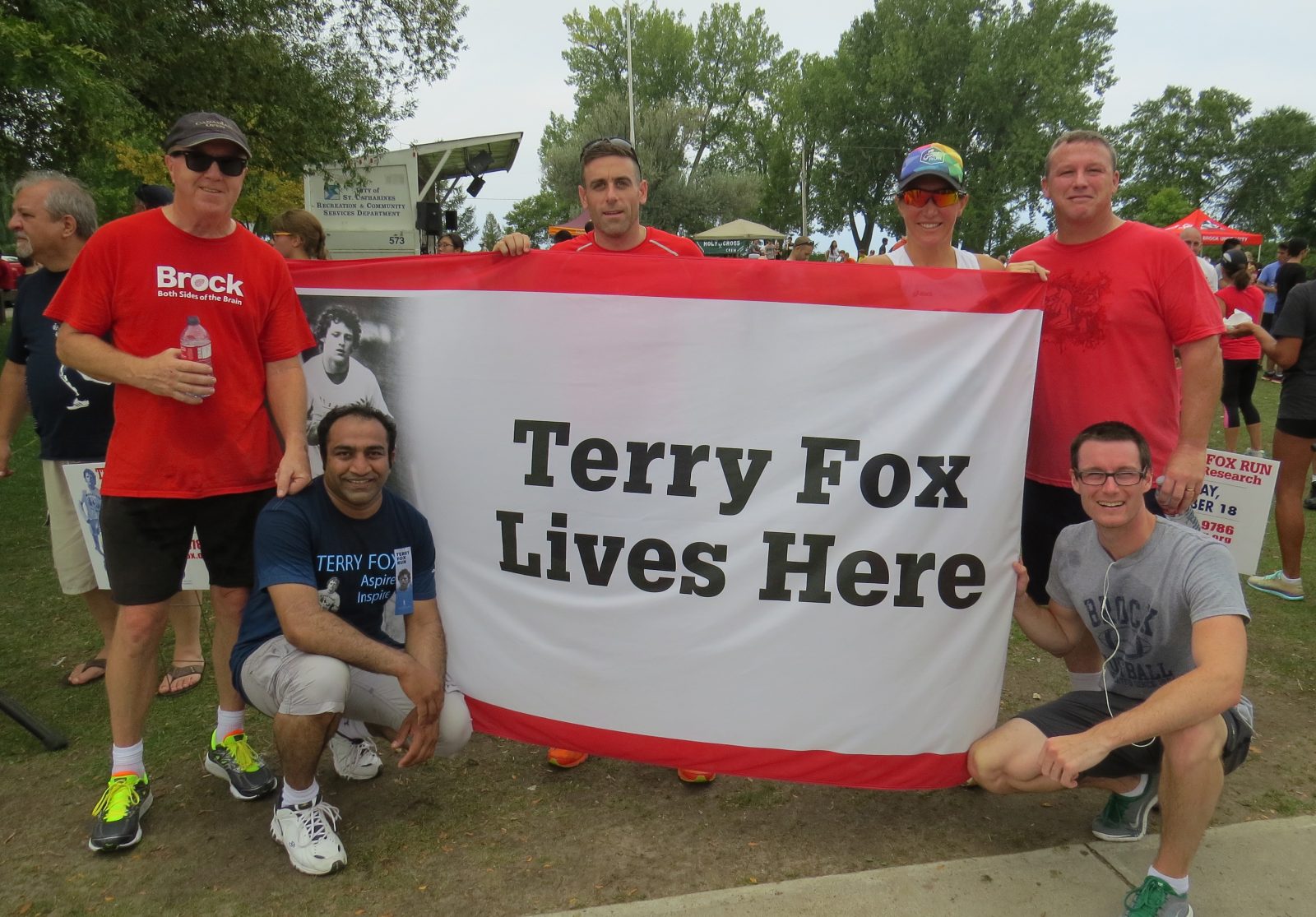 Part of the Brock University team after finishing the 5km Terry Fox Run in 2016.

Why students are choosing to go to college in Canada instead of the United States: Brock University Director of International Services Leigh-Ellen Keating received additional coverage on MSN.com after being quoted in a story last week about increased interest in Canada for post-secondary students from abroad.

Terry Fox Run moves to Brock: Brock University President Dr. Gervan Fearon is quoted in the St. Catharines Standard about welcoming the Terry Fox Run to campus. The story was featured in all Postmedia Niagara dailies and weeklies. A separate story about Brock hosting the popular September event was also featured on the website of local radio station EZ Rock 105.7.