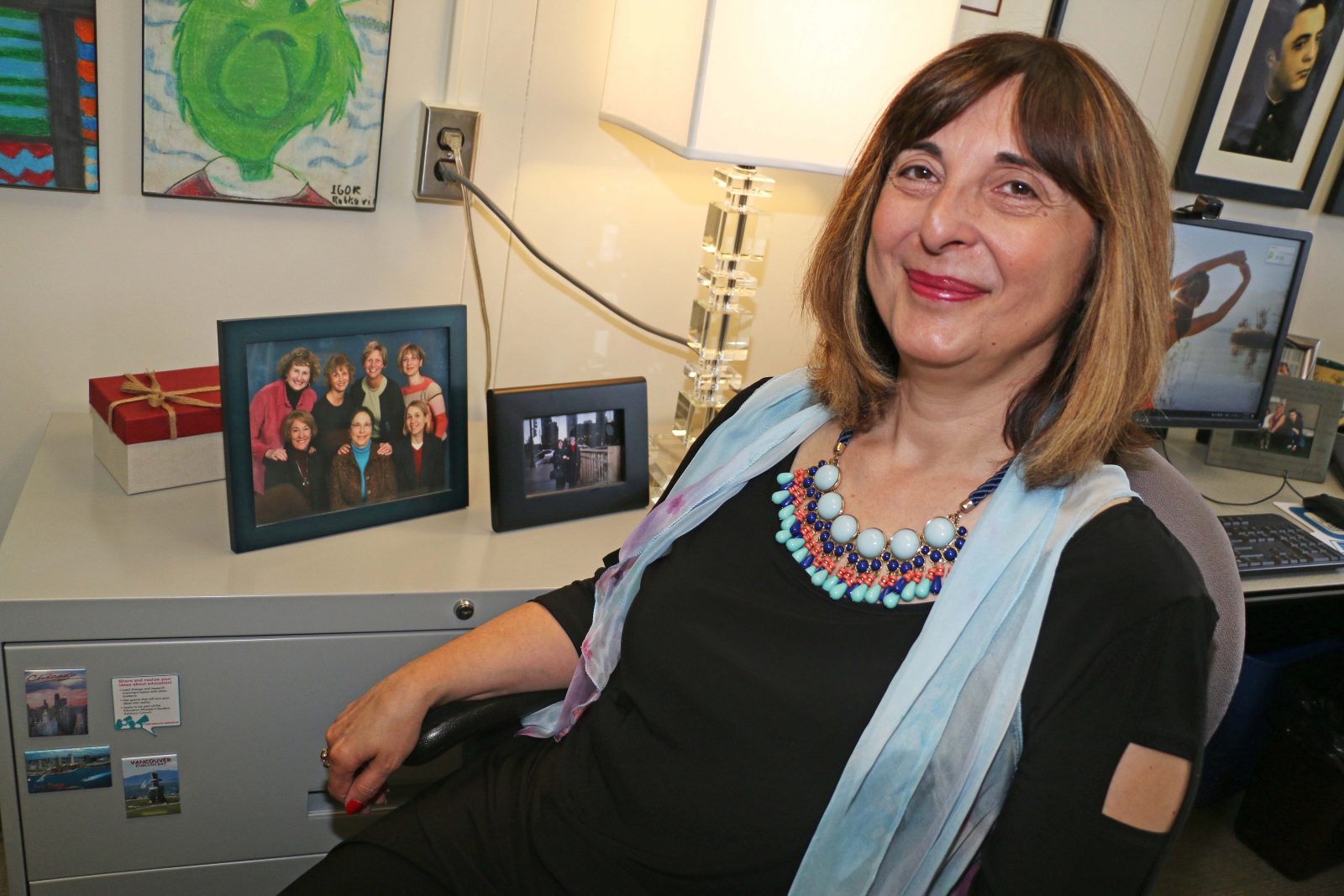 Snezana Ratkovic, Brock University research officer and instructor for the Faculty of Education, is using her refugee experience as inspiration for her research.

When Snezana Ratkovic moved to Canada, she had to begin from scratch.

She didn’t speak the language. Didn’t have a job. And, aside from her husband and two young sons who made the trek with her from the former Yugoslavia, she had no support network waiting in the country she now calls home.

It’s a far cry from where the Brock University research officer and instructor for the Faculty of Education finds herself today.

Ratkovic’s experience has inspired her own research, as she looks at the path taken by other women from Yugoslavia who sacrificed their careers to start again in Canada.

Before fleeing the war-torn European nation in 1998, Ratkovic worked as a high school science teacher. She arrived in Canada as a refugee under a private sponsorship.

Her credentials unrecognized and a language barrier in her way, the 34-year-old wife and mother worked three jobs — cleaning hotel rooms, delivering newspapers and working fast food — in hopes of improving her family’s circumstances.

“The first idea was to survive,” she said while thinking back to the challenging time.

She scrounged together the funds to begin intensive English language classes at Brock, and in 1999 was on her way to bettering her life.

Ratkovic has since earned her PhD in Education, while simultaneously building a successful career at the University, working her way up from a lab demonstrator to her current position. She is also a research fellow with the Department of Graduate and Undergraduate Studies in Education.

Fascinated by the experiences of refugee women who often have to rebuild their careers once moving to a new nation, Ratkovic made it the focus of her PhD research.

“We research who we are,” she said. “I explored the experiences, transitions, and identities of refugee women teachers from the former Yugoslavia who immigrated to Ontario and Quebec during and after the war.”

Ten women, including Ratkovic, were interviewed for the project.

“The women were all grateful to come to Canada and to be accepted, but at the same time, they lacked recognition as professionals,” Ratkovic said. “Some say shelter is not enough. They wanted to contribute to society — that’s what would make Canada their home.”

None of the women who participated in the study returned to their previous positions.

The distance between nations left some women struggling with the separation from friends and family, and others feeling as though they had multiple homes.

“For them, it’s not about being in between two cultures,” Ratkovic said. “It’s about embracing those cultures and thinking, and living, in transnational terms and transnational identities.”

Refusing to let her findings sit on a shelf to collect dust, Ratkovic, with help from her Faculty of Education colleagues and Service Learning grants, recently used her research to create a short play, We Want to Paint on the Walls of the Cave, that was performed at the In the Soil Arts Festival in April.

“The title means I want to do more than survive,” she said of the production, which focuses on decolonizing Canada through art and artistry. “I want to be creative. I want to be artistic. Although precious, shelter is not enough. I want to teach. Teaching is my freedom. I want to be who I am.”

The main idea of the play, she said, was to “honour refugee, immigrant, and indigenous women’s voices, and to start a conversation between these communities and the larger Canadian community.”

The play has inspired Ratkovic to also lead three independent studies at Brock focused on immigrant, refugee and Indigenous experiences. Participating students are learning about arts-based knowledge mobilization, performing in the play, comparing their own experiences with the literature they are reading, and writing a reflection paper in response.

Looking back on her journey, Ratkovic said it was a difficult road but one she’s glad she travelled down and has the ability to share with others.

“It’s important to understand all those connections between Canadian-born, immigrant, refugee and indigenous people; how to learn from each other, how to coexist and live with each other and for each other.”

Ratkovic hopes change is on the horizon, with immigrants not losing their professional credentials in order to start a new life elsewhere.

“People with PhDs, master’s degrees have to start from the ground up again. They have to clean hotel rooms, drive taxis,” she said. “Human potential is lost. I’m not OK with that. We can do better.”

Ratkovic plans to continue her research on the topic and is also in the process of developing a more in-depth version of her play that will be performed at the Festival of Readers in downtown St. Catharines in November.