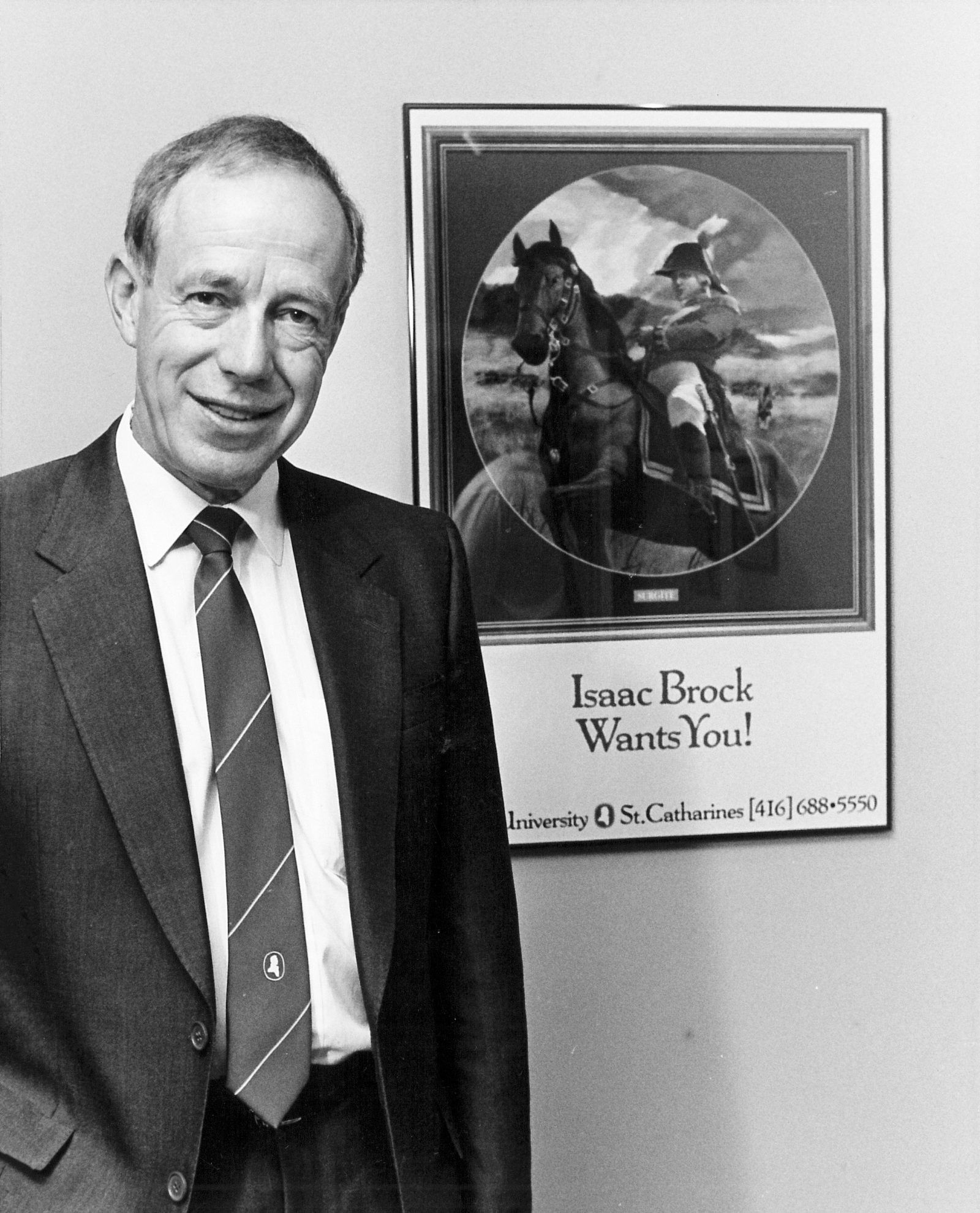 Former trustee and longtime Brock University supporter Ken Fowler is being remembered for his many contributions to the institution.

The successful St. Catharines businessman and well-known philanthropist, who played a pivotal role in construction of Brock’s Taro Hall, died Monday night while on vacation in the Caribbean. He was 90.

Defined by many as a self-made man, Fowler built a successful real estate career in St. Catharines, becoming the city’s largest broker before turning his interest to development.

The owner of Ken Fowler Enterprises Ltd. contributed close to $1.5 million to Brock University over the years, supporting a number of campaigns and scholarships.

He was one of the founding contributors to the Taro Building Capital Campaign, donating $1 million through Taro Properties Ltd. in 1989.

In addition to his transformative donations, Fowler served on Brock University’s Board of Trustees from 1988-2000, taking on the role of chair from 1996-97.

Ontario Superior Court Judge David Edwards sat on the board with Fowler for several years.

Edwards, who served from 1995-2006, including time as chair from 2000-03, said his former board colleague was instrumental in orchestrating the $1-million gift from Taro Properties, which was the University’s first-ever million-dollar donation.

“Ken was passionate about education,” Edwards said. “In his charitable endeavours he always tried to find situations where he could help people develop tools to improve their lives, and he thought Brock had a critical role in assisting young people to develop those tools.

“He was also excited and enthusiastic when he talked about Brock and its role in the future of Niagara.”

Fowler’s efforts as a Brock ambassador were recognized in 1991 when the University presented him with an honorary degree.

David Atkinson, President at MacEwan University in Edmonton, served as Brock’s president from 1997-2005 and worked with Fowler during his tenure.

“He had an enormous impact on me both professionally and personally,” Atkinson said.

“After 20 years as president of several universities, I still consider Ken one of the best board chairs with whom I have worked.”

Atkinson said Fowler was “passionately engaged with Brock, giving of his wisdom, his energy and his time.

“Ken was equally generous as a donor, committed to improving Brock and the entire Niagara region. Along with (then-Chancellor) Bob Welch, Ken provided leadership during a very exciting and enormously positive period of Brock’s history.”

Fowler was known for his philanthropic efforts and in 1987 established the Fowler Family Foundation. The organization has provided support to many local groups including Quest Community Health Care, Community Living Niagara and Pathstone Mental Health.

Funeral details have yet to be announced, but a service is expected to take place in St. Catharines late next week.