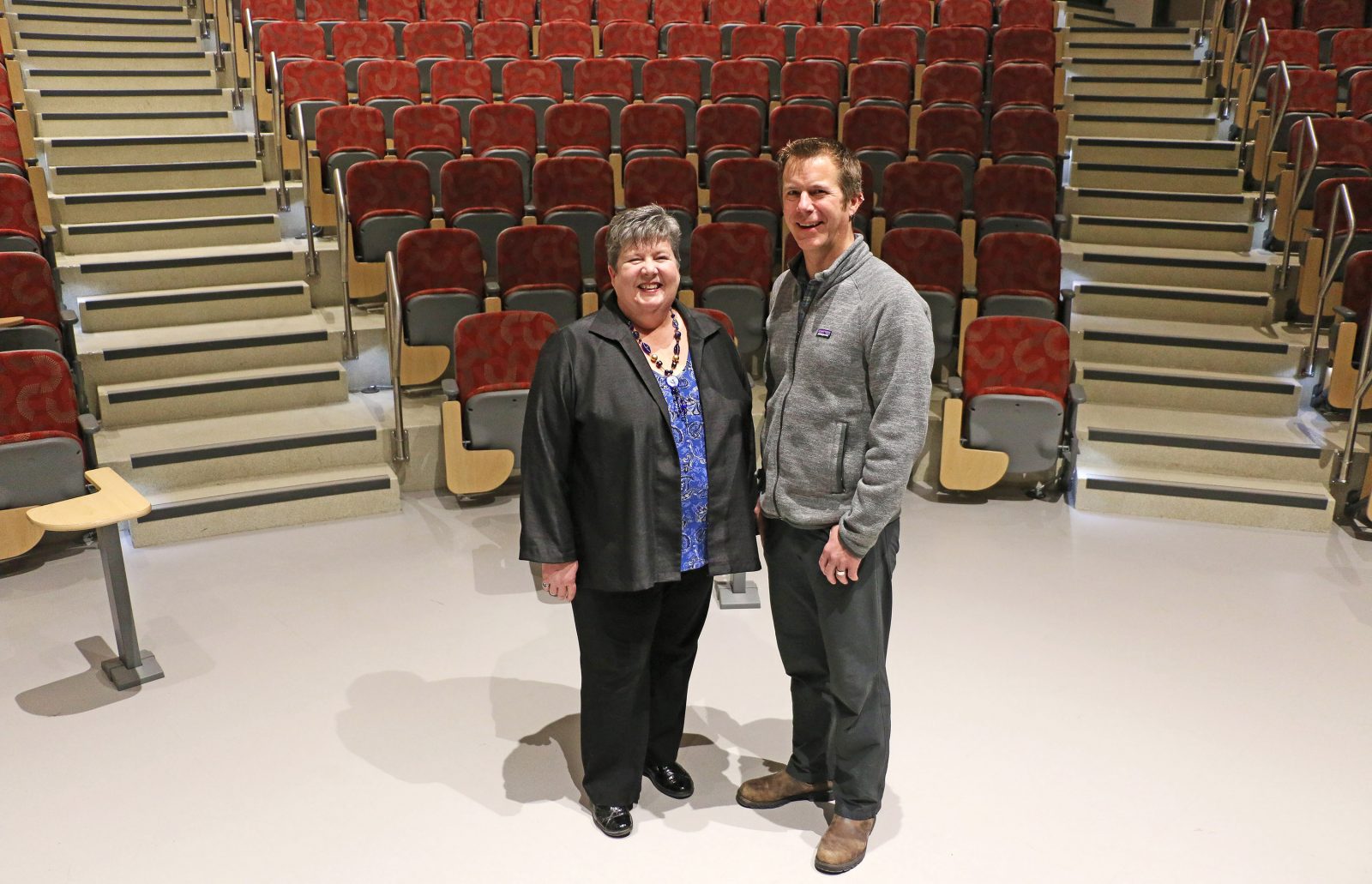 Brock University professors have won two of this year’s 3M National Teaching Fellowships. Considered Canada’s most prestigious prize for teaching excellence at the university level, only 10 are given out nation-wide each year.

Tim O’Connell is a Professor of Recreation and Leisure Studies, and Nicola Simmons is an Assistant Professor of Education.

O’Connell was humbled by the honour, but quickly acknowledged the work of his students, colleagues and Brock’s administration for their contributions to his classroom success.

“It really is a group effort,” he said. “I don’t think you can be a good educator without having great people to work with. There are a lot of people behind this.”

O’Connell, who joined Brock in 2006, has received significant praise for co-founding the BaseCamp leadership program, where novice students with little experience in outdoor recreation are teamed with senior students for five days of hiking, canoeing and rock climbing that help foster student success and confidence. It’s a model that has been adopted as a best practice by other Canadian universities.

Simmons, in the Department of Graduate and Undergraduate Studies in Education, has also made her mark on the country’s educational landscape. She established Scholarship of Teaching and Learning in Canada, chaired the Educational Developers’ Caucus, and served as vice-president for the International Society for the Scholarship of Teaching and Learning.

Simmons, who began her post-secondary teaching career in 1986, continues to use innovative methods to engage students. Her approach may lead students to rewrite a course reading as a free verse poem, build with Lego in order to consider the connection between theory and practice, or examine the learner experience by participating in a martial arts class.

While both winners like to take unconventional approaches in the classroom, they said it’s their campus support systems that allow those innovative methods to succeed.

“You can’t teach or lead if there aren’t people willing to come along with you,” Simmons said. She feels the 3M Award also celebrates the trust shown to educators in the classroom.

“It’s clearly a reflection of not only their dedication within the classroom, but also how they have enriched the culture of teaching across the Brock campus, thereby contributed to the scholarship of teaching and learning both provincially and nationally,” she said.

The selection of two of Brock’s faculty to win this award in a single year clearly demonstrates Brock’s emphasis on teaching excellence and student-centred learning, Lathrop said.

“Ensuring a fantastic student experience is a key goal at Brock and great teaching is central to that end,” said Tom Dunk, Interim Provost and Vice-President, Academic.

O’Connell and Simmons are “keeping Brock’s tradition of pedagogical excellence alive and well,” he said. “We are all extremely proud of them and grateful for their dedication and commitment to their craft.”

Since 1989, Brock faculty members have won 11 of the 3M Awards, ranking in the top 5 among all Ontario universities.

The 3M National Teaching Fellowship awards will be presented at the Society for Teaching and Learning in Higher Education conference in Halifax in June.

The recipients will gather again for five days in Quebec in November to discuss teaching strategies and to potentially champion a project together.

“This is just such a gift,” Simmons said, excited to work with her fellow recipients. “It’s a gift rather than an award.”