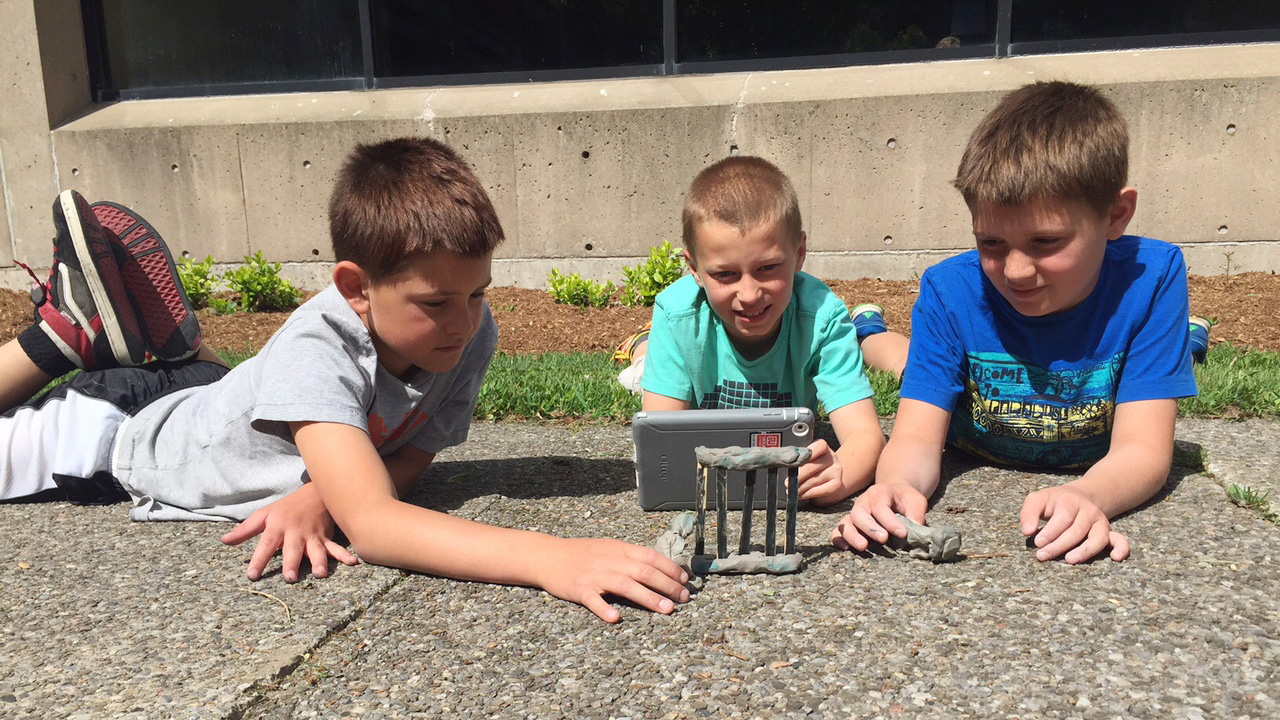 Contrary to popular belief, the population of 20-somethings in Niagara is increasing, so efforts to attract and keep young people in the region need to be extended to more age groups, new Brock University-led research shows.

Youth attraction initiatives in communities tend to focus on those in the 20-29 age bracket. However, the Niagara population of people in their 20s has actually grown over the past 15 years, says the latest Niagara Community Observatory brief, titled Growing Niagara: A closer look at Niagara’s aging population.

The details of the brief were released Tuesday at a public presentation held at White Oaks Conference Resort and Spa in Niagara-on-the-Lake. 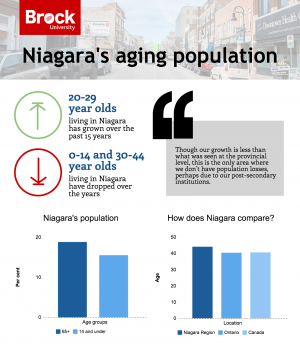 “Though our growth is less than what was seen at the provincial level, this is the only area where we don’t have population losses, perhaps due to our post-secondary institutions,” says the brief, co-written by Carol Phillips at the NCO and Adam Durrant from the Niagara Workforce Planning Board.

Meanwhile, the numbers of people aged 30-44 and 0-14 living in Niagara have dropped over the years.

“Assuming the latter are typically the children of the former, this illustrates the extent to which Niagara is not replacing its aging population,” says the brief. “This suggests that the focus of youth retention and attraction should be broadened.”

The brief provides closer examination of population numbers in Niagara, focusing on its age characteristics.

“As Niagara’s decision-makers look for ways to improve our community’s economic prosperity in the coming years, it’s vital they get the information they need,” says Phillips. “Our goal with this brief is simply to provide a piece of that information.”

Niagara Regional Council set its Strategic Priorities Implementation Plan in 2015 to increase the region’s “global attractiveness” and improve its economic prosperity. Attracting and retaining a younger skilled labour force is part of that strategy.

“We focus on age of population in this brief,” says Phillips. “Our numbers suggest young families are leaving. The next step is to identify why they are leaving.

“Intuition tells me that as they move up in their careers, they move on to better jobs outside of the region and don’t want to commute too far. But that needs further research.”

A 2016 MoneySense article ranked St. Catharines 139 out of 219 cities in a survey of Best Places to Live in Canada. Niagara Falls was No. 152 and Welland ranked No. 177. It looked at quality of life indicators such as incomes and unemployment rate, crime, taxes, transit, walkable neighbourhoods and the vibrancy of the sports and arts community.

This new brief discusses some of the strategies being used in other communities, such as job programs, improved amenities, and better websites.

“There is no simple or single solution to addressing demographic challenges,” says Durrant. “Population changes at a local level require very long-range planning and a range of ongoing efforts to support multiple age groups that can lay the foundation for the future we would like to build.”