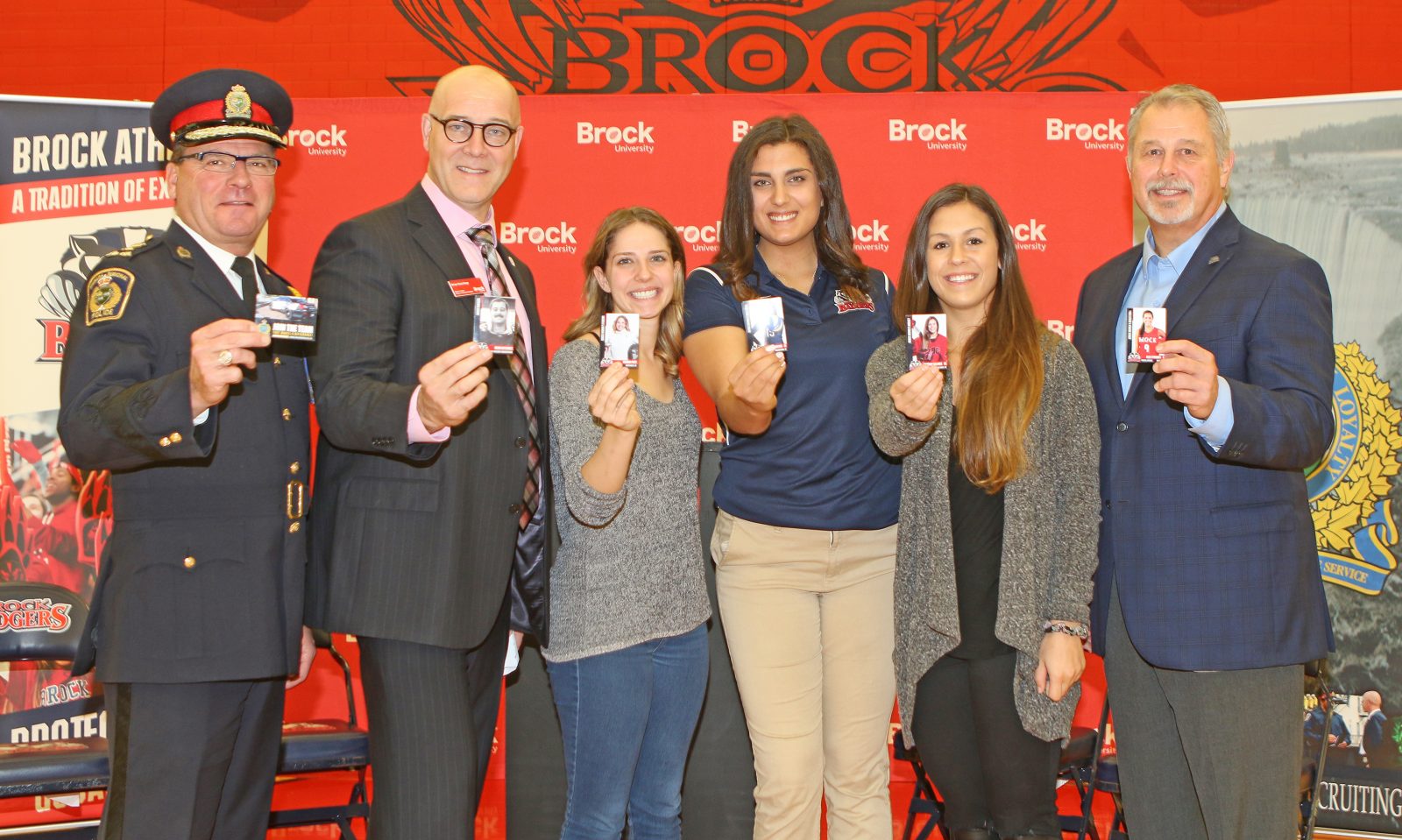 Brock Sports and the Niagara Regional Police Service have expanded their partnership with a community initiative which will promote both organizations through student-athlete and police officer community trading cards.

“We have a great partnership with the Niagara Regional Police Service,” said Brock Sports Director Neil Lumsden. “Having our student leaders visible on trading cards is an excellent way to engage youth in the Niagara region, while profiling the Brock brand.”

Both organizations are community leaders and strong role models to elementary school aged children in Niagara. Brock has more than 800 student-athletes and the NRPS has 700 police officers on the service.

“I am very proud of the longstanding relationship that the NRPS has with Brock University and particularly the athletes,” said Niagara Chief of Police Jeff McGuire. “This program we launched today will strengthen our collective team while enhancing public safety across the Region.”

These cards will be distributed through Badgers Care, IMPACT, Brock University Athlete Council programs and Badger Camps, as well as to local elementary schools and sports organizations.

Brock Sports will be producing three additional eight-card sets using other student-athletes by mid-January, 2017. In addition, a set of police cards will be launched prior to Christmas, which will feature, among others, Brock Badgers men’s hockey alumni C.J. Dickson, who was at Tuesday’s launch. More than 30 current Niagara Regional Police officers are former Brock student-athletes. 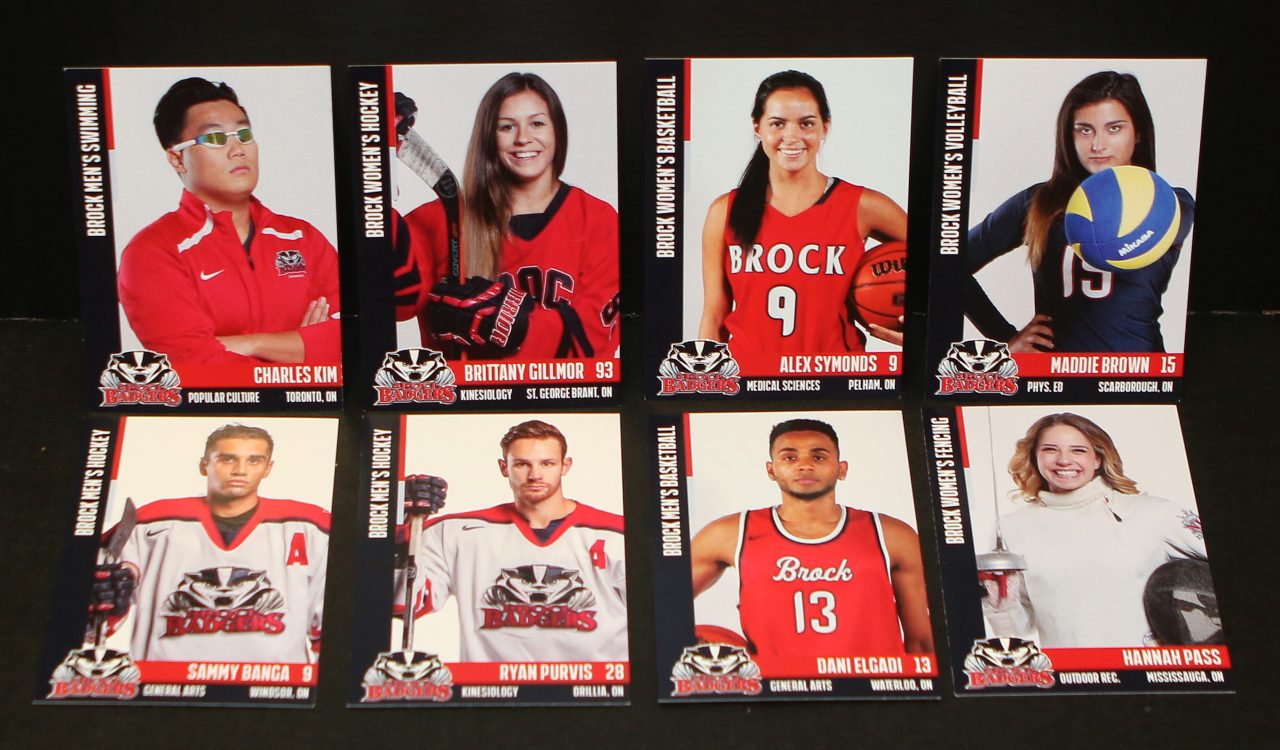