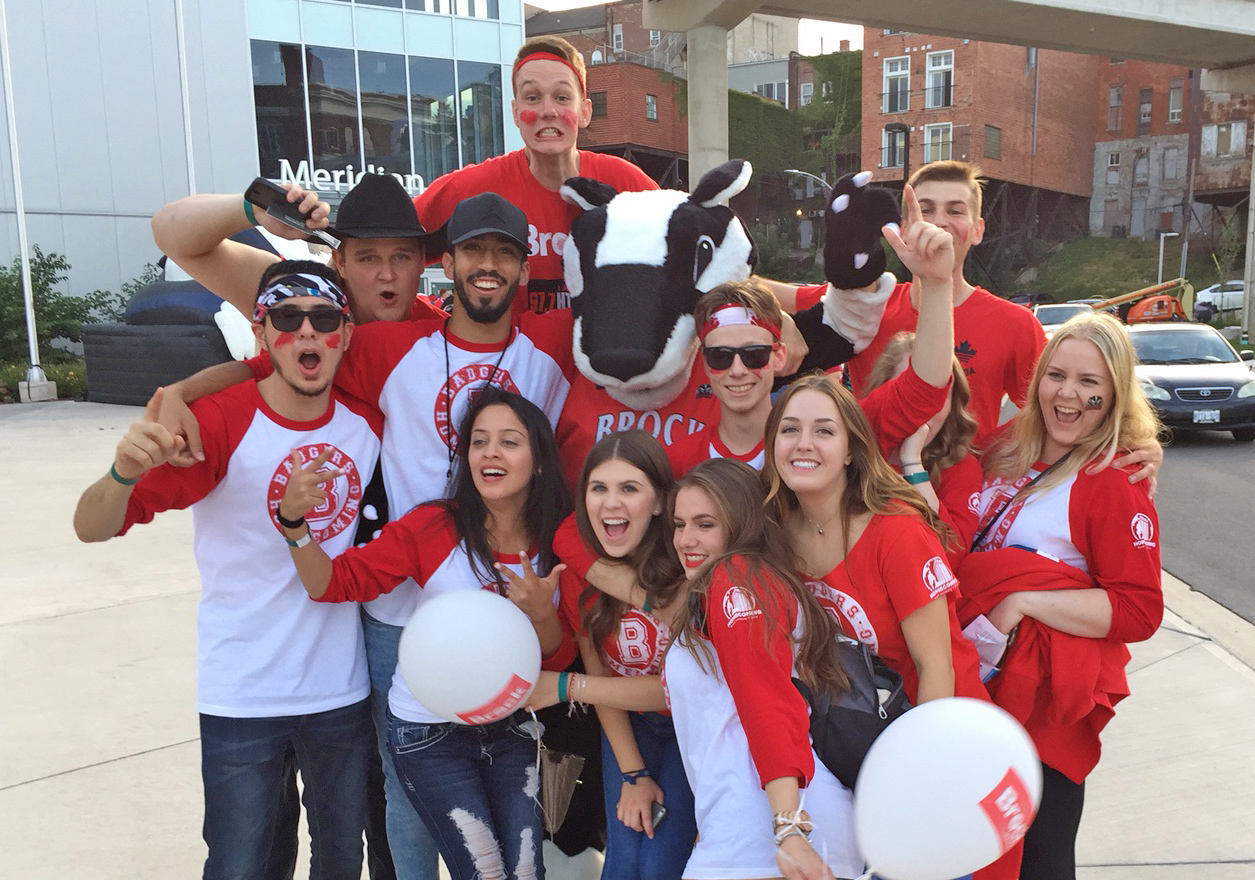 If there was any doubt the Homecoming Tailgate Party and Steel Blade Classic being held in downtown St. Catharines would become an annual event it went out the window Friday night.

A record Brock University crowd of 3,532 people packed the Meridian Centre to watch the Badgers men’s hockey team beat the Guelph Gryphons in a 4-3 thriller.

It was the first time the Steel Blade Classic had been held downtown, and Brock students filled the arena complex with an energy-filled sea of red.

“It’s great to see this Badger pride getting bigger and bigger,” said Acting President Brian Hutchings. “There’s a wave of energy with our students inspiring our athletes and vice versa. Brock is a great place to go to school, but the student experience is incredible. It’s the icing on the cake.”

Before the game, the first-ever Homecoming Tailgate Party was held in the parking lot of the Marilyn I. Walker School of Fine and Performing Arts and the event was a huge success with a massive crowd enjoying music, games, and a barbeque.

Director of Brock Sports Neil Lumsden said the turnout and atmosphere for the Tailgate and Steel Blade game downtown was proof the students will support big, off-campus events.

“If you set the right stage like we did with the Tailgate party and then a game like this with good competition, this is what you get. It’s staggering,” Lumsden said. “The idea was to build a level of competition and a rivalry with another University that we could do every year for the Steel Blade and that’s what we plan to do.”