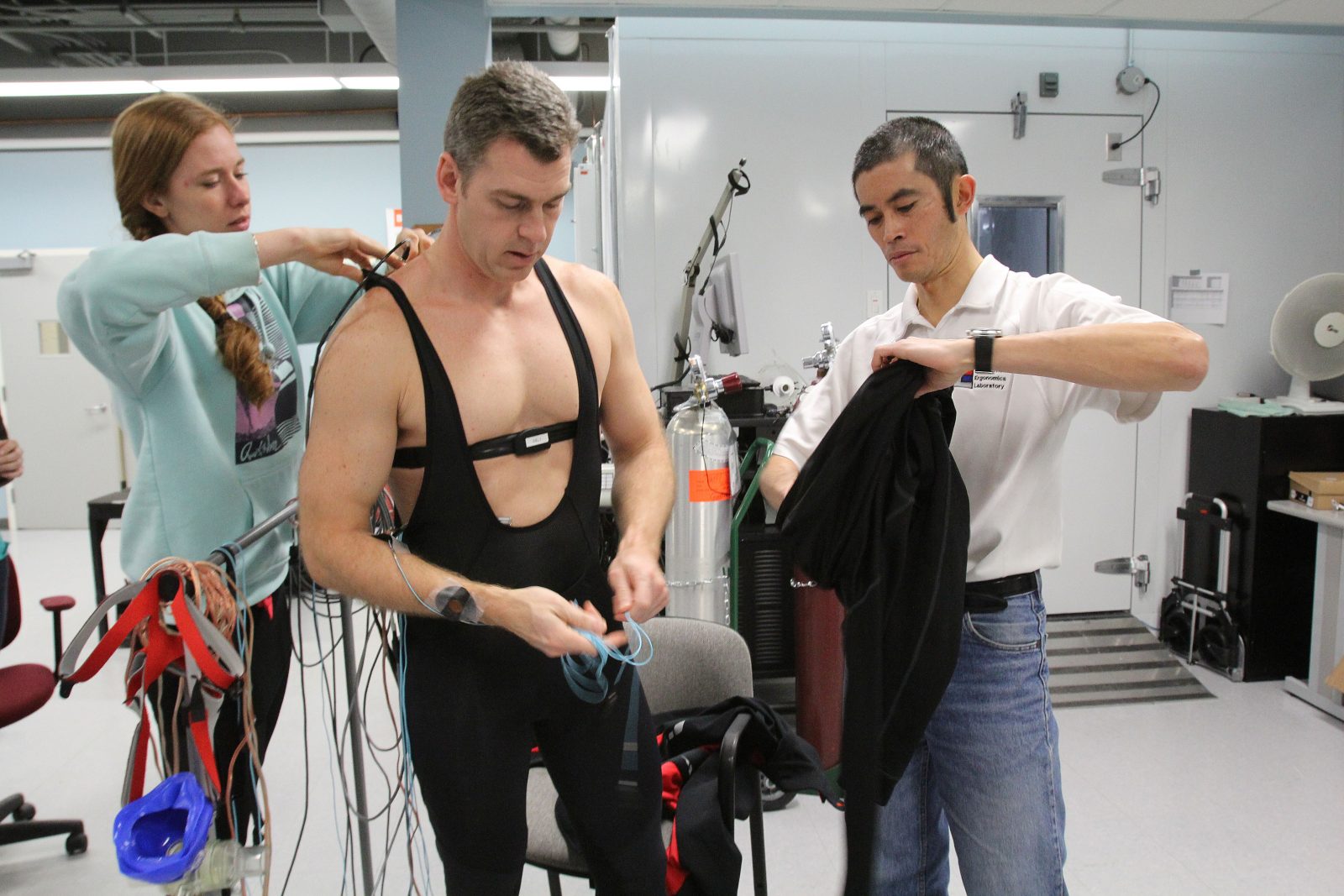 The way you talk to yourself as you exercise in the heat will make or break your workout, says new Brock University research.

While high temperatures do have an impact on brain, muscle and heart functions, what you tell yourself about the heat will determine how long you exercise, how hard you work, and how clearly you are able to think, says Stephen Cheung, professor in the Department of Kinesiology.

“This shows that our thoughts really can drive our performance,” says Cheung, who is Canada Research Chair in Environmental Ergonomics. “It continues the trend in research of being aware that it’s not just a physiological kind of mechanism for why we fatigue, but that there is a strong psychological component to it.”

Cheng and his graduate student Phillip Wallace instructed 18 cyclists and triathletes to pedal on stationary bikes at a constant speed for 25 minutes in 35-degree Celsius heat.

Following a 30-minute rest, participants were then given three computer tasks to test their memory, reaction time, ability to detect errors, and other mental abilities.

After completing those exercises, participants cycled on stationary bikes at a constant speed until they became exhausted, again in 35-degree Celsius heat.

Next, Wallace and Cheung randomly spilt the group into two. Half of the participants attended a two-week motivational self-talk training session in which they made lists of negative statements from thoughts they experienced during their exercise, including “It’s boiling in here – I’m so hot.”

The athletes then listed an equal number of positive statements and, for each exercise, chose five motivational self-talk statements such as “Keep pushing, you’re doing well,” or “I am focused.”

The other half of the participant group – the “control group” – did not undergo self-talk training.

“The group with the motivational skills training – who were just as hot, just as uncomfortable as the control group – were willing to extend the time that they were in those last stages of tolerance,” says Cheung.

“It’s not as if, by performing motivational self-talk, I don’t hurt as much,” Cheung explains. “It’s more like, I’m willing to push through and continue exercising for longer at that same very, very hard effort.”

Participants using their positive thoughts cycled three minutes or more longer than they did before their training.

“Those in the control group, when they got hot, felt the work was very hard, and they stopped fairly soon after,” says Cheung, adding that their performance was a bit lower than in the first round.

Likewise, participants who underwent the motivational self-talk training session performed better at the computer tasks than their control counterparts.

Cheung says that what’s different from previous studies is that his team focused on the impact of one psychological factor, self-talk, rather than including a range of psychological strategies like goal-setting, increasing one’s alertness, dealing with stress.

He says including the computer tests to measure cognitive ability is also new.

The results can also apply to firefighters, miners and others who work in hot environments.

“They can train themselves to re-assess how hot they are and really use mental and motivational skills training to counteract the discomfort they feel,” says Cheung. “They should be able to use it just as effectively as an athlete.”

The team’s paper, “Effects of Motivational Self-Talk on Endurance and Cognitive Performance in the Heat” (LINK) was published recently in the journal Medicine & Science in Sports & Exercise.