Move In Day a great introduction to Brock University 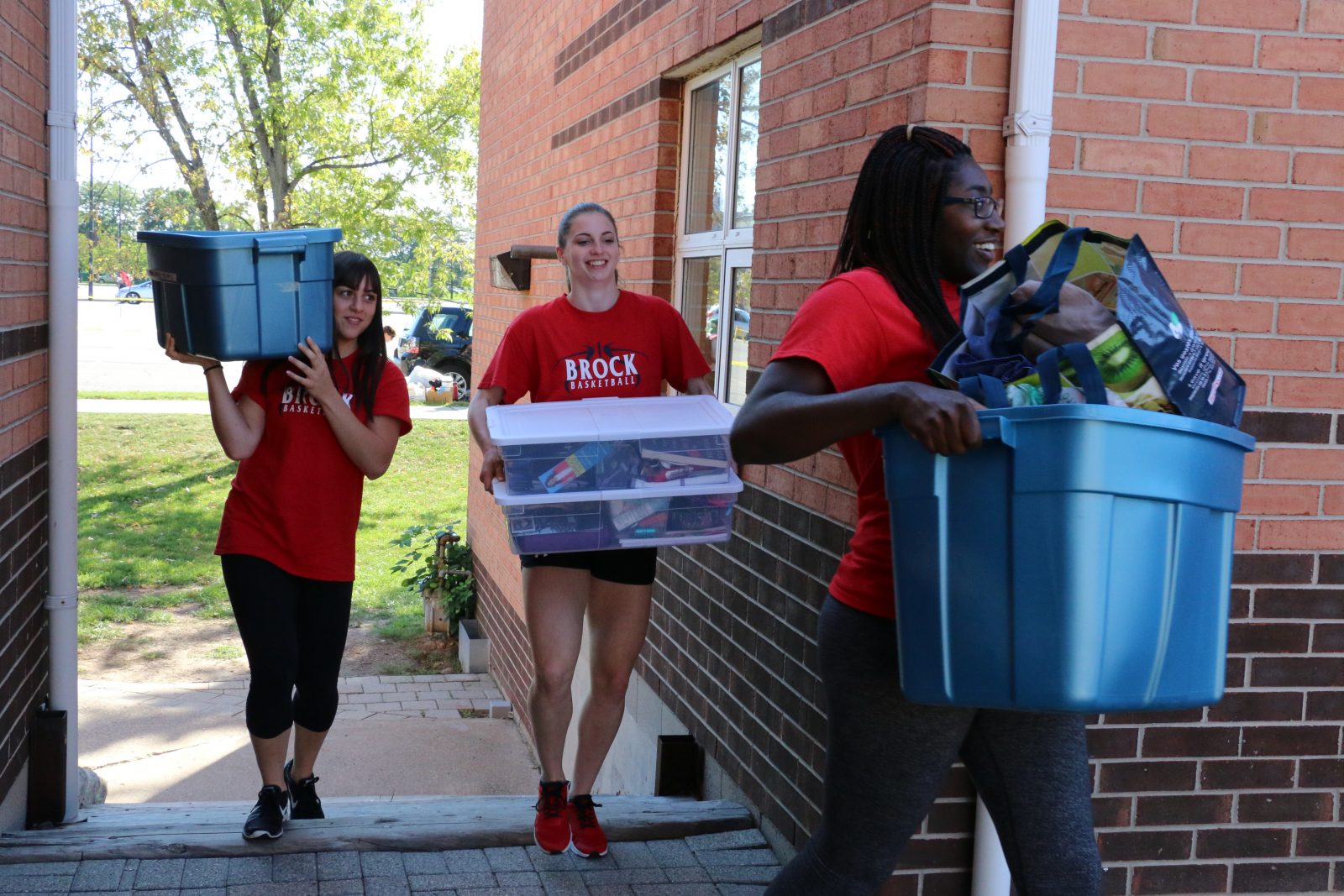 Brock University volunteers help out during Move In Day.

It’s a rite of passage for thousands of Brock University students every year. For Ben Tiernan, an 18-year-old student from Pickering, moving into residence is a major step in his life. It will be his first time living on his own.

He was all smiles Sunday as he moved into his new home in Lowenberger residence during Brock’s annual Move In Day.

He said the positive atmosphere during Move In Day — which saw more than 2,200 students move into residences in a well-choreographed, upbeat procession — was a great first day at Brock.

“It relieves a lot of stress knowing people are here to help,” Tiernan said. “There’s a lot of good energy.” 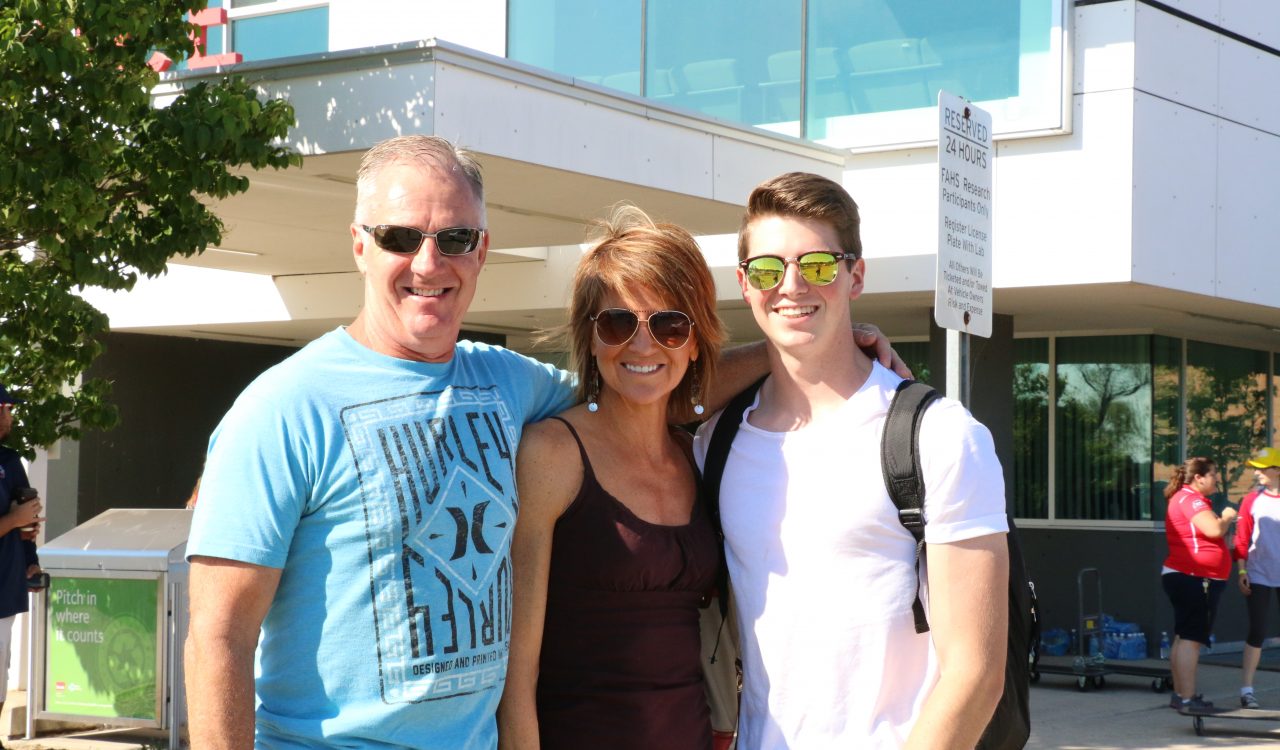 Ben Tiernan, right, with his parents Francine and Mike.

His mom Francine felt the same mix of emotions as she helped unload her son’s belongings, which were whisked away by a team of energetic volunteers.

“It’s exciting because he’s moving on to university but it’s nerve wracking because it’s his first time on his own,” she said, admitting there were a few tears Sunday morning.

She said if Move In Day is any indication of how Ben’s experience at Brock will be, he’s in good hands.

His dad Mike said he’s happy his son gets to experience residence life. He’s even a little jealous.

“That’s what I’m envious of — he gets that whole residence experience,” he laughed.

Shayna Augustine, from Leamington, already knows she likes living in residence. She moved in for the second time Sunday. During her first year, the psychology student lived in a double room but this year she’s opted for a room of her own.

“I really like the campus,” Augustine said, adding she feels safe and everything is close by. “It’s a lot easier than renting a house.”

Her mom Sherri said the safety of Brock’s campus was one of the main reasons she was happy her daughter chose the school, even if it is more than three hours away. 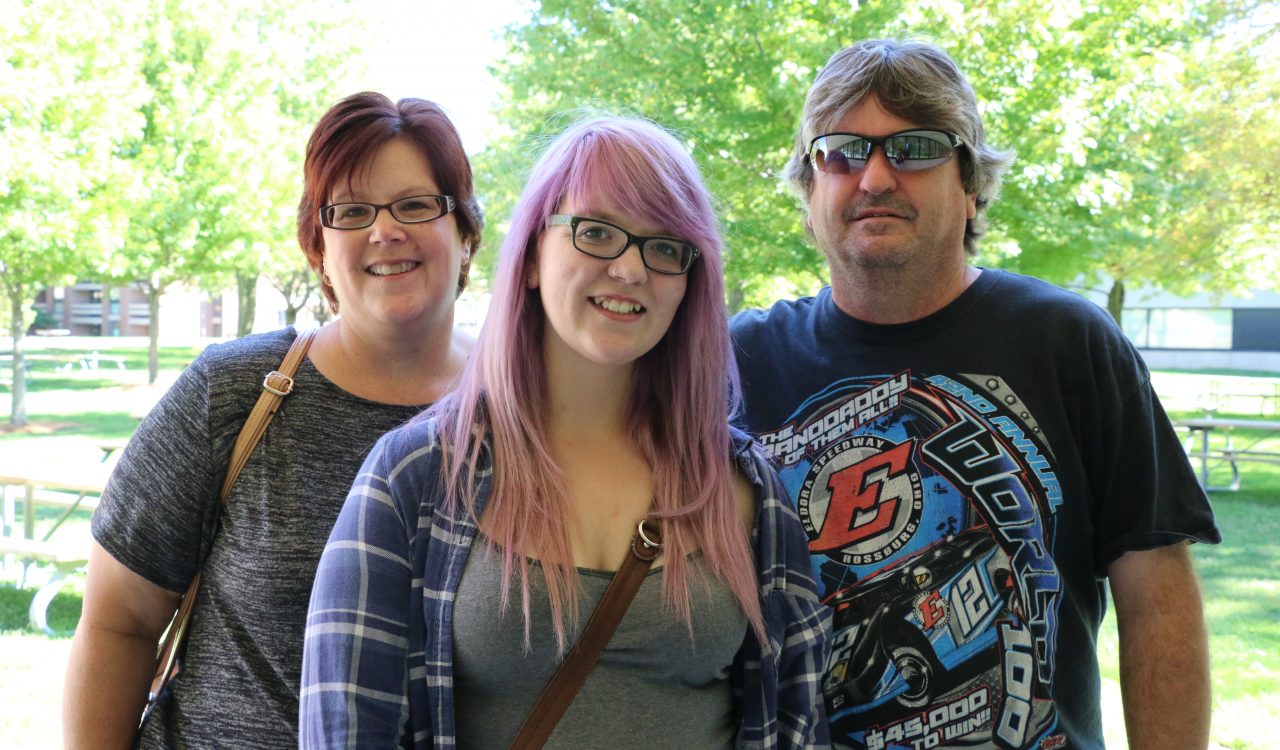 Shayna Augustine with her parents Sherri and David.

“The campus is contained, she doesn’t have to go off campus for anything,” she said.

The mood at Brock was festive Sunday as an army of more than 850 volunteers and 150 staff helped move in the 2,200 mostly first-year students.

“It wouldn’t be possible without the hundreds and hundreds of volunteers,” said Jamie Fleming, Director, Department of Residence.

He said the Badger spirit on display Sunday was something to be proud of with everyone pulling together to give students a proper welcome.

While many of the students have attended Brock for events like Fall Preview Day, he said for some Move In Day is their first time on campus.

“Brock does a really good job of making the new students feel excited and prepared,” he said.

Fleming said the best part of Move In Day is meeting the students and families, who are full of energy and enthusiasm.

As he looked around at the line of vehicles pulling up in an orderly line around Lowenberger parking lot; the quick moving queue at the sign-in table; and throngs of volunteers from Brock’s clubs, sports teams and organizations, he said “the planning starts a year in advance.”

Organizers of the day Sunday were already thinking about ways to make next year’s Move In Day even more of a well-oiled machine.

Nicole Chirichella, head resident of Vallee, said she remembers the fear of her first day at Brock. She was homesick but quickly got caught up in the enthusiasm of the day.

“This is one of the most exciting days of the year,” she said. “It’s such a great way to be introduced to Brock.”

She said the team atmosphere on display during Move In Day doesn’t end when the residences are full.

Acting President Brian Hutchings said the volunteers deserve a big thank you for making the day such a success.

“It’s a great first impression of Brock University,” he said. “We pride Brock as being a friendly campus and today is a great example of that.” 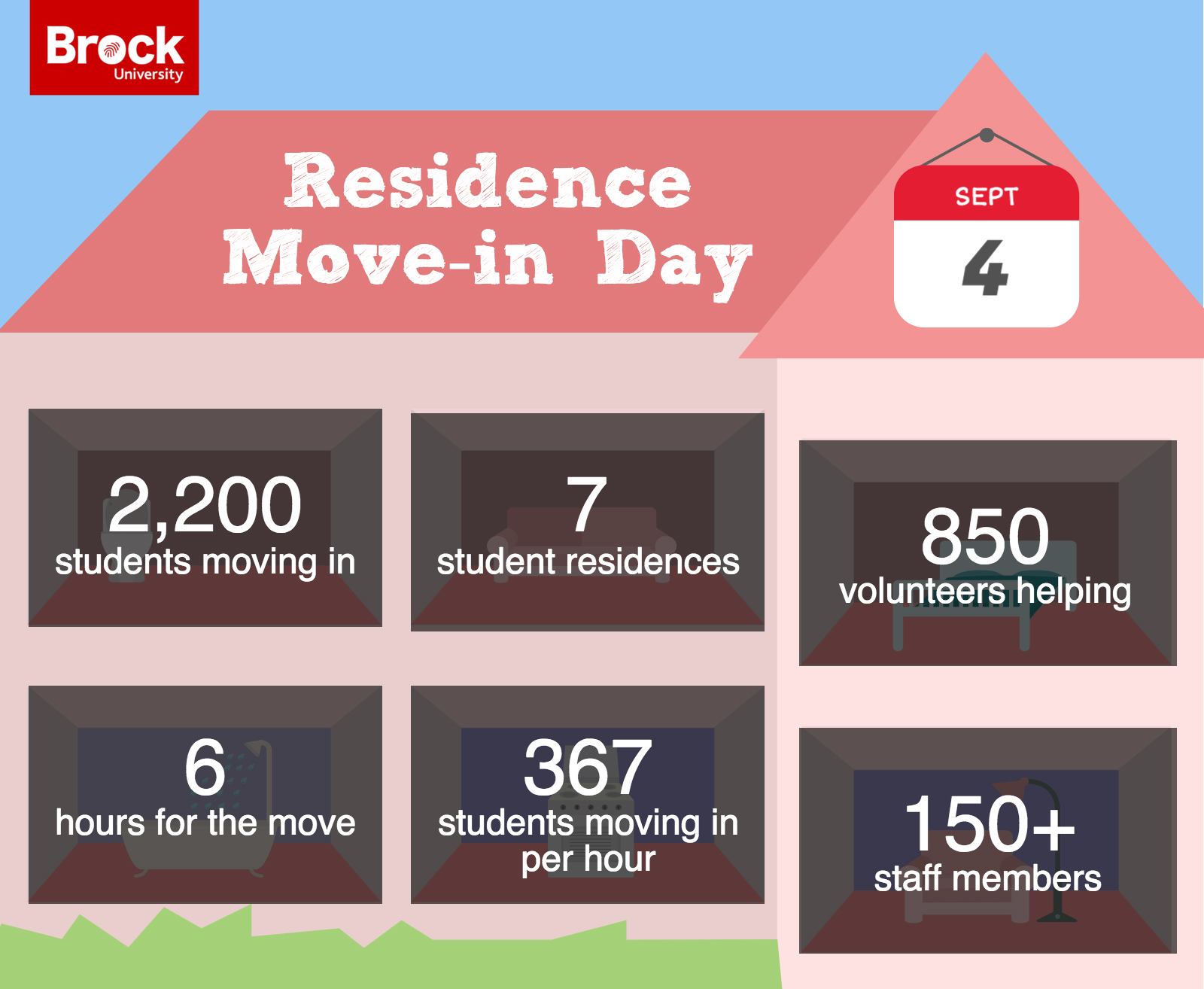 Move In Day by the numbers