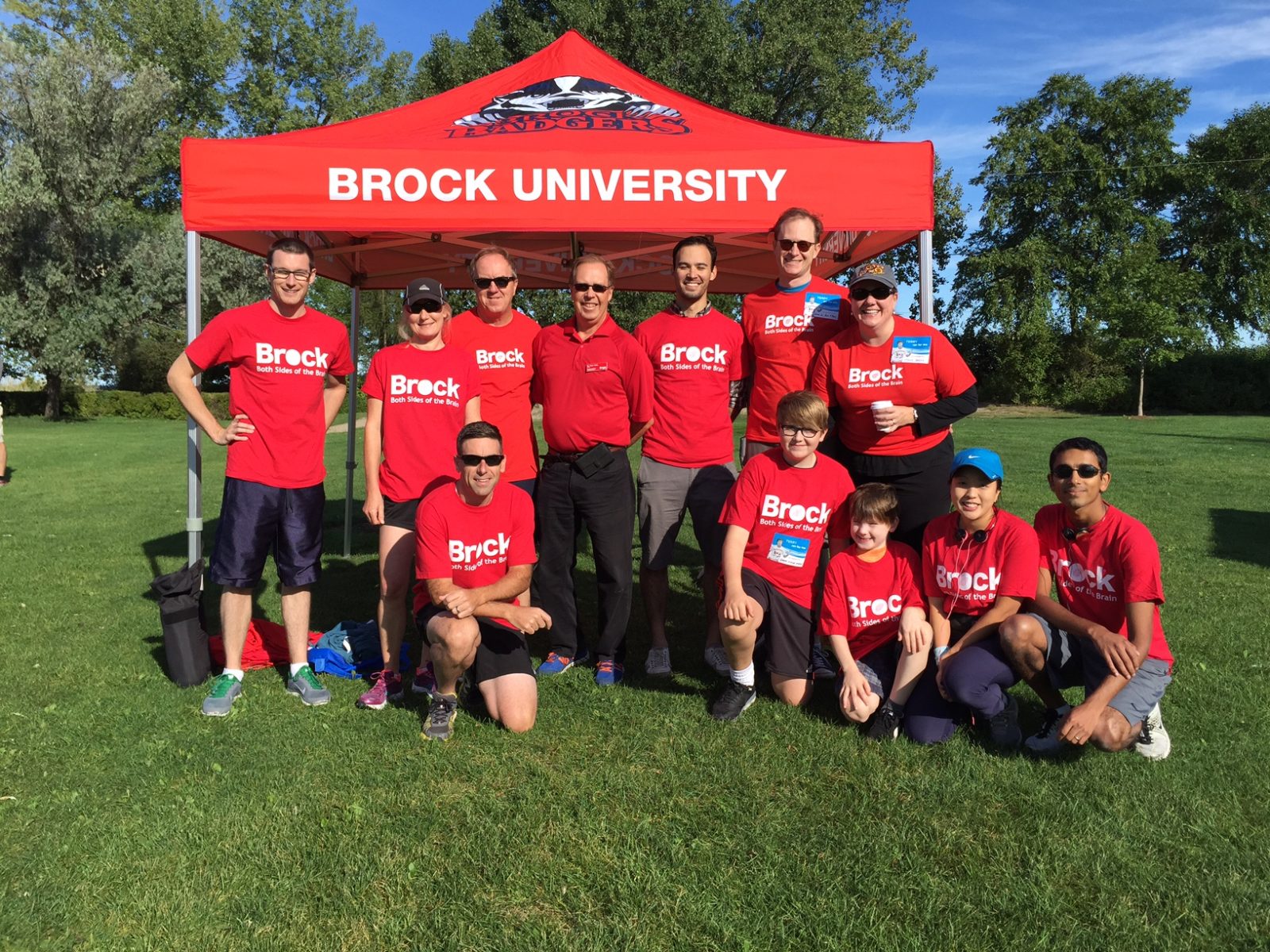 The Brock University team at the 2015 Terry Fox Run in St. Catharines.

When James Mandigo married Karen Natho, he wed into a tradition of supporting the Terry Fox Run.

In 1980, when the Marathon of Hope rolled through London, Natho’s father was part of the organizing crew that welcomed Terry Fox to the city.

“Ever since then, my wife has been involved and now it’s an important event for our family,” said Mandigo, Brock’s Vice-Provost, Enrollment Management & International.

This year, Mandigo is joining the Brock University team at the St. Catharines Terry Fox Run, which takes place Sunday, Sept. 18 at Lakeside Park in Port Dalhousie. Registration starts at 9 a.m. with the run getting underway at 10 a.m.

Brock benefits from the money raised for cancer research each year at the Terry Fox Run, and this year the University is hoping to attract more staff, faculty and students by including the St. Catharines run in its Homecoming schedule for the first time.

“It touches every single person on campus,” Mandigo said. “This run celebrates one of our great Canadian heroes. Terry Fox saw a problem, used his skills and did something about it.”

Ghavre is a member of a team who has partnered with Zymeworks, a Vancouver-based drug development company, to create a number of novel anti-cancer molecules that they will attach to antibodies. The antibodies act like a targeting system to carry molecules to cancerous cells and prevent them from multiplying, while sparing normal healthy cells.

Sunday’s 5-km Terry Fox Run is open to everyone and participants can run, walk, bike, rollerblade. Dogs on leashes are welcome. Register here to join the Brock University team.

Can’t make it? You can donate to the Terry Fox Run through the Brock team here.