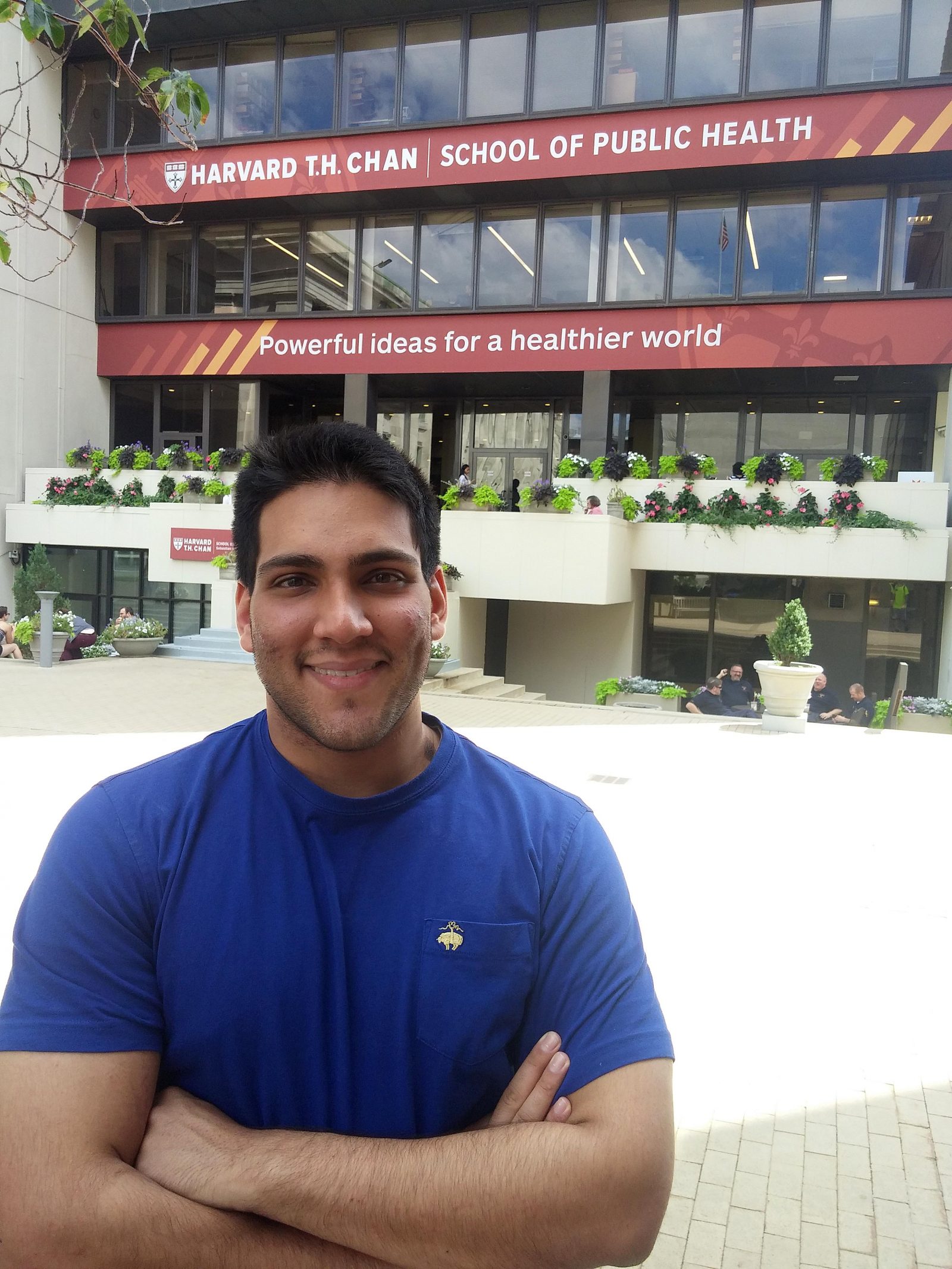 A Brock University graduate student is one step closer to attending his dream Ivy League school.

Harish Aggarwal (BSc ’15), an MSc student, said his education from Brock prepared him well for the rigours of Harvard University, where he attended the intensive Summer Session for Public Health Studies program.

The competitive, seven-week program introduces students to the core areas of public health, and is an important step in Aggarwal’s path to earning a Masters degree from Harvard.

Aggarwal, of Niagara Falls, is one of only 60 people worldwide to earn a spot in the program.

“It’s divided into two half-summer terms, earning 15 credits within the seven weeks. All of the work I completed goes towards earning a Masters of Public Health at Harvard, which I plan to return to in September 2017,” Aggarwal said.

In the weeks prior to beginning this new chapter in his academic career, he sought advice from then-President Jack Lightstone.

“He told me that there is nowhere that my Brock education would not prepare me for, and when I got there, he was exactly right,” he said.

“Even though I was intimidated by the fact that most of my peers were medical doctors with much more experience, my time at Brock was just as challenging, and it prepared me exceptionally well.”

Aggarwal also credits his co-curricular involvement for steering him towards the path to public health, having been involved in the Interprofessional Education for Quality Improvement Program (I-EQUIP), Med Plus, the Brock-Niagara Centre for Health and Well-being, as well as sitting on the Niagara Falls Community Outreach Board of Directors during his undergrad.

“I’ve always had an interest in public health. After my experience in I-EQUIP, I really started to focus on this area, starting with my Master’s research at Brock. Right now I’m exploring how self-efficacy relates to obesity in children,” he said.

In anticipation of the start of his last year in his program, Aggarwal is looking forward to bringing his experience at Harvard into the classroom.

“The program has not only made me a better researcher through my studies in biostatistics and epidemiology, but is also shaping me to be a better teaching assistant for my students,” he said.