Brock alum is King of the vineyards 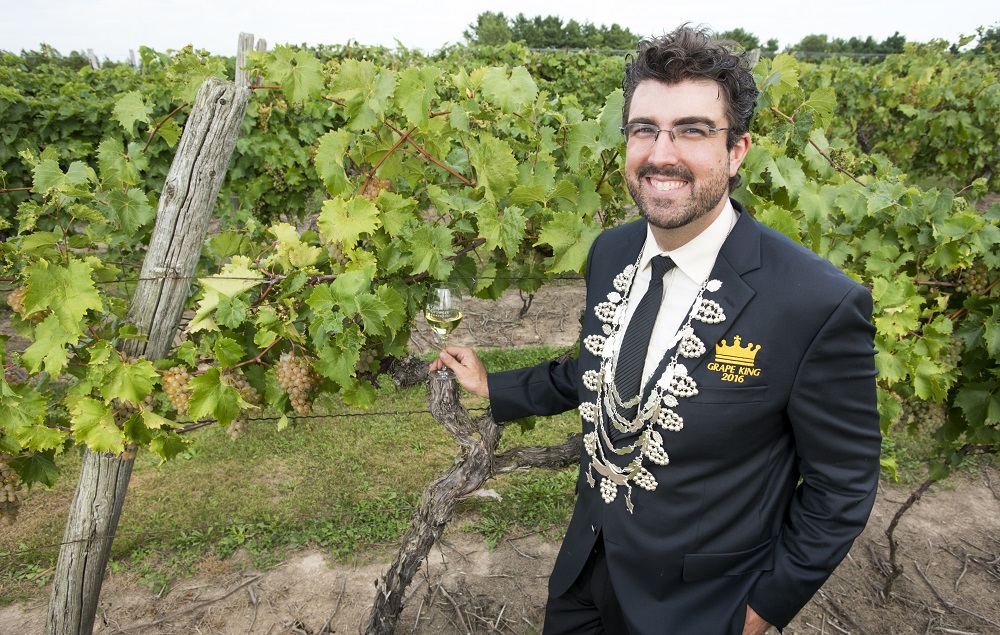 Ontario has another Grape King with a Brock University pedigree.

Jamie Quai (BSc ’07) was named this week by the Grape Growers of Ontario (GGO) as the 2016 Grape King for his outstanding vineyard management skills. Chosen each September, the Grape King acts as an ambassador for Ontario’s grape and wine industry at events across Canada. 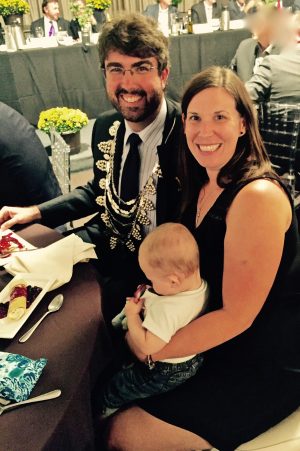 Jamie and Kim Quai with son Nicklaas at the awards luncheon Sept. 14

He said his years at CCOVI were invaluable, as he participated in three grape harvests, gained experience at craft and larger wineries and researched an undergraduate thesis on Icewine production.

“My time at Brock profoundly shaped the person I am today,” Quai said while accepting his appointment at the GGO’s Celebrity Luncheon Sept. 14.

After graduation he stayed involved with Brock, instructing a course in Winery Processing and Equipment (OEVI 3P21) from 2007-16.

“I recognized the value of my degree was tied to the quality of the education I received. People who have gone through the program have gone on to do great things. This comes up in discussions you have with others in the industry. People say, ‘that person is a CCOVI grad’, or ‘that person went to Brock’.”

But Quai’s affection for Brock is based on more than education. It’s where he also met his wife Kim (nee Vandersluis), a concurrent ed student who graduated in 2005 with a degree in Child and Youth Studies.

Quai is just the latest Grape King with a strong Brock connection. In 2011 the honour went to Brock OEVI grad and Beamsville grape grower Ed Hughes, and a year earlier the Grape King was CCOVI Director Debbie Inglis, who is a scientist as well as a Niagara grape grower.

Inglis, who was also Quai’s thesis advisor, said it’s a proud moment for CCOVI to see Quai recognized with this honour.

“His dedication to his vines and his enthusiasm for this industry are second to none, and will be reflected in the excellent wines from this harvest,” Inglis said.