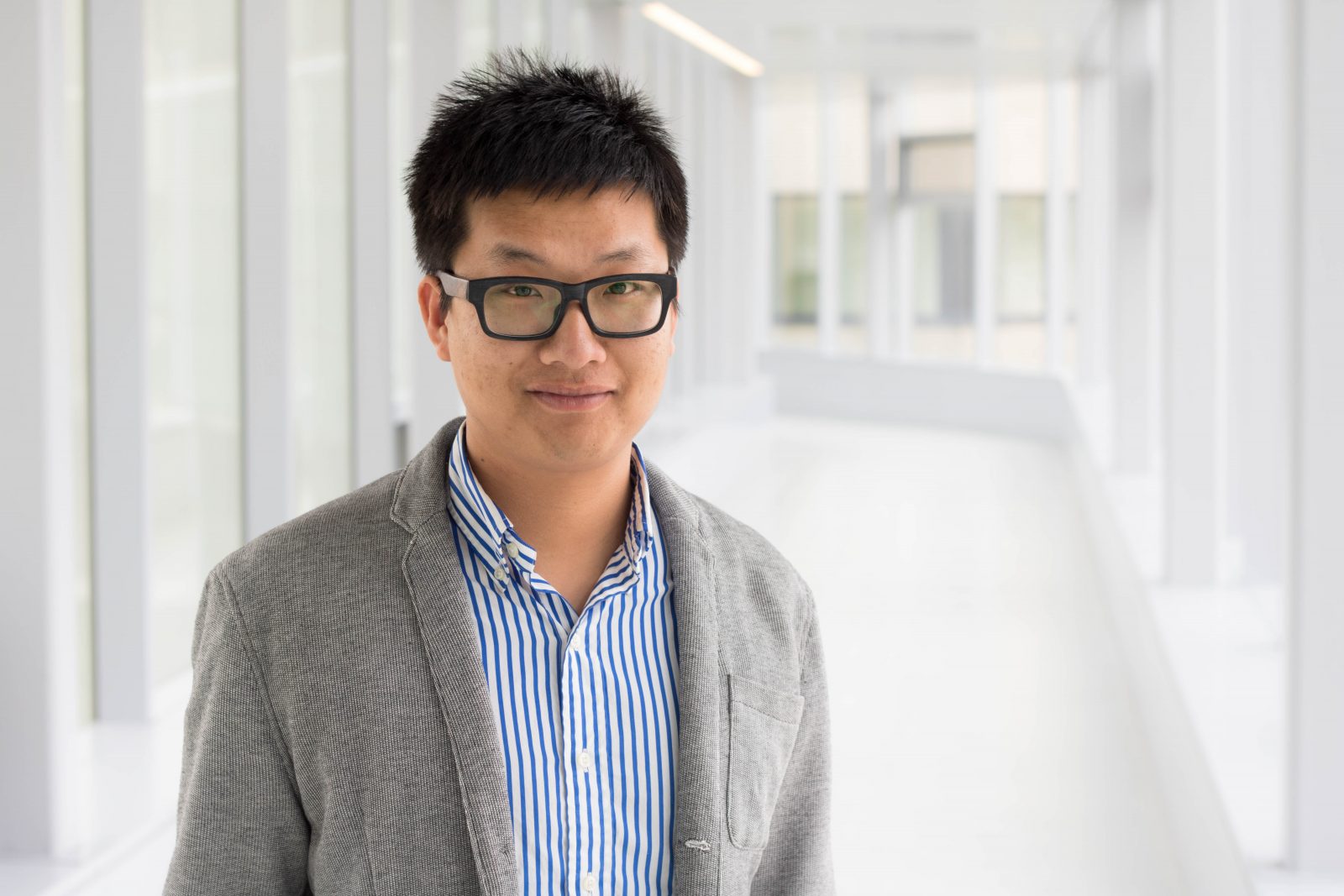 This is the fourth in a five-part series profiling graduate student recipients of the 2016 Jack Miller Excellence in Research Awards. Today’s story features the winners (master’s and doctoral) from the Faculty of Mathematics and Science.

One year into his master’s studies in Chemistry, Xiaolong Yang is making a name for himself as a researcher in bioanalytical chemistry.

Yang is part of a team of researchers, including his supervisor Assistant Professor Feng Li, who created a nano-sized robot that has the potential to detect diseases in a blood sample within 30 minutes.

Unlike conventional diagnostic testing methods that require sophisticated equipment, highly trained personnel and at least a day to get results, the 3D nanomachine technique can be used in most clinics and labs, with results in as little as a half-hour.

“If one day the 3D nanomachine technique is applied to real clinical service for primary-stage patients’ disease diagnostic, it will save thousands of lives,” Yang says. “Also, this technique is full of potential for replacing the old-fashioned, time-consuming and labour intensive diagnostic technique in the future medical community. This is a very simple tool, but it could highly impact future medical care.”

Currently, Yang is working on engineering the 3-D nanomachine into diagnostic tools for devastating diseases, such as cancer and infectious diseases.

“Construction of nanoscale molecular devices of high complexity and functionality is an extremely challenging task in the field of nanotechnology,” Li explains. “Xiaolong’s work on fabricating the 3-D DNA nanomachine provides an elegant example to address this challenge. Moreover, the 3-D DNA nanomachine technology also provides a unique platform for rapid signal amplification to detect important biomolecules, addressing a core challenge in analytical chemistry and biotechnology.”

Earlier this year, Yang was a finalist in Science, Action! a national video competition, put on by the Natural Sciences and Engineering Research Council (NSERC), to showcase graduate research across Canada.

Terry Chu is carrying out highly sophisticated research in the hottest area of modern chemistry.

The PhD student in Chemistry is investigating the development of new catalysts relevant to the chemical industry.

“Catalysts, discrete molecules that are added in tiny amounts to a reaction. They are vitally important to the modern chemical industry in order to make the reactions that produce the vast array of products used in everyday life, ranging from medicines to materials, feasible and economically viable,” explains Chu. “Despite their widespread use, current catalysts have significant drawbacks as they are based on rare metals such as palladium and platinum that are costly due to their rarity as well as the recognized toxicity of such metals, necessitating extra steps to ensure their removal from the final products.”

“My research is directed towards the development of new catalysts that are based on less toxic and more abundant metals, in particular aluminum and zinc, in the hopes of lowering cost, increasing safety and making the chemical industry more environmentally sustainable.” 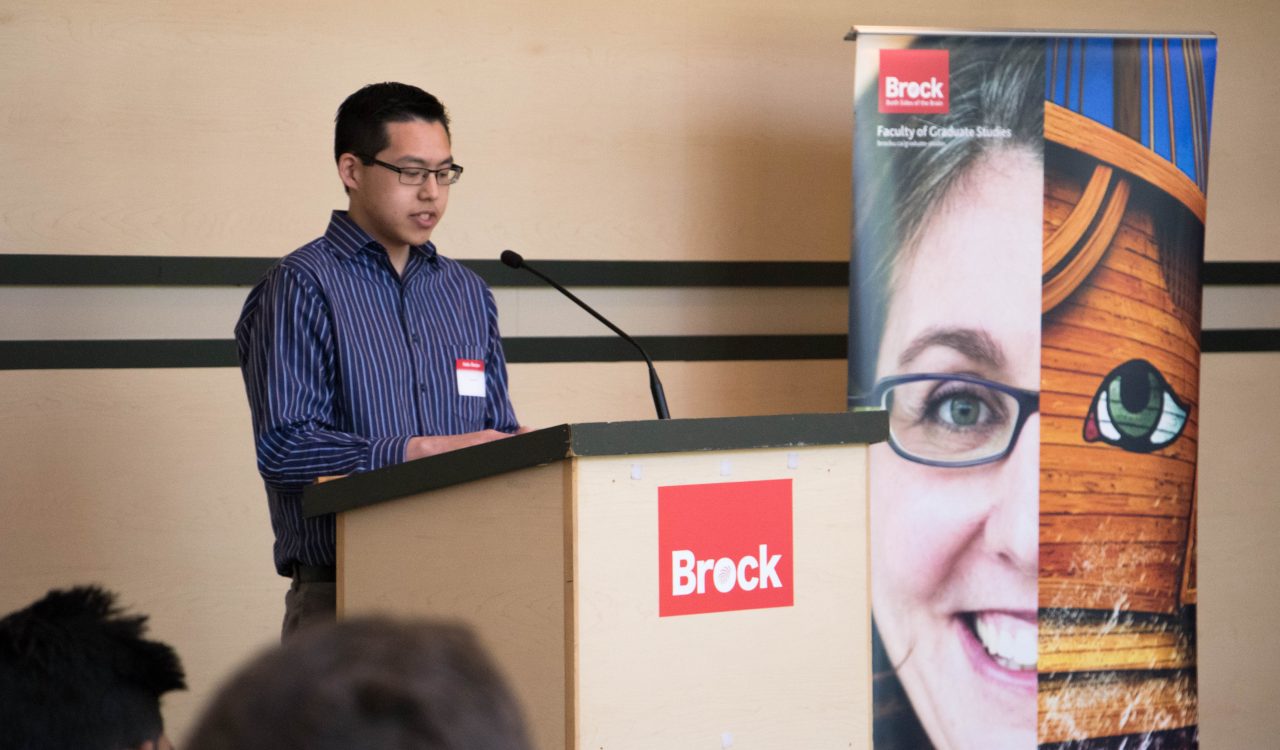 This research is highly original, innovative and is placed at the very front line of modern chemistry, says Chu’s supervisor Professor Georgii Nikonov.

“Chemical catalysis contributes up to 25 per cent of GDP in industrialized countries and the key component of our knowledge-based economy,” explains Nikonov.

“The development of main group element surrogates for traditional transition metal catalysts is an emerging field of research. It is highly promising in delivering both cheaper and more environmentally benign catalytic systems based on earth abundant elements, such as aluminum, zinc, magnesium, etc., and replacing the platinum, palladium and rhodium from industrial applications.”

Chu is the recipient of a long list of internal and external awards including an Ontario Graduate Doctoral Scholarship in 2015, Queen Elizabeth II Graduate (Master’s) Scholarships in 2011 and 2010.

Chu has seven high-quality research publications to his credit including publications in the most prestigious chemistry journals, such as Angewandte Chemie and the Journal of American Chemical Society. Also he has given six oral presentations at highly ranked conferences in Canada and the U.S.

About the Jack M. Miller Excellence in Research Awards

The awards were established as the Excellence in Research Awards by the late Jack Miller when he served as Vice-President Research and Dean of Graduate Studies, from 1999 to 2004.

As a tribute to Miller, the Faculty of Graduate Studies renamed the awards in his honour in 2013 and, at the same time, increased the number of awards available and the value of each award.

Since then, as many as 11 graduates students, in research-based programs, are selected annually from within the six academic faculties to receive between $1,000 to $1,500 to support their research and scholarship.

Other stories in the series: