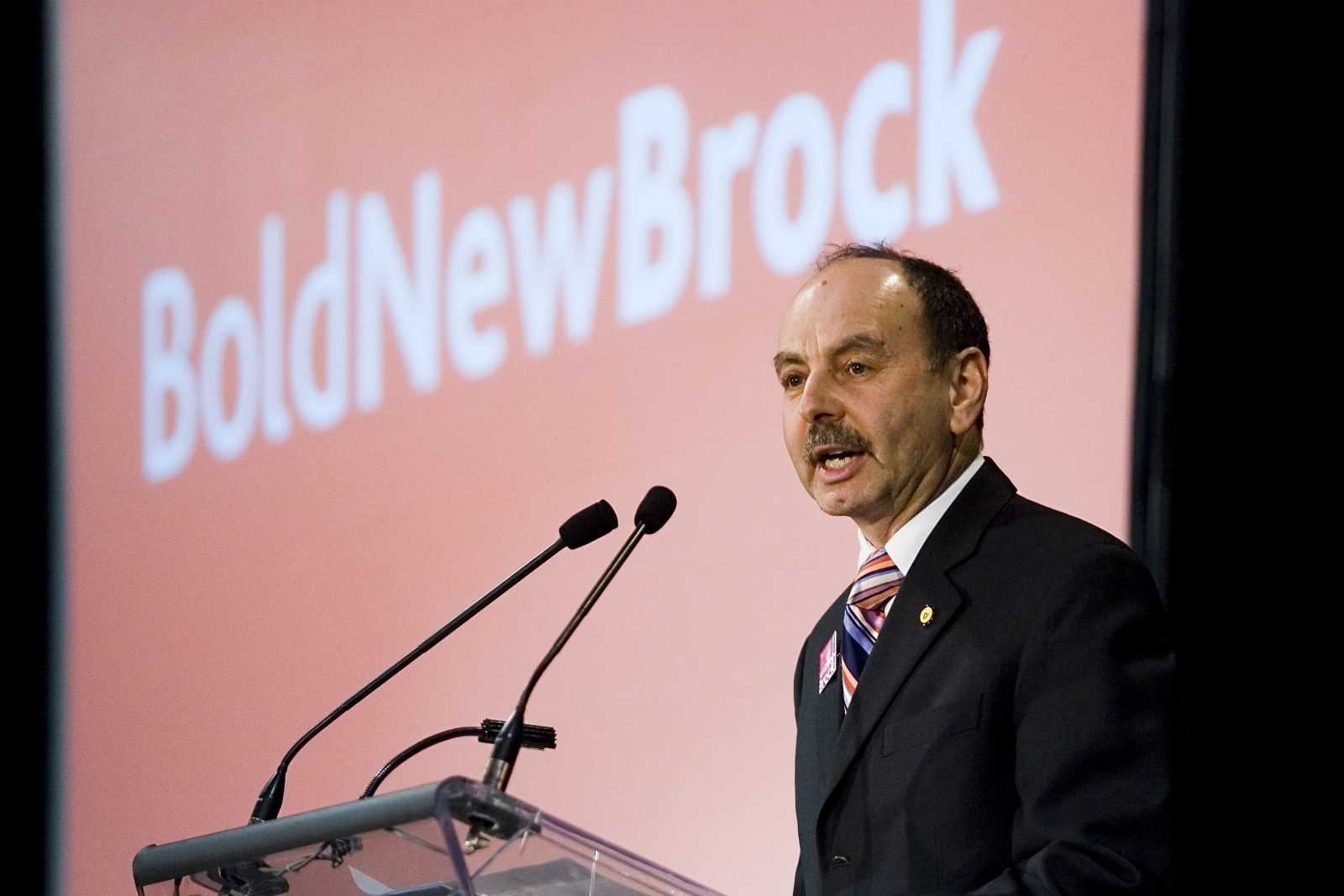 2009: President Jack Lightstone announces the launch of the Campaign for a Bold New Brock

The most successful capital campaign in the history of Brock University has officially concluded.

The Campaign for a Bold New Brock was launched with much fanfare in 2009 by Brock President Jack Lightstone, with a stated target of $75-million.  The final tally was $94,022,065 in donations from generous supporters of the University, and has had a huge impact helping build modern campus facilities, supporting research and expanding support for students through scholarships and bursaries.

“We are extremely grateful for the support we received for The Campaign for a Bold New Brock,” said Lightstone. “More than providing the resources that enabled us to improve our facilities and student supports, it has also given us the opportunity to work with new and familiar partners to enhance the student experience.”

John Suk, Chair of Brock’s Board of Trustees, said the campaign is a reflection of Lightstone’s leadership and community involvement during his presidency at Brock, which ends on June 30.

“Jack’s commitment to seeing this through was a critical part of the story behind the campaign’s success,” said Suk.

Some of the major capital projects that benefitted or were enabled by The Campaign for a Bold New Brock include the Cairns Family Health and Bioscience Research Complex, the new home of the Marilyn I. Walker School of Fine and Performing Arts in downtown St. Catharines, the Matheson Learning Commons, the Welch Hall extension and the renovation and expansion of the Goodman School of Business, whose construction will start later this summer.

A campaign gift from community leader David Howes provided the University with its popular new landmark, the bronze sculpture of Major General Sir Isaac Brock that is prominently located in front of the Schmon Tower.

Pamela Shanks, the University’s Executive Director of Development and Alumni Relations, said while the campaign benefitted from major gifts from donors like Ned Goodman and family, Marilyn Walker, David Howes and the family of the late Roy Cairns, the effort was also helped greatly by a large number of donations from a wide spectrum of people and organizations across the Niagara community and beyond.

Shanks said that Brock University is fortunate to receive support from across the community, as this wider scope of public philanthropy complements funding from government sources. She cited the major donation Brock received from the Goodman Family Foundation for the business school, which was followed last year by a $10-million commitment from the Ontario government. Brock is continuing to invite donors to contribute to a variety of initiatives including the Goodman School of Business expansion.

Lightstone, who seven years ago unveiled the Bold New Brock campaign at a public event at Market Square in downtown St. Catharines, called the campaign a success story not just for the University but the whole community.