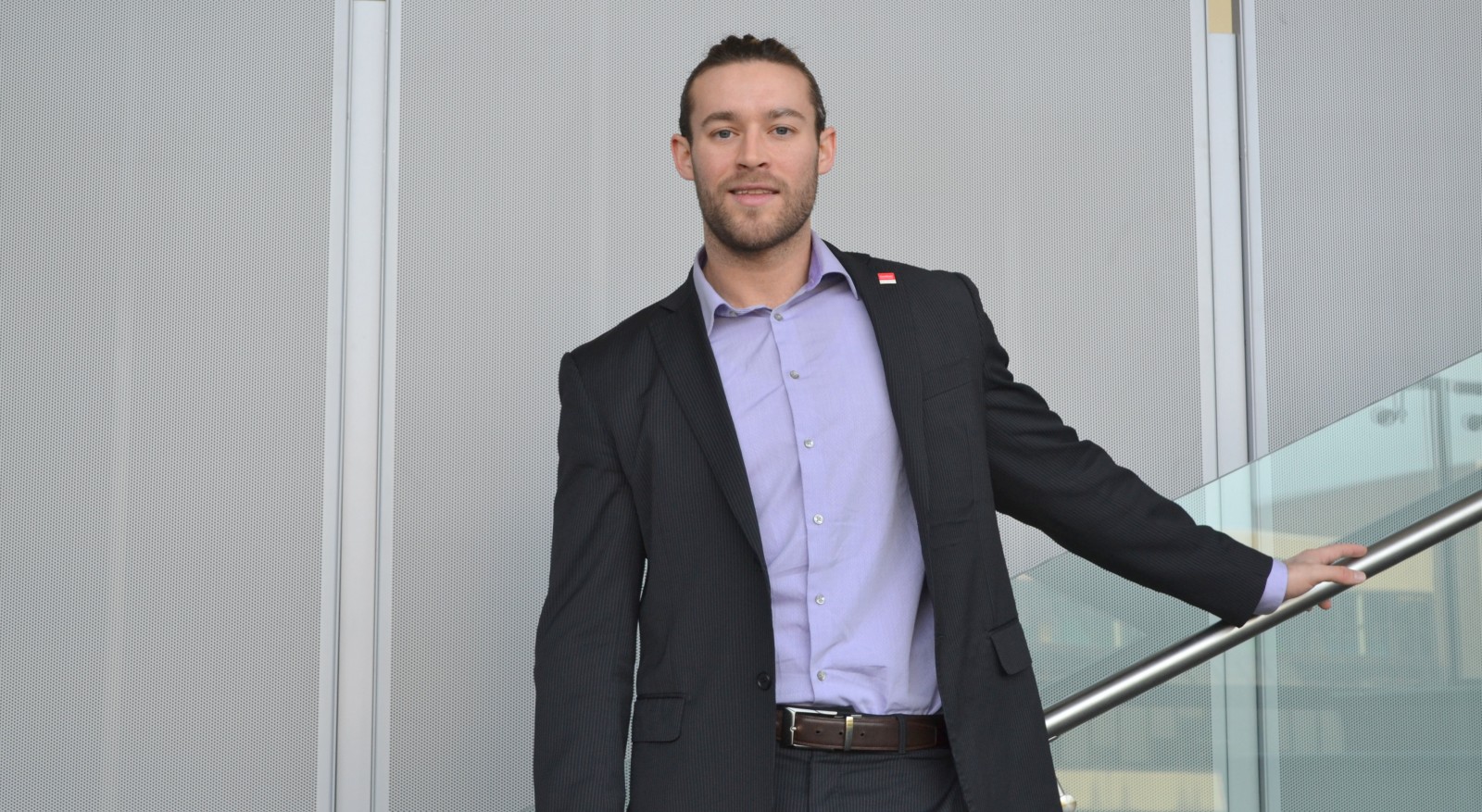 Johnathan Holland, a BBA student in the Goodman School of Business, is Brock University’s first student to land in Canada’s The Next 36 program.

The Next 36 is one of the most sought-after nationwide programs to help foster high impact entrepreneurship through mentorship, capital and founder development capabilities.

Narrowed from over 1,000 applicants, the successful 36 entrepreneurs form an elite group of movers and shakers who are provided with services to help them take their ventures to the next level. They are joined by an impressive lineup of alumni from the program who also provide support. The eight-month program starts this month.

“I fell in love with entrepreneurship and I know that’s all I will do for the rest of my life,” says Holland.

“I knew The Next 36 would be an amazing step for me to reach out and get new connections out of other areas that I can bring back to Niagara.”

After a successful application and interview, Holland spent a full weekend in Toronto with 72 finalists. The weekend consisted of more interviews, networking opportunities and guest speaker presentations.

“Throughout the entire weekend, we were constantly being critiqued. We were evaluated on how we mingled with the crowd, the questions we asked and our ability to connect with people in networking sessions,” he says.

Holland has built various business ventures in the financial technology sector since 2014. This past summer, he founded Curexe, which provides international payment and currency exchange services for its business clients.

Over the past two years, Holland has worked closely with BioLinc, Brock University’s business incubator operated by the Goodman School of Business, and was the first student to receive the Deborah E. Rosati Co-op Entrepreneurship Scholarship award, which allows students to spend a co-op work term working on a business idea. He credits his success so far to the support he has received from this scholarship and to BioLinc’s services.

Holland was also part of BioLinc’s first Kick-Starting Entrepreneurship cohort and participated in the MaRS Entrepreneur Toolkit program offered through Innovate Niagara, both of which he encourages other student entrepreneurs to participate in.