Sisters in Spirit vigil for the missing and murdered 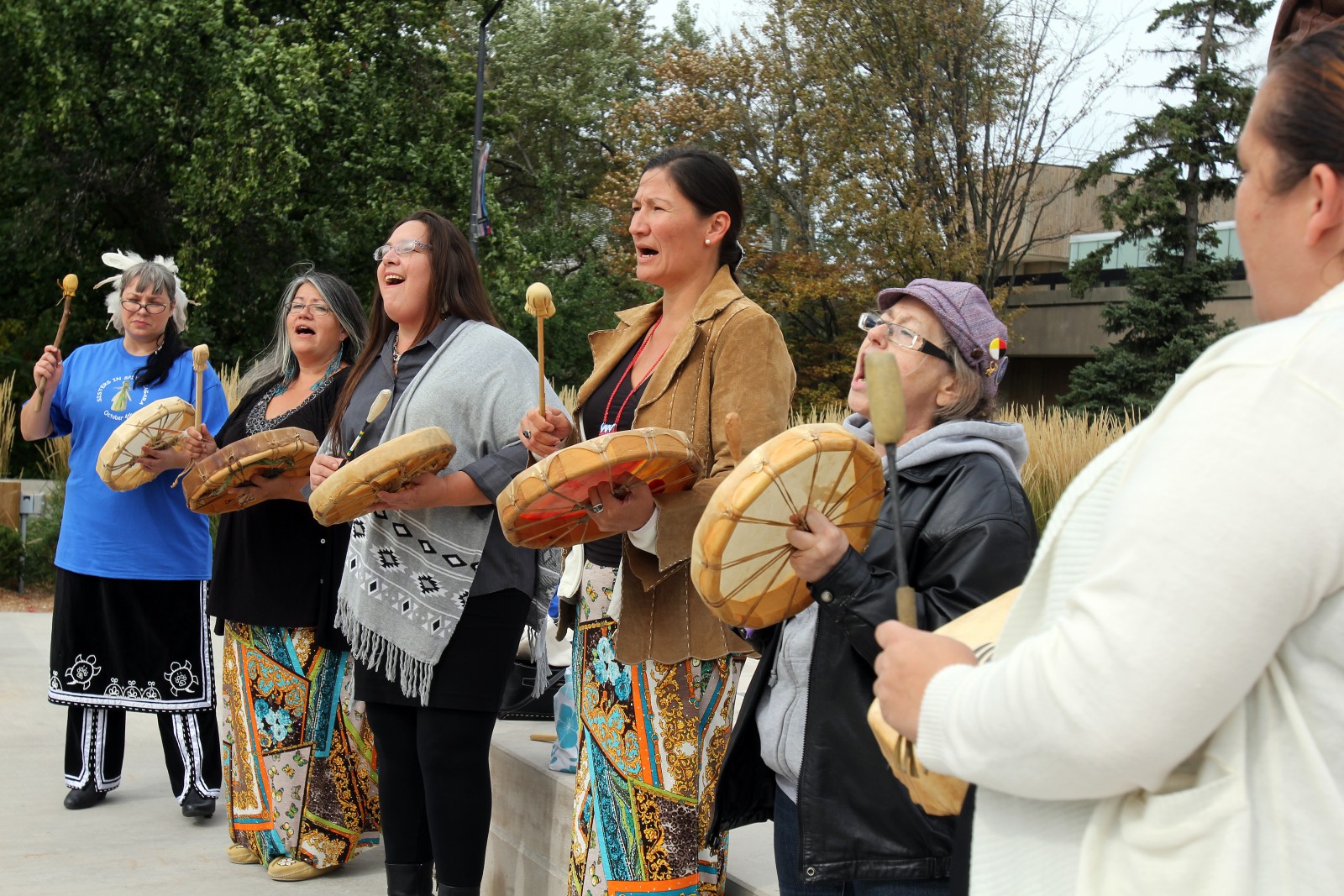 Women perform the Strong Women's Song Friday in front of the Brock statue during the Sisters in Spirit Vigil for Missing and Murdered Aboriginal Women and Girls.

The beat of native drumming filled the hallways of Brock University Friday as a procession of people participated in the Sisters in Spirit vigil for missing and murdered aboriginal women and girls.

After a smudge ceremony in Sankey Chamber, a group singing traditional aboriginal songs made their way outside, picking up spectators along the way. When they reached the Brock statue in front of Schmon Tower, a big drumming circle was held.

Brock students participated along with members of the Strong Water Women drum group from the Fort Erie Native Centre.

They sang for the thousands of missing and murdered aboriginal women.

“It’s so important because as an indigenous woman, I’m eight times more likely to be murdered,” said Political Science and Aboriginal Studies student Celeste Smith. “It is a sociological problem. We are three per cent of the population but we make up over 10 per cent of the homicides. That is ridiculous. It’s an issue that needs to be dealt with and needs to be dealt with now.”

She said the vigil was about honouring the missing and murdered women but also about raising awareness of the issue in the community.

“We as indigenous people know the issue, it’s hitting us so close to home,” she said.

The Indigenous Solidarity Committee is planning a number of upcoming events, including: