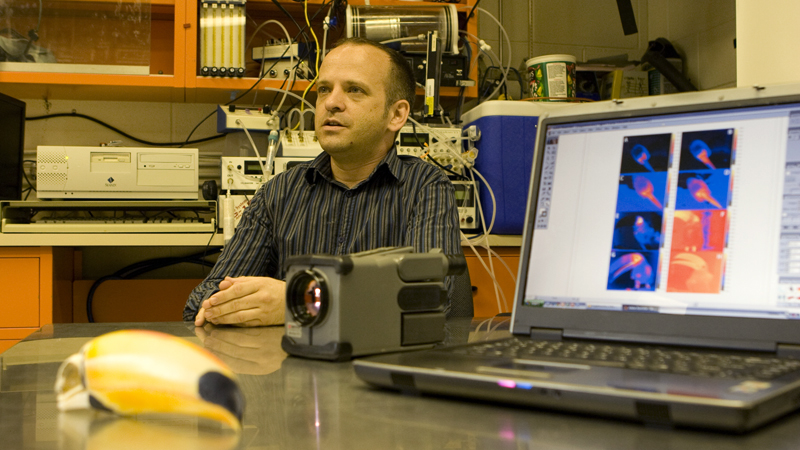 A Brock University research study hopes to find out why adding pounds of bodyweight in the first year of university is so common it has its own moniker.

The ‘Freshman 15’, as the phenomenon is known, is one focus of the Brock Transition Study, which looks at the impact the transition from high school to university has on the body.

The study, led by Kinesiology Assistant Professor Andrea Josse and her two graduate students, is looking for first-year Brock University students between the ages of 17 and 20. First-year students can participate in the study as soon as they show up on campus in September.

“This phenomenon of the transition is talked about a lot, but it’s a little bit elusive,” said Josse. “There’s a whole host of changes we know students undergo during their first year of university. They’re away from home, they don’t have the same amount of support that they had before and there are a lot of stresses that are new to them.”

“Because of that, we know a lot of things can change, so we’re looking at how this transition from high school to university and during the first year of university affects our students here at Brock.”

She said the study will give the researchers a good overview of what Brock students go through from both a physical and psychological perspective.

“Our goal is to finish collecting these data, figure out what’s actually going on and then work to implement different programs or strategies to mitigate these negative changes or issues. Our ultimate goal is to improve the experience of our undergraduate students throughout their time at Brock.”

While the study may seem related to the long-running Stressed@Brock study, that research study followed a single group of students through their four years of university and two years of post-university life. The Brock Transition Study, which first launched last year with 60 students, will examine a new group of students each year. Josse’s two graduate students will write separate theses using the research data. Kayleigh Beaudry will focus on the nutrition aspect of the data while Aysha Thomas will examine the physical activity and exercise angle.

For study participants, there will be two separate test sessions, first in September to get some baseline data and then again in March to see what changes may have occurred.

For more information on the study or to get involved, contact brocktransitionstudy@gmail.com