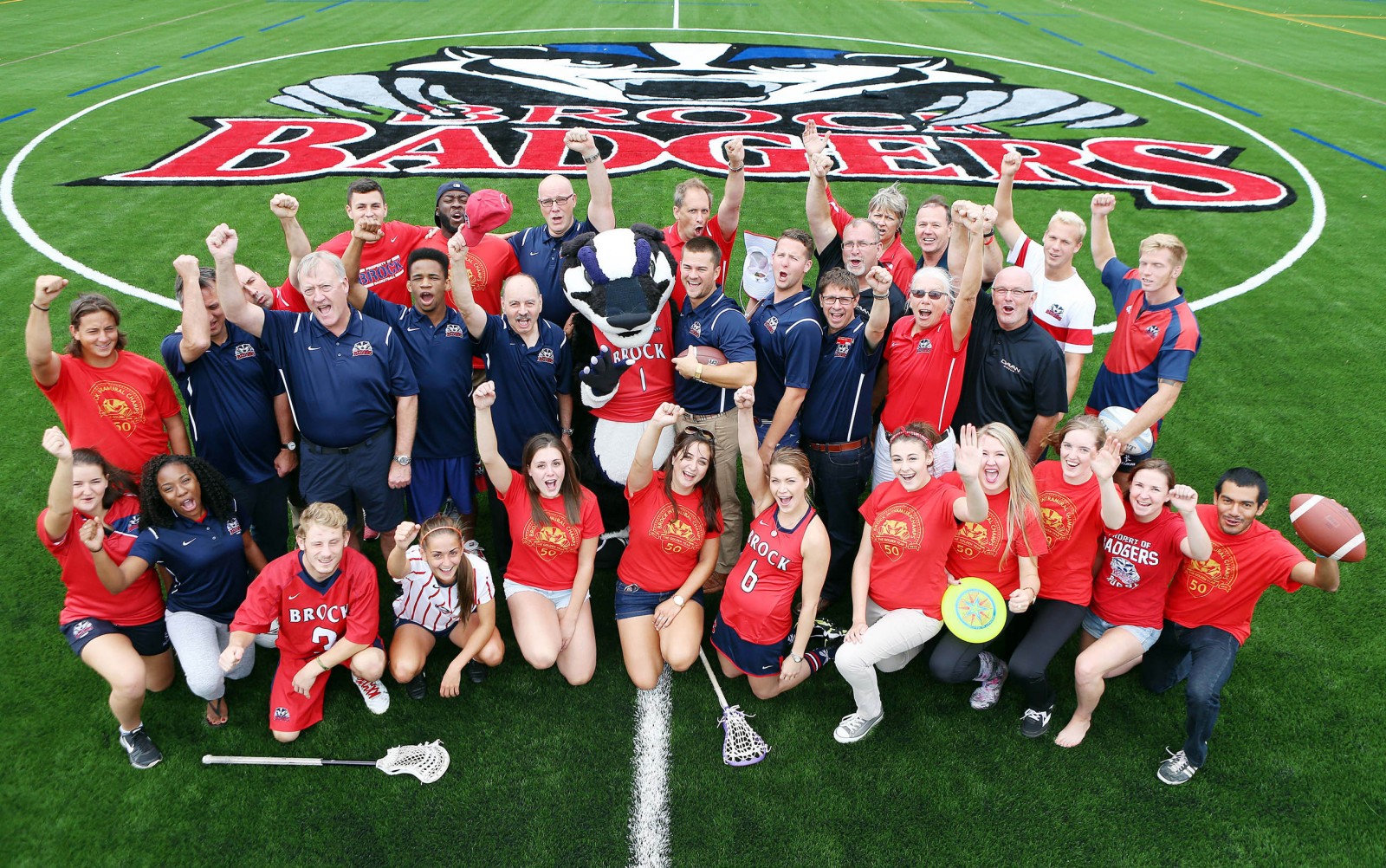 The new artificial turf athletics field at Brock University officially opened Saturday, and it now has a name.

Alumni Field is a regulation-size artificial turf athletics surface with a full lighting system for night use. The 69 x 109 metre field has lines for lacrosse, rugby and soccer, as well as a massive Badgers logo at midfield along with ‘Brock’ and ‘Badgers’ written in the end zones.

While Brock’s varsity teams will use the field for their home games, Alumni Field was built as a home for the University’s nearly 7,000 students who participate in intramural sports ranging from soccer to ultimate frisbee and flag football.

“The name Alumni Field is a tribute to the contributions made by past and present students,” said Brian Hutchings, Vice-President, Finance and Administration. “This field is about enhancing the student experience. It’s about allowing more students to get involved in athletics and to give them another facility they can be proud of.”

It was current and former students who paid for the project. The $1.5 million construction cost was covered by the Brock University Students’ Union, a generous donation from an anonymous Brock alumnus, and contributions from other alumni and friends of the University.

“It’s the combination of students coming together with the University administration as well as the Brock community and alumni to make this a reality,” said BUSU President Kyle Rose. “It’s something students have expressed that they wanted and deserve. I’m most happy at the meaning behind it, which is the power of the students and the power of the Brock community. We came together around something that initially didn’t have a ‘how’, we only had a ‘why’. It’s awesome that we can figure out the ‘how’ if the passion behind the ‘why’ is strong enough.”

After a grand opening ceremony Saturday, the Brock Badgers men’s and women’s lacrosse teams became the first student-athletes to use the field when they played home games at Alumni Field.

Women’s lacrosse player Sarah Paton said the field will be a big benefit to her team.

“Our team has faced many challenges, specifically finding field space and facility time,” said Paton, adding that the team often had to practise before the sun came up in the morning. “Brock’s new turf not only benefits our team by providing a lit area where we can practise safety, it allows our men’s and women’s teams to host home games.”