Children in JK and SK at different stages of development: Brock researcher 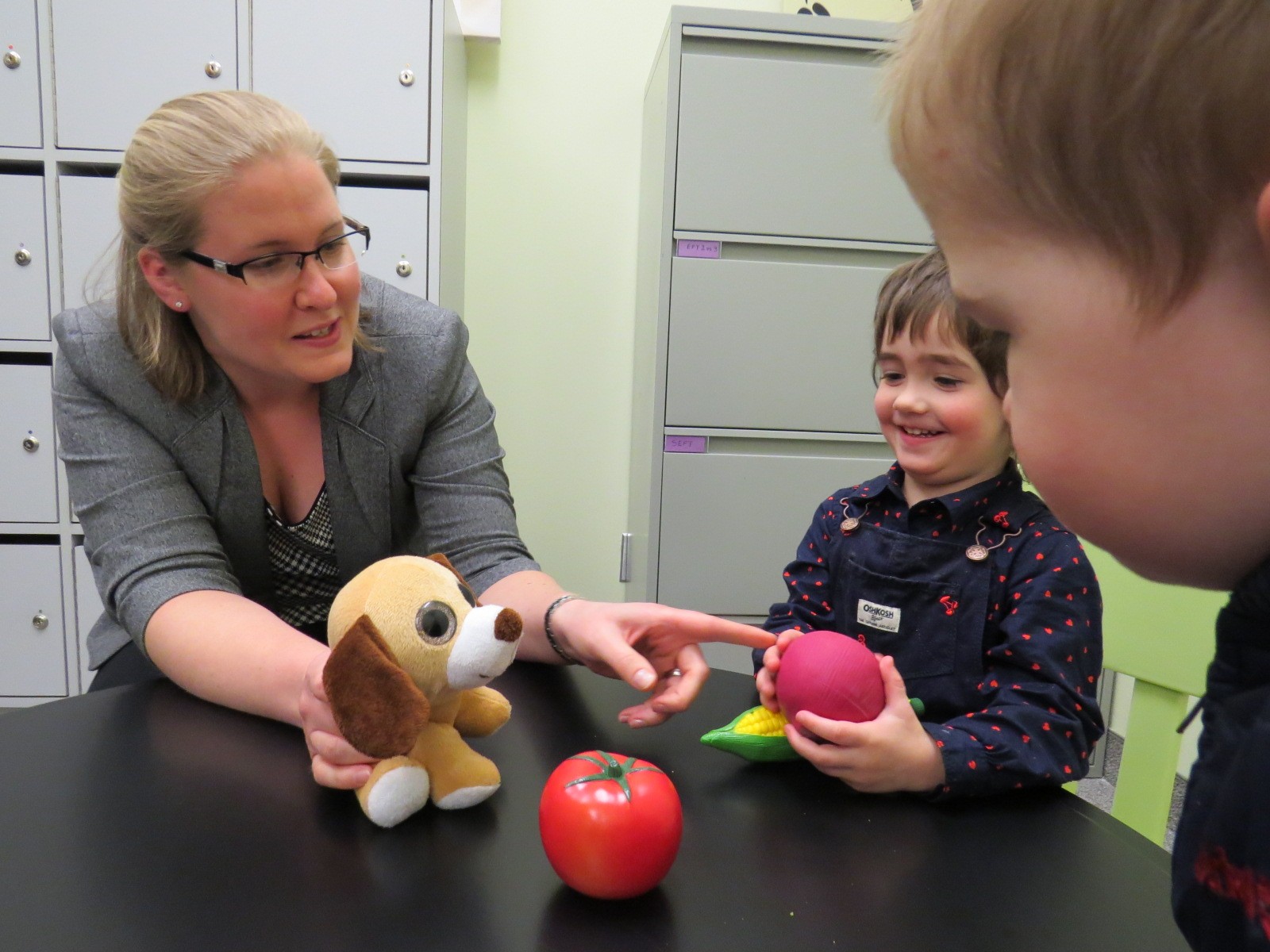 Developmental psychologist Caitlin Mahy is studying the differences between four and five-year-olds, and how they think and respond to different situations.

Most four-year-olds in Ontario will be starting a journey that hopefully will continue for many years to come: full-time school.

At the core of Mahy’s research observations is that one year makes a monumental difference.

And that is something teachers and parents, who might be tempted to view all kindergarteners as being similar, need to understand and adjust for, she says.

“We’re putting these children in kindergarten for a full day and we expect them to understand other peoples’ minds and remember to do things on their own,” explains Mahy. “Yet they’re really going to struggle with these abilities, especially compared to five-year-olds, who at least have some of those basic skills.”

The assistant professor in the Department of Psychology identifies three basic areas in which four-year-olds are different than their senior kindergarten peers.

One is “false belief” understanding, where a person is able to recognize that other people can have beliefs about the world that are different than his or her own.

Mahy refers to a laboratory test for children called the Sally Anne task. The researcher tells the child about a character who puts a marble in a basket and then goes away. Another character comes in, moves the marble from the basket to the box, and then leaves.

The researcher then asks the child the key question: When the first character comes back, where will that character look for the marble?

Mahy gives another example of a child who loves cookies and has a friend who loves broccoli. It will be hard for the four-year-old to understand that the friend loves something different than his or her own preference, cookies.

A second area of difference between four- and five-year-olds is in self-regulation, where a person is able to control his or her responses to stress, emotional expression, and other behaviours.

“In the classroom, this may look like, ‘sit in a circle, don’t yell out an answer, wait your turn,’ all these kinds of rules that involve children controlling their own impulses. That’s a big challenge for four-year-olds,” says Mahy. “Five-year-olds haven’t fully mastered that by any means, but they are so much better at it.”

Thirdly is the issue of “prospective memory,” or remembering to carry out what you had earlier planned to do, such as pick up a bag of milk on your way home from work.

This ability is often over-estimated in younger children, says Mahy. She refers to a friend whose four-year-old son was expected to hand in a notebook to his junior kindergarten teacher at the beginning of the day and collect the book from the teacher at the end of the day.

Not surprisingly, the teacher seldom received the book. “For teachers, it may be a lack of awareness of the limitations of four-year-olds because teachers are used to dealing with five-year-olds,” says Mahy. “I think there’s an assumption that four and five year olds are all kindergarteners, they’re all similar, but really, in their cognitive abilities, they’re different.”

And four-year-olds have a hard time following through on rules, despite the fact that they know the rules, says Mahy. They also may need more time to transition from recess to the classroom, as they are slower to inhibit behaviours, such as running or playing, that were appropriate on the schoolyard, she says.

Mahy urges teachers and parents to understand that four-year-olds are not going to be at the same level as five-year-olds and that there’s huge individual differences between children of the same age group.

She describes a number of strategies that help four-year-olds to practice certain skills. One is the game Simon Says, where children are instructed to pat their head, touch their toes or perform other tasks only when the leader says “Simon Says” or do nothing if the leader fails to say “Simon Says” before the command.

September 2015 marks the second year of full-day kindergarten, which Ontario’s Ministry of Education describes as being the “next step in our plan to help our kids get a better education in kindergarten through Grade 3,” says the ministry’s website.

“It helps kids get the best possible start. We’re helping make things better for students from their first day of school to their last – and every day in between.”

Dr. Caitlin Mahy is looking for children ages 3 to 7 to participate in research studies on children’s development. Learn more about getting involved.

4 comments on “Children in JK and SK at different stages of development: Brock researcher”