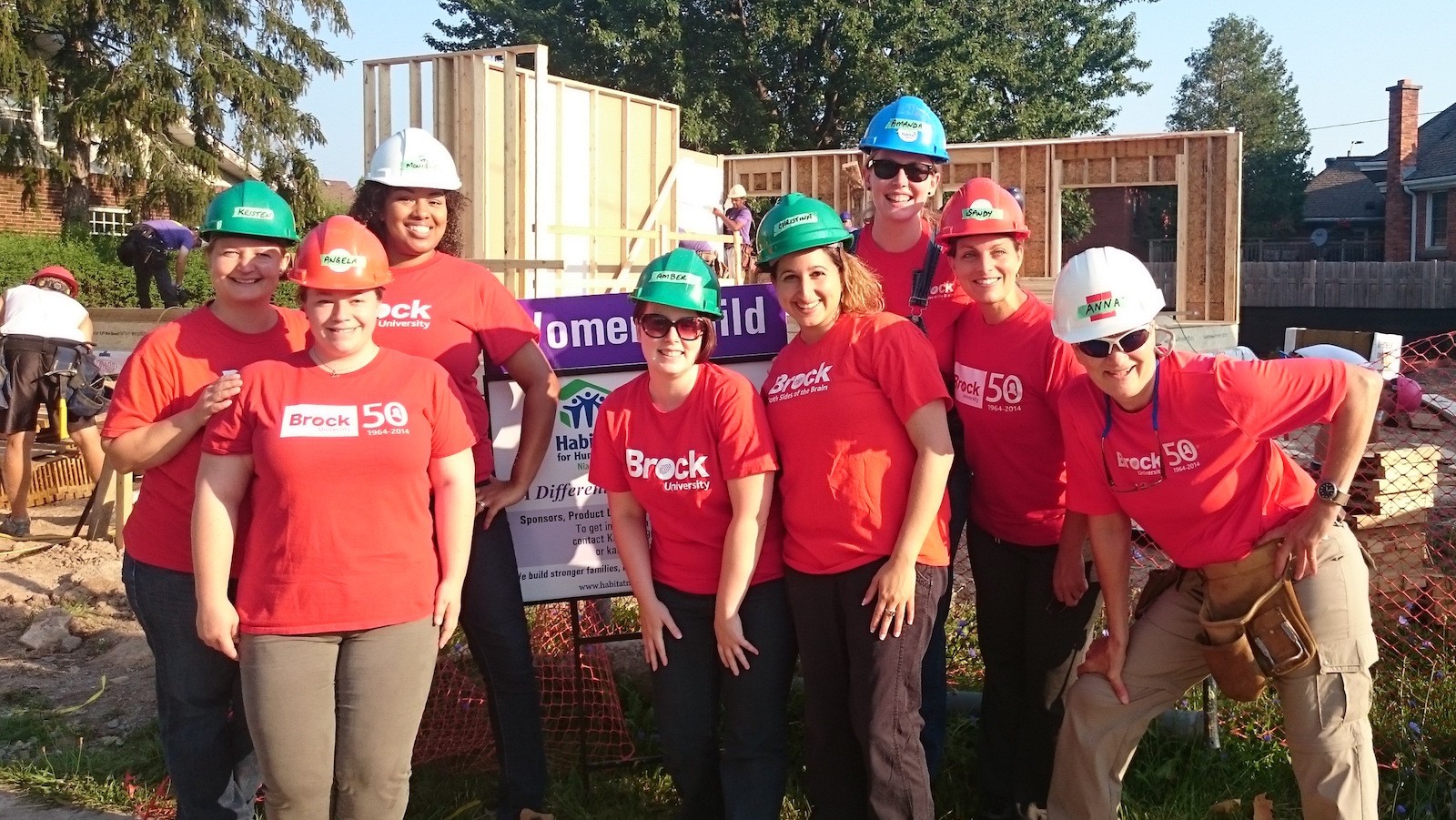 Nine women from Brock University worked in their steel-toed boots Monday when they took to a Welland construction site to build a family home.

The group volunteered their day to help Habitat for Humanity and other female volunteers with a framing blitz for Habitat’s first women-only build in Niagara.

The framing blitz was a great example of the Niagara community coming together to support local families, said volunteer Kristen Smith, Brock’s manager of student and community outreach.

“We had exceptional support and leadership from local professional framers who patiently guided us through every step of the process,” she said.

“This was my first time on a local build site, and I am amazed at how quickly the house took shape. To see that much progress in one day is outstanding. We went from having a covered basement at the start of the day to a full two-storey duplex, complete with trusses and windows.”

Brock’s team of volunteers is actively involved in service-learning and experiential education on campus as part of their work at the University, so the day was an opportunity to practise what they encourage others to do, Smith noted.

Volunteers worked alongside the families, who will move into home on World Habitat Day, Oct. 5. Their presence reminded helpers why they were giving their time to the cause. “It was wonderful to have the Jean Charles and Timothy families throughout the day,” Smith said. “The kids all cheered when their new bathtubs were raised by a crane and lowered into their new homes.”

Watch a video of the build

The Brock team has been seeking donations for this Habitat build.

“We are grateful for the donations and support we have received from staff, faculty, students, retirees and alumni of Brock so far and we hope others will consider contributing to this wonderful cause either by donation or by volunteering their time,” Smith said.

“Our hope is to grow our relationship with Habitat for Humanity locally and internationally.”

Donate to the Brock’s Habitat for Humanity team.