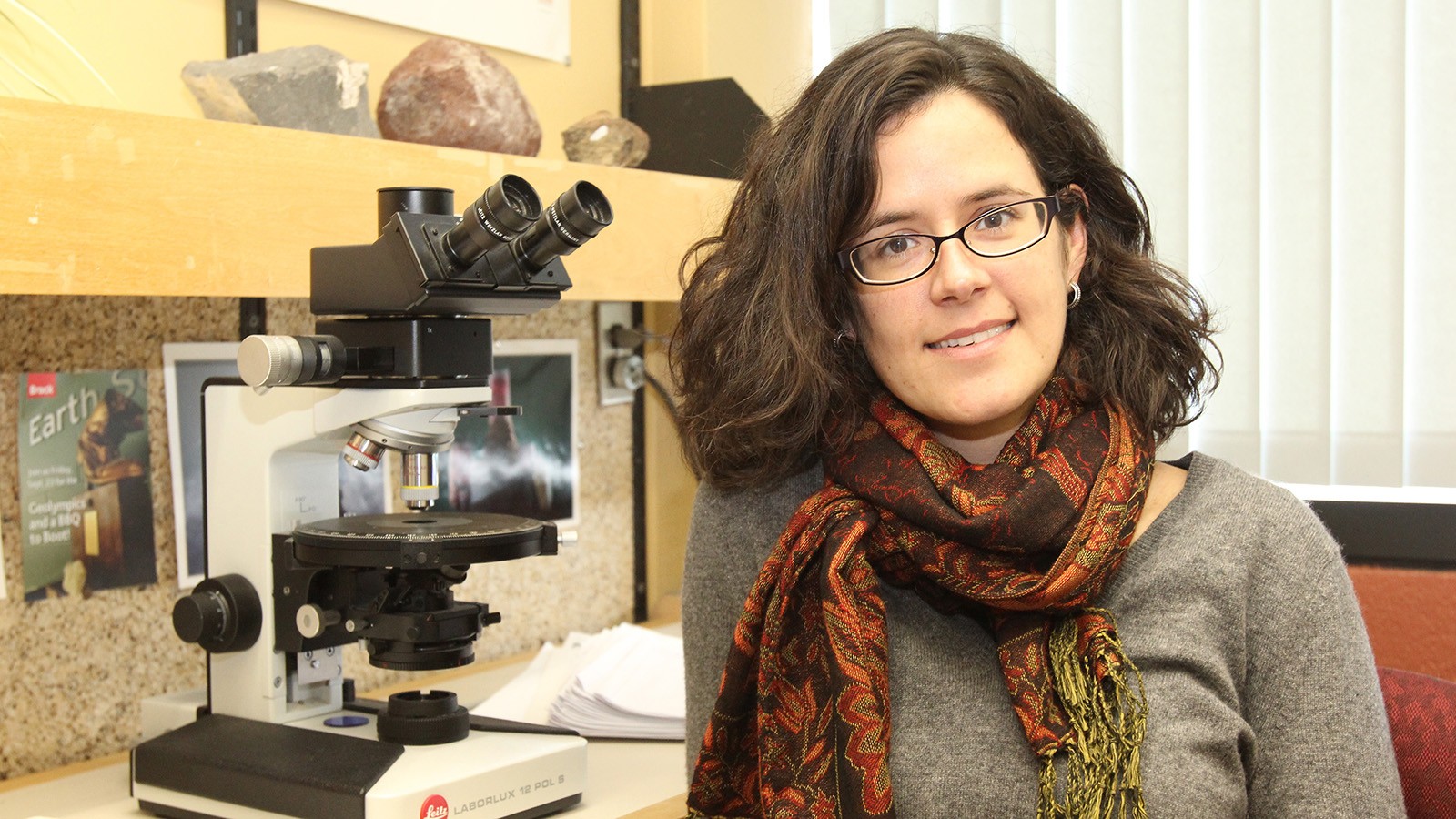 Schmidt, associate professor in the Department of Earth Sciences, and her team are heading to Hawaii later this year to make detailed analysis of lava rocks on Mauna Kea Volcano as part of her research project “Unraveling the Alteration History of Mars.”

The researchers will gather data from Mauna Kea and another Hawaiian volcano, Kohala, at a later date and compare what they find with discoveries made by NASA’s Curiosity rover on Mars.

The research will help determine whether Mars could have supported life, specifically microbes.

“I am very pleased to have received this award,” says Schmidt. “The funding will allow me to grow my research group and greatly improve my productivity.”

Magnetic refrigerants rely on a process called the “magneto-caloric effect” – where certain materials are exposed to a changing magnetic field – to achieve very low temperatures needed to cool specialized equipment such as nuclear reactors, super-conductors and some spectrometers.

But these materials are not well developed; helium 3 is often used to achieve temperatures that can be as low as 50 Kelvin. Helium 3 is extremely rare and expensive.

Stamatatos and his team aim to develop new ferromagnetic and isotropic molecular magnetic materials to replace the use of helium 3.

“The proposed magnetic coolers will not use hazardous chemicals or greenhouse gasses, and will be made of benign reagents that will diminish the significant amounts of energy currently used for cooling and the cost of the electronic devices currently used,” says Stamatatos.

“This (award) is the result of a systematic effort that we as a research group, together with my graduate students, tried to do for the last three years,” says Stamatatos.

The Early Researcher Awards aim “to attract the best and brightest innovators and researchers from around the world, keep home-grown talent here, and seize opportunities for global leadership,” says ministry documents.

“Our capacity to compete globally depends on how well we can harness our research, innovation and entrepreneurial strengths,” said Reza Moridi, Ontario’s Minister of Research and Innovation. “Through these investments, Ontario is mobilizing and preparing our researchers to succeed, compete and create the jobs of the future.”

“Their work will make important contributions and will provide benefits to society by expanding our knowledge and enhancing innovation. Drs. Schmidt and Stamatatos represent a cadre of bright, young investigators who are moving Brock forward as a comprehensive, research-intensive institution,” he says.

The award covers a five-year period, beginning this year.

Listen to an audio interview.