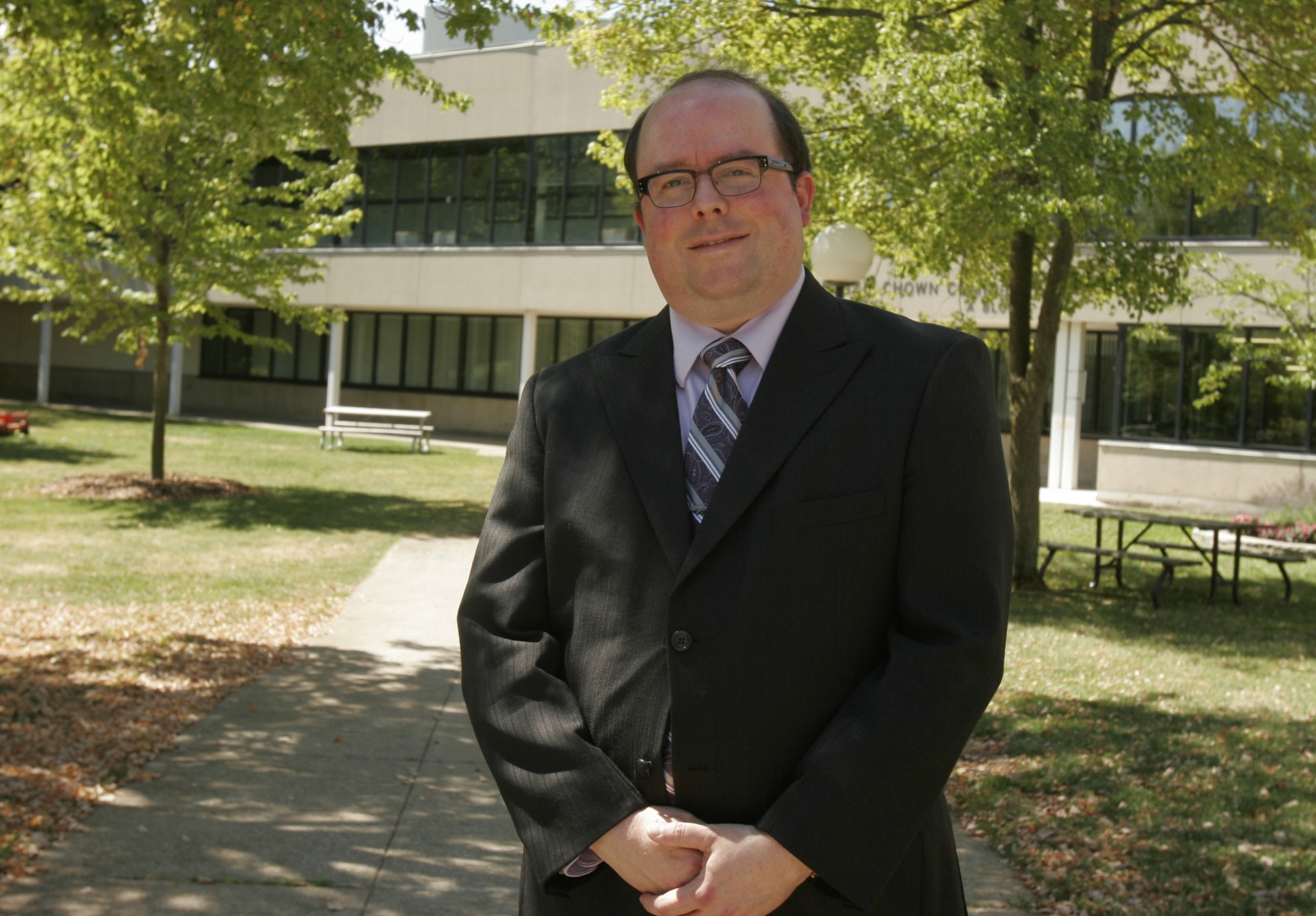 Brian Power, Associate Dean in the Faculty of Humanities, is part of the cast of Apocalypsis at Toronto's Luminato Festival this weekend. Brian Power, Associate Dean in the Faculty of Humanities, is part of the cast of Apocalypsis at Toronto's Luminato Festival this weekend.

If you’re heading to Toronto’s Luminato Festival to see Apocalypsis this weekend, you might notice a familiar face in the crowded cast.

Brian Power, Associate Dean in the Faculty of Humanities, will perform in the epic R. Murray Schafer production that boasts 1,000 actors, dancers and musicians.

Power appears in the second part of the two-part saga about the end of the world and a revolutionary ascension to order, performed at the Sony Theatre.

Part Two, called Credo, features 12 chamber choirs and as many string quartets situated in the balcony or hoisted on scaffolding in the mezzanine.

Each chamber choir is named after a gemstone to symbolize the 12 gates of the New City of Jerusalem in Revelations 21:18-21. Power is part of the fifth chamber choir – gemstone onyx – comprised of members of Toronto-based Pax Christi Chorale.

Power has sung with the choir in the past, most recently in May at the North American premiere of the 19th century oratorio, Judith. This is the first time the veteran choral music performer has been in a project of this scale, however.

“I am thrilled to be one of the 1,000 performers in this production of Apocalypsis, a once-in-a-generation opportunity for a choral singer,” Power said. “Nothing of this scale has ever been mounted on a Toronto stage. The music is a vast, multi-faceted soundscape. While Part 1 is all about shock and awe, Part 2 transports the audience and the performers into another world, where, according to the composer, the universe has no beginning or end or middle, or up or down. It is truly mesmerizing.”

This is the first time Apocalypsis has been performed in full since it premiered in 1980. It runs from Friday, June 26 to Sunday, June 28.

Tickets are $39 and available online.