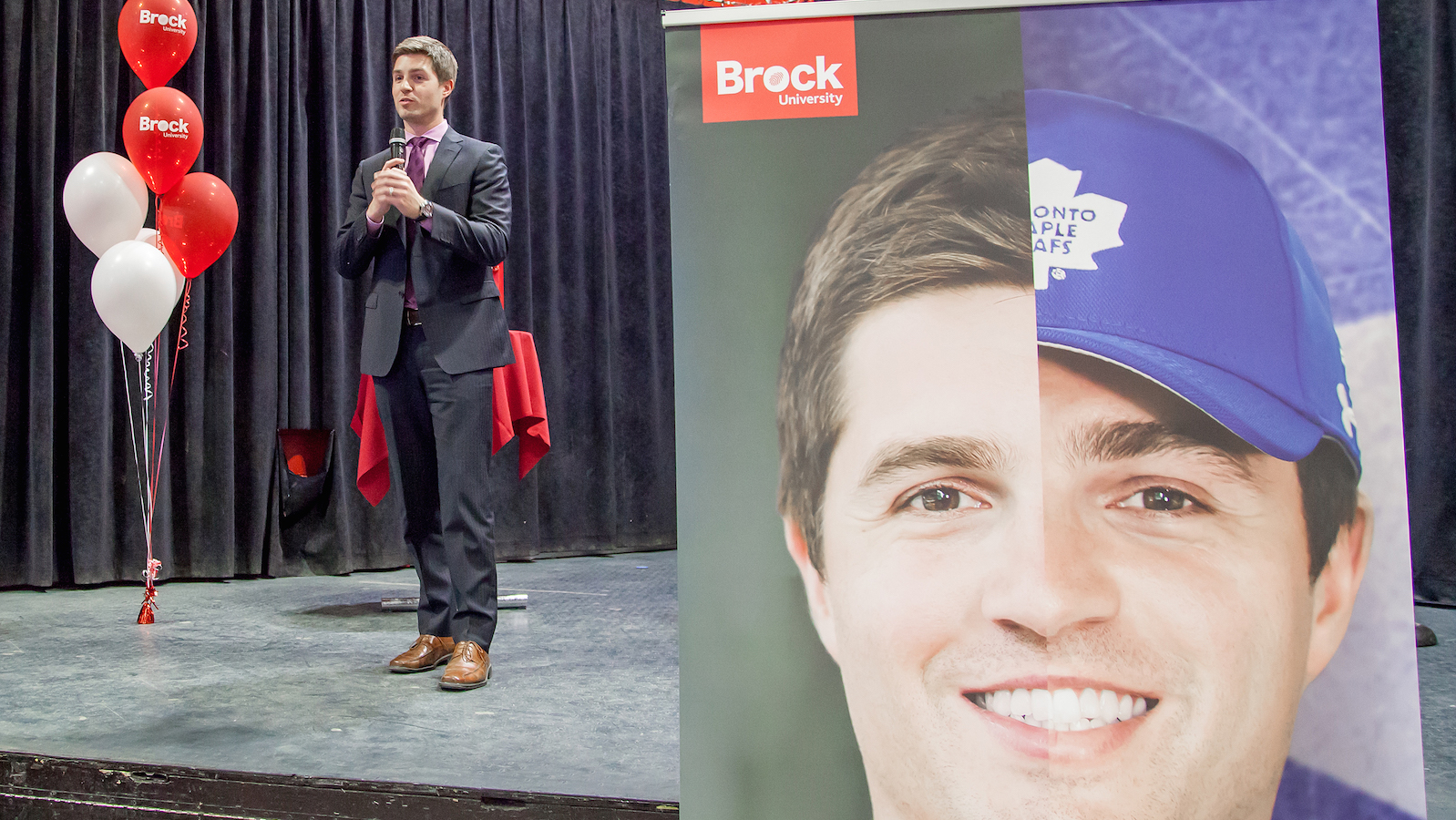 Kyle Dubas at the Grad Send-off at Isaac's Pub. Kyle Dubas at the Grad Send-off at Isaac's Pub.

Kyle Dubas left Brock in 2007. Ask the alumnus, though, and he’ll tell you Brock never left him.

That was part of his message to the Class of 2015 at last week’s first Grad Send-Off, a trade show-style event where Dubas gave the keynote address to inspire the crew of future alumni in attendance.

They were humble words from someone who has had an enviable career since graduating with his sport management degree nearly eight years ago. Dubas, 28, headed up the Ontario Hockey League’s Sault Ste. Marie Greyhounds as general manager before being tapped last summer to serve as assistant general manager for the Toronto Maple Leafs.

Dubas, who’s known for being a stats-based analyst, credits his alma mater for helping in his success.

“Brock, the University in general and the sport management program in particular – I learned how to learn and I was always challenging myself to learn more,” he said. “That was massive in terms of how it shaped me and my career. Without that lesson, I don’t know where I’d be or what I’d become.”

In addition to sharing words of wisdom with more than 350 people at Isaac’s Pub, Dubas was the inaugural recipient of the Outstanding Young Alumni Award for his incredible accomplishments.

He was a natural choice for the honour, said Shelley Huxley, director of Donor and Alumni Relations.

“Kyle is a great example of what our young alumni can achieve,” she said. “He spoke highly of his years at Brock University, the sport management program, and he encouraged students to look beyond the classroom for experience. He attributes his success to this well-rounded approach. I think he is a terrific inspiration to our young alumni: work hard and you will be rewarded.”

The Grad Send-Off is a new event intended to celebrate the accomplishments of graduating classes and help with their transition to becoming alumni.

Attendees have the chance to learn about the perks of being informed and involved alumni, and gain access to career services and the opportunity to expand their network in time for graduation.