Brock’s Dean of Humanities renewed for another term, but he’s moving on 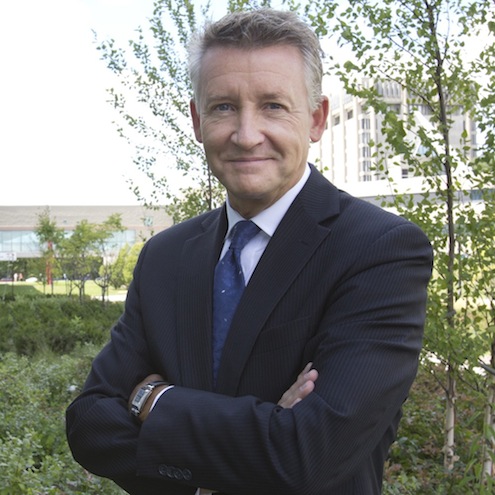 Brock University’s Dean of Humanities Douglas Kneale has been reappointed to another term. However, he is moving on to accept a new position as Provost at the University of Windsor.

Kneale, who has served as Brock’s Dean of Humanities since his initial appointment in 2010, was recommended by President Jack Lightstone to serve another term in the position after a lengthy review and reappointment process.

During his tenure he led the continued growth and development of the University’s Faculty of Humanities and also played a key role in the ongoing relocation of the Marilyn I. Walker School of Fine and Performing Arts to downtown St. Catharines.

“Douglas was our choice to continue to oversee our Faculty of Humanities and the downtown arts school project because we viewed him as the best person for the job,” said Neil McCartney, Brock’s Provost and Vice-President, Academic. “He will be sorely missed and we are sad to see him go.”

Kneale will assume the role of the next Provost and Vice-President, Academic at the University of Windsor on March 1, 2015.

“The past five years at Brock have been extraordinary on many fronts,” said Kneale. “It has been an enormously exciting time for me personally and professionally, and I know I shall miss the outstanding people I’ve had the pleasure of working with.”

Kneale is an award-winning teacher whose research stretches from Wordsworth and Milton to psychoanalysis and the history of rhetoric. He has published books on English Romanticism and contributed peer-reviewed essays to top-tier international journals.

An interim replacement for the position of Dean of Humanities at Brock will be announced in the coming weeks.