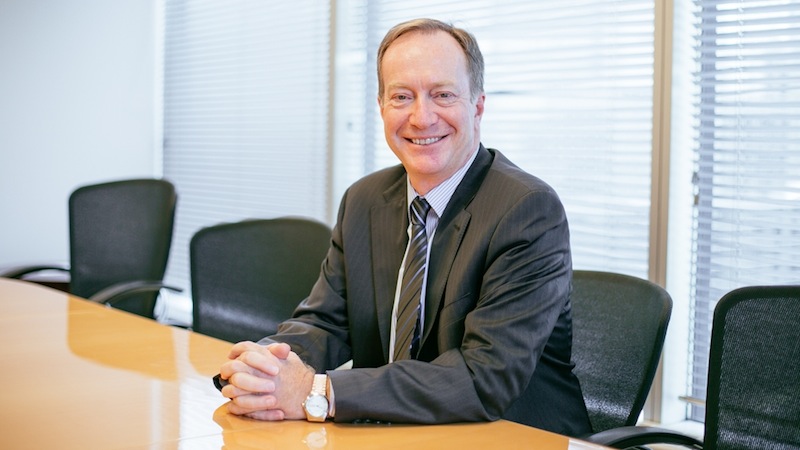 Mark Arthur (BA '77), president of Industrial Alliance Private Wealth Management, is being honoured with the award in recognition of his outstanding professional achievements.

One of the first graduates of Brock University’s business program has been named the 2014-2015 Goodman School of Business Distinguished Graduate.

Mark Arthur (BA ’77), president of Industrial Alliance Private Wealth Management, is being honoured with the award in recognition of his outstanding professional achievements.

The Distinguished Graduate Award celebrates the outstanding professional or personal achievements of graduates of the Goodman School of Business at Brock University.

Every year, an alumnus from the Goodman School of Business meets with student leaders and is honoured at the annual Distinguished Graduate Reception.

“It is a great honor for us at the Goodman School of Business to recognize Mr. Arthur’s contributions as a leader in the field of finance, particularly given that he is an alumnus of the first graduating class of business students at Brock University,” says Don Cyr, dean, Goodman School of Business. “This is especially significant this year, given the 2014 celebrations of the establishment of Brock University.”

Mark Arthur is the president of Industrial Alliance Private Wealth Management, which manages the private wealth management companies within that organization.

Mr. Arthur joined the predecessor company Jovian Capital Corporation in 2003 as one of the partners. Jovian invested in the financial services arena by acquiring, creating and growing companies.

Over 10 years Jovian built a diversified growing portfolio of unique companies involved in the traditional and emerging asset management business.

Arthur also holds his Chartered Financial Analyst (CFA) designation as well as an MBA from the Western University.