Brock-community study to improve wheelchairs for children with cerebral palsy 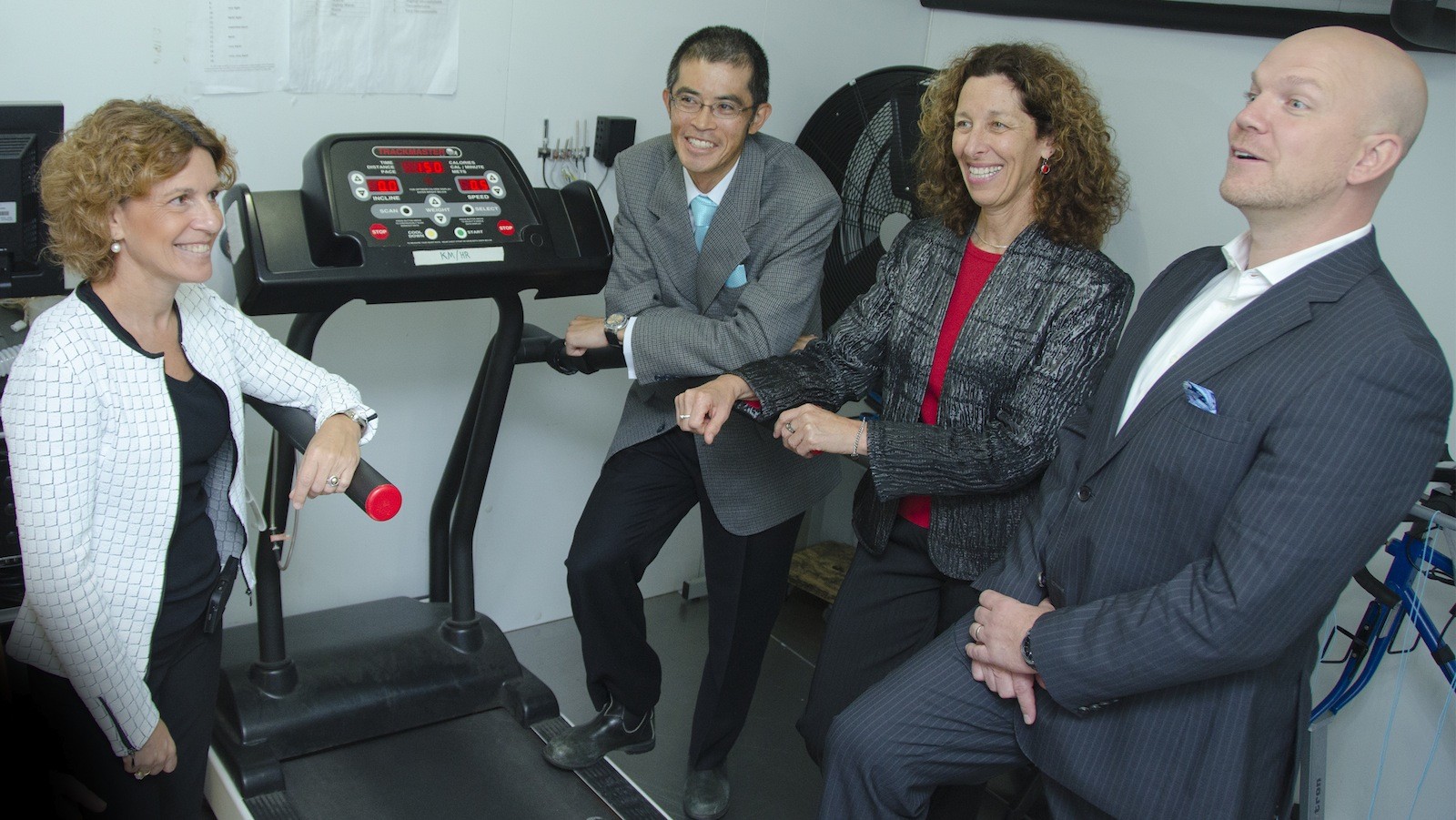 A five-member Brock University research team has partnered with two community groups – Niagara Children’s Centre and Niagara Prosthetics and Orthotics – to find out more about how and why children with cerebral palsy produce heat and get sweaty in their chairs.

“At the end, we will be able to recommend a seating system that would allow children with cerebral palsy and others – from spinal cord injured to elite athletes in wheelchairs – to be in their seat for a long time without the risk of developing pressure sores,” says project team leader Bareket Falk, Professor in the Department of Kinesiology.

Alan Rigby, co-owner of Niagara Prosthetics and Orthotics who began his PhD studies at Brock three years ago, is one of the research team’s members in the CoolWheel Study.

Rigby says the team’s research came out of a problem he and his colleagues noticed with children at his centre.

Children with cerebral palsy sitting in wheelchairs can get particularly hot, sweaty and uncomfortable. They get pressure sores that, when infected, cause a lot of suffering.

“We treat children who are in wheelchairs and, for the most part, are unable to communicate for themselves,” says Rigby.

“When we pick them and take them out of the chair, they are soaking wet. They’re damp from sweat. So that’s that moment of: this can’t be right. Is this normal? Can we do anything about it? And what impact does it have?”

The other members of the research team are Stephen Cheung, Gary Hodges and Nota Klentrou, all from the Department of Kinesiology. Chris Tawill and Julie McNamara from the Niagara Children’s Centre will be working with the team.

“The added stress of cerebral palsy is that much of the time they’re contracting their muscles, so they’re building extra heat, they’re changing their local tissue blood flow because they are in a high state of involuntary contraction all of the time,” he says.

Oksana Fisher, chief executive officer of the Niagara Children’s Centre, says her organization is “very pleased” to be partnering with Brock in in the CoolWheel Study.

“Examining whether better heat dissipation can improve skin quality and integrity is a novel concept,” she says.

“This information is very relevant to the therapists at the Children’s Centre as it will support the development of the most appropriate care protocols for our clients who spend significant periods of time seated in a wheelchair.”

Associate Vice-President Research Joffre Mercier says the team works well together to solve an issue “of substance to the members of the Niagara community.”

“What you’ve done as a team is to identify a problem that needs to be solved and that can’t be solved by any one member of the team,” he says. “Synergy occurs when you have members of the team with complementary skills, so when you put them together, you solve the problem.”

The Canadian Institutes of Health Research and the Natural Sciences and Engineering Research Council of Canada awarded the team more than $585,000 earlier this year for the study.