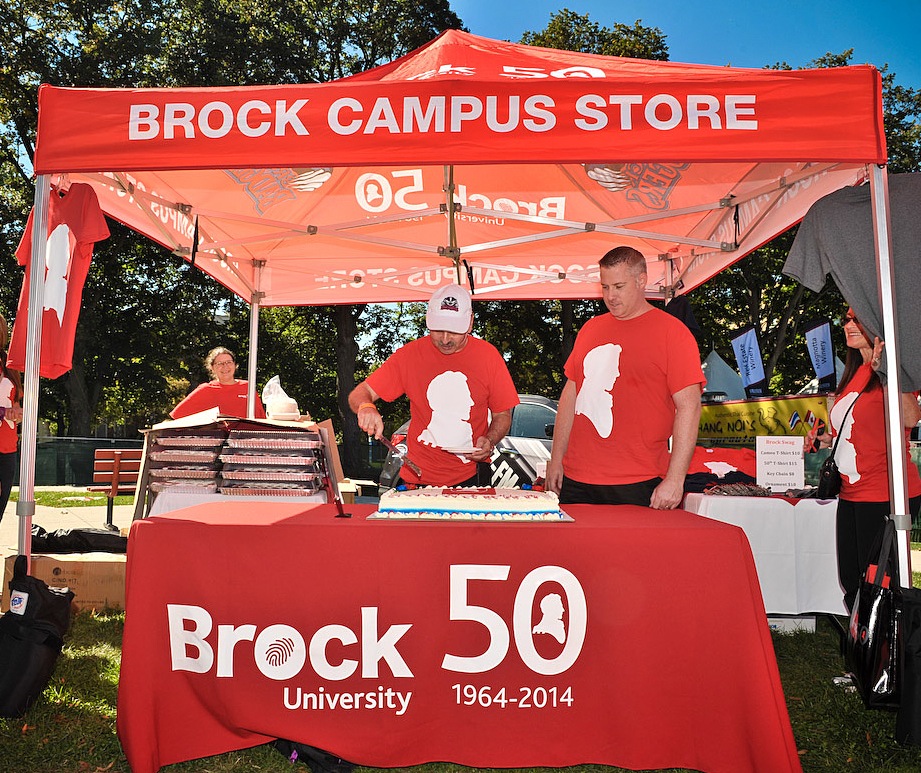 Brock’s 50th anniversary celebrations took to the community this weekend with a birthday party Saturday afternoon at the Niagara Wine Festival.

“Niagara is home to more than 22,000 Brock grads, and there are 30,000 alumni in the Greater Toronto and Hamilton Area,” said Darren Fox on Saturday. “So it made perfect sense for us to host this 50th birthday celebration in the heart of our community at the Niagara Wine Festival.” In addition to the party, Brock’s 50th anniversary float won a top award in the 63rd annual Grande Parade earlier in the day. More than 200 University faculty, staff and students dressed in red marched alongside the winning float through downtown St. Catharines. Brock was a festival sponsor of this year’s Niagara Wine Festival.

Yesterday’s party capped off a record-breaking week of 50th anniversary Homecoming celebrations for the University that saw more than 1,000 graduates and friends return to Brock and Niagara from across Canada and the USA.

Brock’s 50th anniversary celebrations will continue in the coming months with the seventh annual General Brock’s October Soiree on Oct. 25 and the unveiling of a Sir Isaac Brock sculpture in the new Isaac Brock Plaza in front of the Schmon Tower.

The $1.2-million sculpture project is being paid for by a gift from businessman David S. Howes, a longtime supporter of the University and past chair of its Board of Trustees.