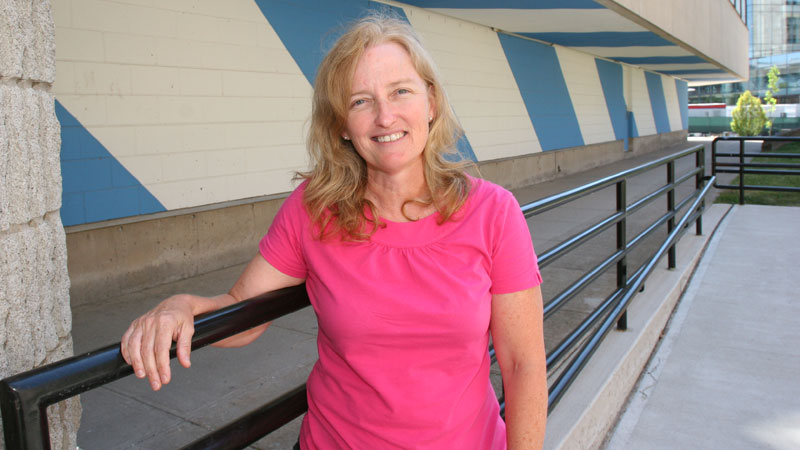 After making waves as a competitive swimmer when she was a teenager, Margaret Sanderson is neck deep in a different type of aquatic competition.

On Saturday, July 19 she will join close to 900 swimmers in the mild Okanagan Lake waters for Canada’s largest open water swim.

Sanderson – Brock’s accessibility coordinator -admits her heart will be pounding when she starts the 2.1-kilometre trek, which is billed by organizers as a demonstration of swimming ability more than a race.

The unique swim will satisfy a craving Sanderson has had since turning 50 last October.

“For me, it’s being part of Canada’s largest open water swimming event and just the experience,” Sanderson said Wednesday before leaving for Kelowna, B.C. and the 66th annual Across the Lake Swim.

Sanderson’s story is inspiring. She was born without a femur (thigh bone) in her left leg, but as a child she quickly found a second home in the pool.

Prosthetic limitations didn’t slow Sanderson as a teenager. Her greatest success came in 1980 when, as a 16 year old, she competed for Canada in the Olympics for the Disabled (now the Paralympics) in the Netherlands.

“My parents discovered (a love for swimming) really early … when they couldn’t get me out of the water,” Sanderson said. “It was the one thing I could do well.”

Sanderson never lost her passion for the water, and she has taken up open water swimming for health and fitness reasons. Her first open water race came in 2010 in Welland, which lasted one kilometre.

“From a pool to open water, suddenly you can’t see the bottom,” she said. “You can’t sometimes even see five feet in front of you (because) it’s murky. You’re not in this nice, confined space and you’ve got people thrashing around you.”

It hasn’t always been easy. Sanderson sometimes struggles to pull herself out of the water as her crutches sink into the soft shoreline sand. Someone – this weekend it will be her son – has to hold her prosthetic leg while she swims.

But Sanderson is grateful for the help she’s received along the way.

The Challenged Athletes Foundation‘s Access to Athletes’ Fund donated $1,000 to offset costs to B.C., while Sanderson received letters of support from Alan Rigby of Niagara Prosthetics and Orthotics, and Scott Stevens, Brock-Niagara Centre for Health and Well-Being coordinator, which were needed for inclusion in Canada’s biggest open water swim.

“Swimming is my strength, and it’s my solace,” Sanderson said, adding she doesn’t want her disability to attract attention from the rest of the competitors. “My goal this swim is to do a good job, finish it, and feel really good about it.

“I’m a swimmer first, and I just happen to be missing a leg.” 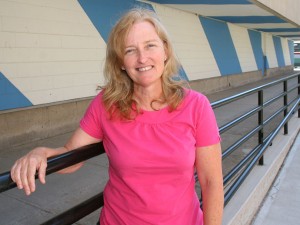 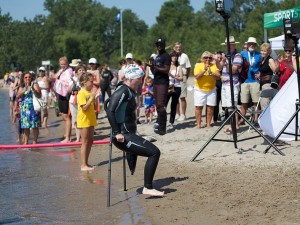 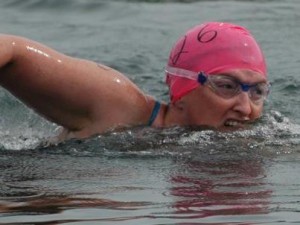