Brock well represented at In The Soil downtown arts festival 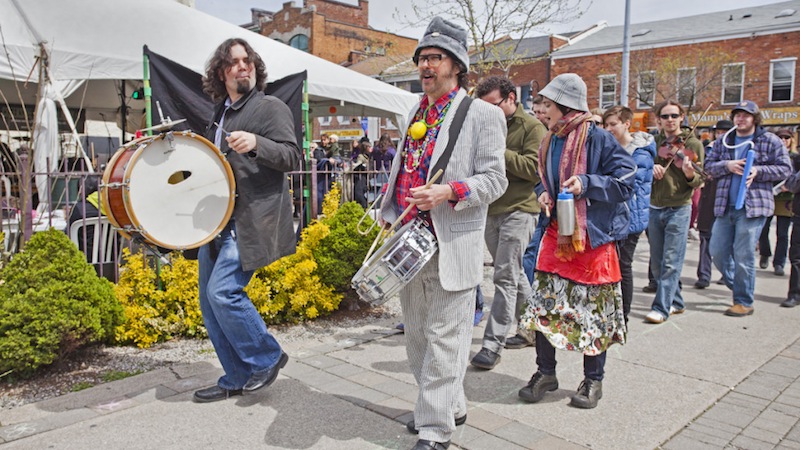 Brock students, staff, alumni and volunteers will help bring downtown St. Catharines to life this weekend as the In The Soil festival once again takes over the core for a weekend of creative arts, entertainment and more.

The three-day multidisciplinary arts fest, now in its sixth year, kicks off tonight at 5 p.m. with a performance by the Woodshed Orchestra at the Festival Hub on St. Paul St. between James and Carlisle Streets, which will be closed off to vehicle traffic.

The annual showcase for Niagara’s budding creative arts scene expects to draw more than 400 artists and 5,000 attendees to the city for the three-day weekend festival.

“With more than 140 acts, artisans and installations to check out, this is truly a festival that celebrates and highlights the arts in Niagara and beyond,” says Sara Palmieri, Committee Chair for In The Soil.

This year’s festival will also include a 50-foot-high ferris wheel right on St. Paul St. – a first for the City of St. Catharines.

Don’t miss your chance to look high over downtown at the making of the new Academic and Cultural Arts Centre and future home of Brock’s Marilyn I. Walker School of Fine and Performing Arts.

There will also be live theatre and comedy such as Paper Song by Concrete Theatre group; The Dirty Cabaret III by St. Catharines theatre company Suitcase in Point; and The Al Borland Band or Tool Time Take Two by local artist Danny Fast.

Not to mention art and photography installations around downtown like Adam CK Vollick’s Frame of Reference and a Vendor Bender marketplace, both at the Festival Hub. Just to name a few of the many things to see and do.

Check out the full schedule at www.inthesoil.on.ca

In The Soil is produced by Suitcase in Point Theatre Company – whose artistic director Deanna Jones and general manager Annie Wilson are both alumnae of Brock’s dramatic arts program – with many community partners, sponsors and funders from all levels of government.