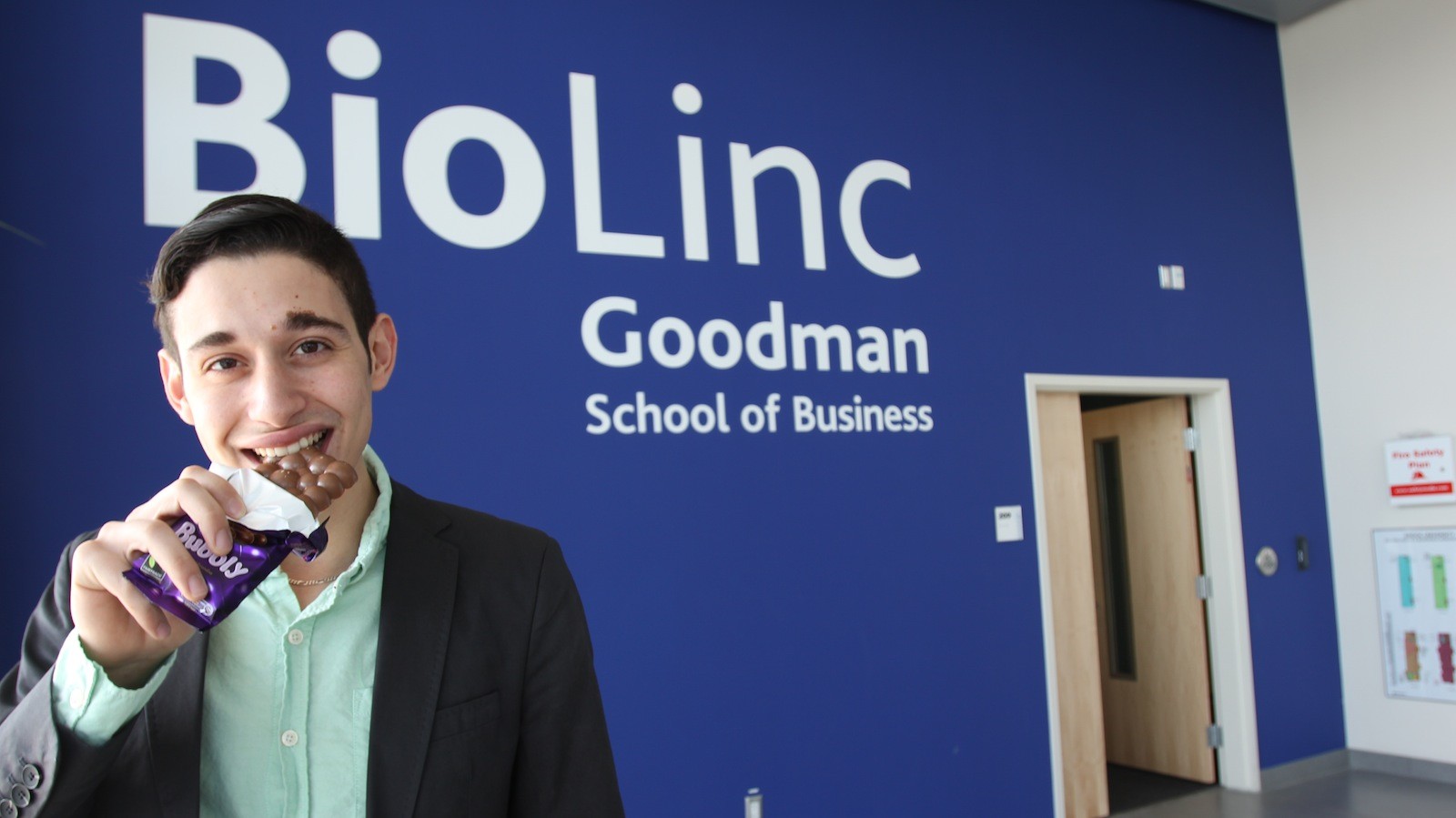 As a financial analyst, Massine Bouzerar found ways to save Cadbury millions of dollars and helped earn him Ontario's co-op student of the year award.

Six weeks into the second term of his placement, the 21-year-old let his bosses at Cadbury know that he wanted a bigger role.

You don’t dream of becoming a CEO without taking risks.

As a financial analyst, Bouzerar found ways to save the company millions of dollars and helped earn him Ontario’s co-op student of the year award.

“This is a first step, getting that recognition and showing I’m on the right path toward my goal,” Bouzerar said. “It’s a pretty big goal, but I think if you don’t make challenging goals for yourself you won’t achieve anything in life.”

Bouzerar was given a productivity project to determine where Cadbury could save money.

The Denis Morris High School grad studied different products Cadbury produced and how much they cost on a yearly basis versus what they should cost.

For example, if the company overspent by $10,000 on producing its popular Caramilk chocolate bar one week, Bouzerar had to identify the reasons why.

In the process he may have saved Cadbury $10 million.

“It was about taking a long-term perspective,” Bouzerar said. “With $10 million, you can’t really achieve all of it in one year, but it’s about setting goals for the next three to five years for everyone.”

Bouzerar is already preparing for his next step.

He’s accepted a full-time job in product management and marketing, pricing and product strategy with Rogers, which begins April 4.

Bouzerar credits much of his success to Brock’s co-op program.

“I think it’s crucial,” he said. “I think if you didn’t do co-op, you’re having a really hard time finding a job.
“I think what co-op did for me was prove to employers out there that I can hit the ground running.”