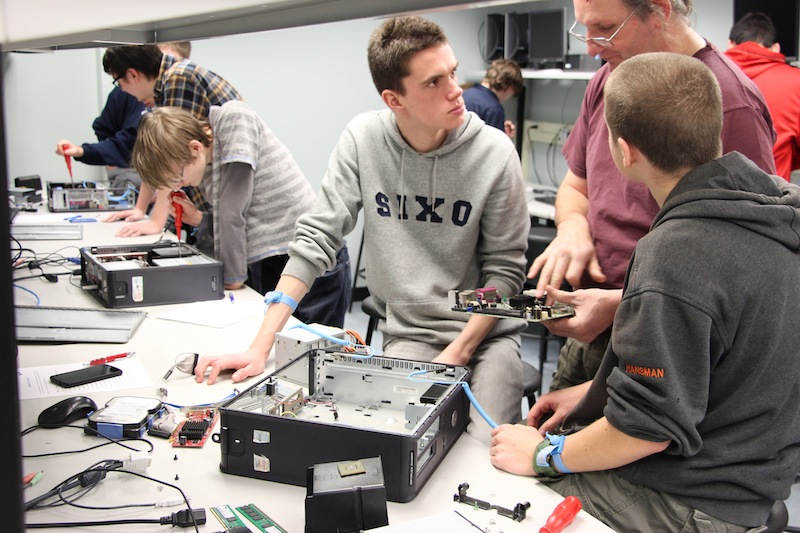 Students spent the day attending hands-on computer-related workshops as part of Computer Science Education Week, which runs until Dec. 14. The event is intended to showcase the importance of an education in computer science and its connection to careers.

The week is also held to recognize the birthday of Grace Murray Hopper, an American computer scientist and United States Navy Rear Admiral. Hopper, born Dec. 9, 1906, was one of the first programmers of the Harvard Mark I computer and developed programming languages.