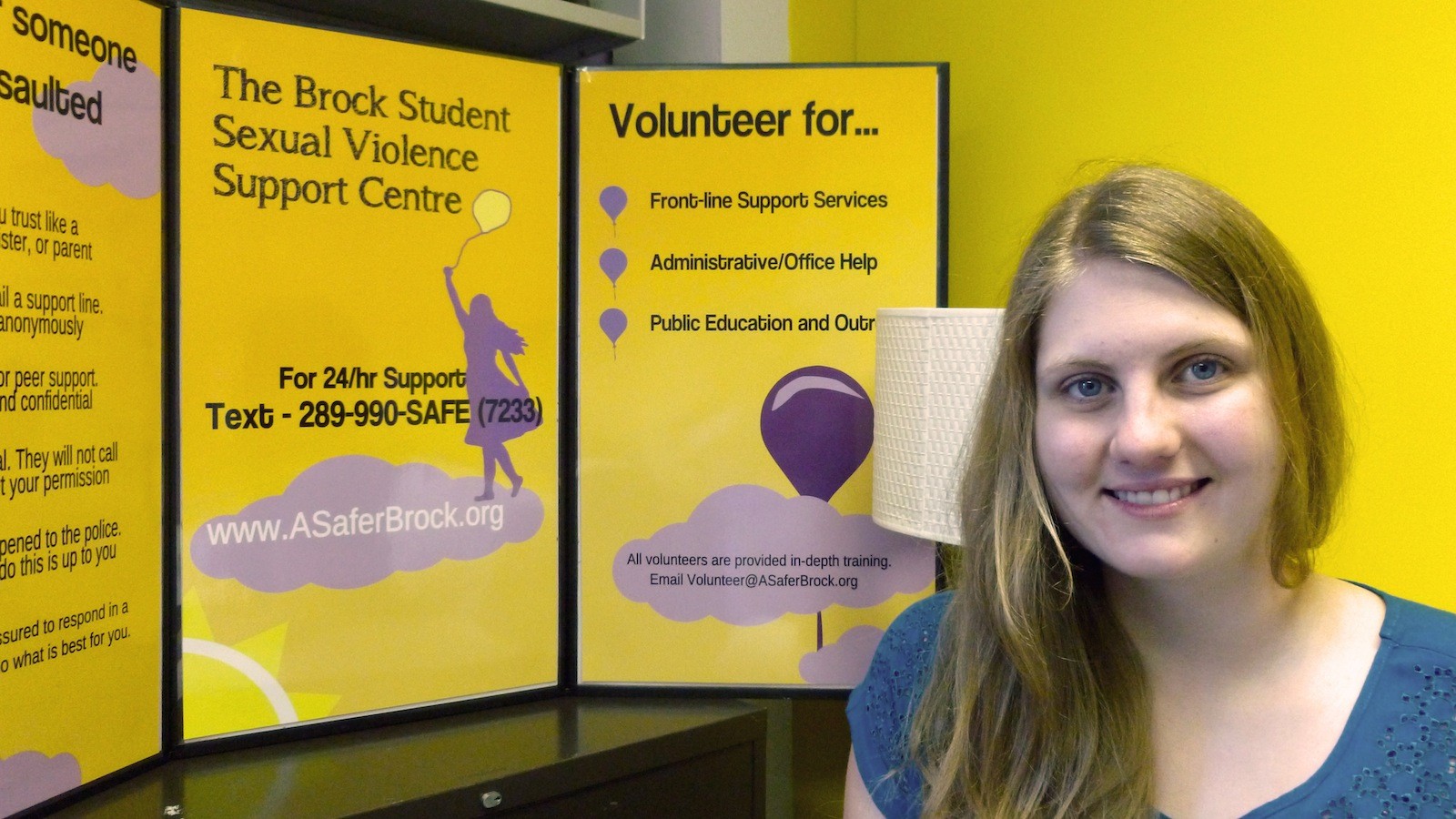 Ellie Donohue-Miller was still in high school when she started lobbying for change at Brock.

As a Grade 12 student with aspirations of attending the University, Donohue-Miller started a campaign to establish a support centre on campus for victims of sexual assault. So, in late fall 2011, she partnered with OPRIG-Brock, got web and financial support, and began her pitch in earnest to provide students with a safer Brock.

“We wanted something on campus that was tailored to students and their specific needs,” Donohue-Miller said. “The first eight weeks (of the school year) have the highest risk (for assaults to happen). It’s heartbreaking to think people are away from home for the first time, they don’t have their social support system around and something awful like this happens.”

Donohue-Miller and what eventually became the non-profit A Safer Brock were able to ask students if they agreed there was a need for a sexual assault support centre during a referendum in the fall of 2012, when Donohue-Miller was just beginning her studies at Brock.

They didn’t. The idea was voted down.

“It was incredibly discouraging. It was a big risk and gamble,” said Donohue-Miller, who paid the $2,500-fee required to have the question go to a vote. The fee was charged because it was an issue pushed by an outside organization.

Still, she didn’t give up. Donohue-Miller continued lobbying for a centre and managed to get the question on a ballot again last February. This time, she succeeded in convincing the voting masses that the centre was an important addition on campus.

Since then funding has been secured to set up the Brock Student Sexual Violence Support Centre, staff, including a public education co-ordinator, have been hired, volunteers have been trained, a 24-hour text line has been established and a ‘Take back the bar’ campaign launched.

Every Thursday night Donohue-Miller and crew hand out condoms at Isaac’s, offer information about healthy relationships, and provide a space for students feeling harassed or unsafe to find refuge.

And plans are to hire more student staff to help the centre reach its full potential of serving and supporting students.

Donohue-Miller, now in her second year of Women’s and Gender Studies, is the first Brock student to be awarded the Fessenden-Trott Scholarship, thanks to her drive to make Brock safer for everyone.

The Fessenden-Trott Scholarship, worth $9,000, is awarded annually to four Canadian university students by the Association of Universities and Colleges of Canada.

Donohue-Mller was nominated by Women’s and Gender Studies department director Shannon Moore, who also played an integral role in helping secure space on campus for a support centre.

Financial benefit aside, the scholarship affirms for Donohue-Miller that she was right to persevere in her efforts for the support centre.

“Affirmation is a good way to put it,” she said. “I don’t have to worry about money now so I can do the volunteer work I want to instead of having to worry about a job on top it and my school work. The scholarship allows me to focus on the work I’m really, really passionate about.”