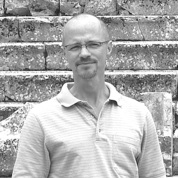 First-rate teaching and mentoring that goes above and beyond the norm is the cornerstone of Brock’s reputation for excellence in undergraduate and graduate education. And at this year’s Spring Convocation taking place from June 11 to 15, the University will pay tribute to six faculty members for their exceptional contributions to teaching.

“The diversity and scope of their interests, approaches and styles makes it clear that for Brock faculty, teaching happens everywhere, be it the classroom, the lab or on a field trip, or during conversations in offices and even over coffee. We are rightly proud of how our teachers mix traditional and innovative approaches to teaching and learning.”

The Faculty Award for Excellence in Teaching is awarded to individuals chosen by selection committees of Faculty members, staff and students from the Faculties of Applied Health Sciences, Education, Humanities, Mathematics and Science, Social Sciences, and the Goodman School of Business. Nominees must have a reputation for superior teaching and be recognized for this quality by students and colleagues.

This year’s recipients are: He teaches diverse subjects from the uses of the subjunctive case and ablative absolutes in Latin, to ancient sport and gladiatorial combat with “sharp weapons,” delivering them in an upbeat, dramatic and even choreographed manner. His energy, enthusiasm and humour have been hallmarks of his teaching since he arrived at Brock in 2001.

Professor Carter has taught classes both large and small – language courses, surveys, and seminars on the Histories of Early and Classical Greece, and the Roman Republic and Empire. Thorough preparation and organization, an encyclopedic knowledge of the subject matter and a genuine passion for his field shine through in his teaching.

Professor Carter has an innate ability to incorporate his research into his teaching in an accessible manner, something his students and colleagues never fail to remark on. His use of space in the classroom creates an excellent linkage between student and teacher, creating an environment of intellectual exchange rather than a “top-down” lecture.

Professor Carter’s philosophy of teaching encourages students to be active participants in the discussion, rather than passive recipients. His student-centered approach to reconstructing Roman history and his boundless enthusiasm in the classroom are greatly valued by undergraduate and graduate students who consistently rank him as a top professor, and describe his classes as among their most stimulating and memorable experiences at Brock.

Not surprising – as he himself says about teaching: “I could not imagine my life without it. For me, teaching is pure joy.” His diverse teaching practices include large-group plenary courses delivered to hundreds of first-year undergraduate students, experiential courses in the teacher education program, and scholarly discussion-based courses in the masters and doctoral programs. In 2010, Professor Hutchison developed and taught a new teacher education course focused on education for social change.

The comments from Professor Hutchison’s 2012-13 teaching evaluations point to a professor who promotes in teacher education students a passion for social studies, his subject specialty. As one student writes, he “makes social studies come alive with active learning and discussions that are very engaging. As a history major, I have high expectations and they were very much met by David.”

June, 2013 marks the end of Professor Hutchison’s four-year term of Chair of the Department of Teacher Education. Over the last four years, he has led a number of successful new initiatives in Brock’s teacher education program. These include a major expansion of the teacher education program’s optional course offerings which this year attracted 400 enrolments and included topics as wide-ranging as kindergarten teaching, occasional teaching, international teaching and coaching school athletes.

Professor Hutchison’s commitment to students extends beyond his formal teaching. For 11 years, he has served as faculty advisor to the St. Catharines Teacher Candidate Liaison Council, offering advise and guidance in support of the Council’s social and charity initiatives.

Professor Marilyn Cottrell’s enthusiasm for economics is contagious. Due to her stimulating approach to teaching, many students become fascinated with economics. Students report that she has a “unique, effective and interactive way of getting through to students.” Professor Cottrell’s attention to detail ensures that students arrive in upper year courses ready to succeed. She generously makes herself available to answer student questions about her courses, and her openness and patience with students is remarkable. She not only attempts to ensure that every student has the opportunity to excel in her courses, but also mentors students regarding careers in economics.

Professor Cottrell was recognized by the Council of Ontario Universities for developing a Learning Object for principles of macroeconomics. Her work on this initiative also received much acclaim in the United States. She was chosen by a juried panel to present the details of her work at successive meetings of the American Economic Association.

This quote from a student captures the sentiment of many: “I believe that Marilyn’s motivation, enthusiasm, and devotion to teaching and to the well-being of her students is exceptional. My Brock experience was enhanced by the opportunities afforded to me by Marilyn’s involvement.”

Professor Alan Castle, a geneticist, joined Brock’s Department of Biological Sciences in 1987 and since that time has made many contributions to the department in teaching, research and administration. He is an exceptional teacher and has had an extremely strong and consistent record of teaching excellence for more than 25 years. Professor Castle effectively communicates with and engages students from diverse backgrounds in the learning process. He teaches both of his Department’s Year 1 courses (1F25 and 1F90), which have the highest enrolments in the Department. Additionally, he has also taught four additional undergraduate courses as well as four graduate courses.

Professor Castle is a popular and well-respected instructor and his student evaluations support this. Many students also refer to him as the best teacher they’d ever had.

Further evidence of Professor Castle’s versatility in teaching students at all levels is demonstrated by his research activity. From 2007 to 2012, he supervised four PhD students, five MSc students and 23 undergraduate honours students, nearly all of whom have now graduated.

To quote one of Professor Castle’s nominators and a long-time colleague, “The students love and respect Alan and actively seek to enrol in courses he is teaching regardless of their interest in the topic. He captures their imagination from first year through to fourth year and in graduate courses as well. He connects with students, understands the issues they face in learning and is a calm, strong and enthusiastic guiding hand that helps them get the most of their program.”

Professor Cheri Bradish was the first faculty member appointed to the Department of Sport Management at Brock in 1997. She has not only been instrumental in helping to build the program, but also in raising its reputation both nationally and internationally. One of the most significant contributions that Professor Bradish has made in her teaching is to provide students with opportunities to apply knowledge and skills within the broader community. For example, as part of her course “Sport and Social Responsibility,” she has partnered with leading organizations such as Maple Leaf Sports and Entertainment, Right to Play and Hockey for the Homeless to create real-world giving projects for her students.

Not only has Professor Bradish provided opportunities for students to apply their skills within the community, but she has also brought the community to Brock.

As outlined in a letter of support from one of her students: “Words cannot express how amazing Professor Bradish is as a teacher … every day she is going above and beyond to satisfy her students and to make them happy, and without a doubt she makes it work! Her professional mannerism and strive for excellence for both herself and her students is truly inspirational.

Professor Anamitra Shome joined Brock University in 1997 as a lecturer in the Department of Accounting and Finance. As a teacher, he is a kind and unselfish individual who values his role as a teacher and works to kindle a spark of lifelong learning in his students. Professor Shome has published several articles pertaining to internal audits, an important topic in light of recent accounting scandals that have changed the field of accounting and pushed auditing to the forefront.

Professor Shome developed a framework to help him achieve his teaching goal called the “3-E Framework” – Enthusiasm, Excitement and Excellence. He actively seeks student criticisms, feedback and suggestions to ensure that he is providing quality learning in the classroom.

One of his students submitted the following comment about his teaching, acknowledging a quote coined by Shome: “Such is life – we come, we have to go. The important thing is to be good people in between the coming and going.”

Professor Shome received his MBA from Saint Mary’s University, Halifax, NS (1992), and his PhD in Business Administration, with a major in Accounting from Concordia University, Montreal, PQ (1998). He became a tenure-track faculty member at Brock in 1998, an associate professor in 2002, and received his CGA designation in 2009.

From 1994-97, Shome held various lecturer positions at Concordia University. From 1980-89, until he returned to school, he held a position as an Officer, Foreign Exchange, Punjab and Sind Bank, Intl, Banking Divisions, in Calcutta and New Delhi, India.

2 comments on “Brock recognizes profs for outstanding teaching at Convocation”