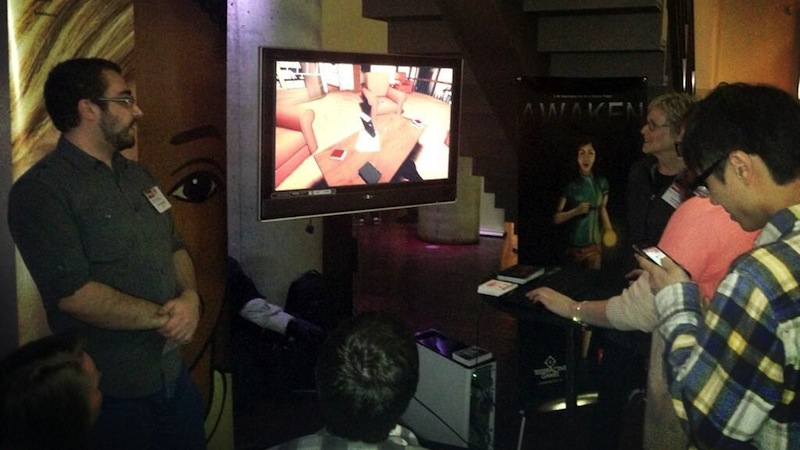 Students and visitors to the Level Up gaming showcase in Toronto try out Awaken, the PC game developed by Brock students that was named best game at the showcase.

Students and visitors to the Level Up gaming showcase in Toronto try out Awaken, the PC game developed by Brock students that was named best game at the showcase.

A group of Brock Interactive Arts and Science students wowed the gaming world with their elaborate adventure video game at a high-profile showcase this week.

The game called Awaken was named best game at Level Up, a student gaming showcase in Toronto that was attended by gamers and industry representatives. Awaken competed against more than 50 virtual creations from 10 other Ontario colleges and universities for the honours.

This is the first time Brock has presented at Level Up, described as a once-in-a-lifetime chance for graduating students to show off their creations to the world. The event was sponsored by gaming industry giants Microsoft and NBC Universal.

“This win is affirmation that the kind of education we are providing in Interactive Arts and Science – study that blends deep conceptual framing of games in culture and art with hands-on production – is enabling students to make games that really stand out for being smart, innovative and polished,” said Jean Bridge, associate professor and co-instructor of the Awaken team.

“I felt really proud of this exceptionally dedicated team of student game developers,” Bridge added. “They have gone above and way beyond what we expected of them because they love what they are doing.” 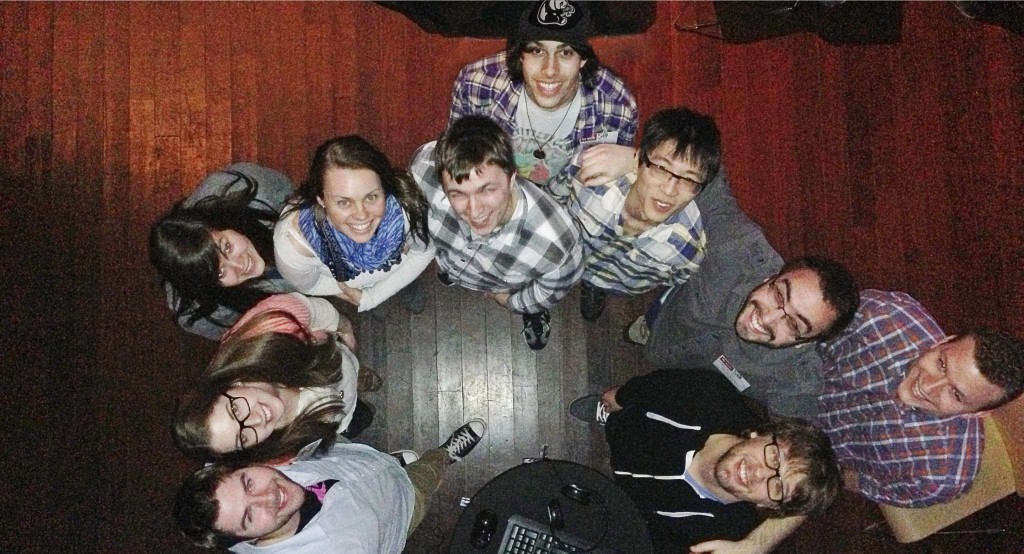 Awaken was developed by 11 fourth-year students who spent about 200 hours since September transforming the game from idea to virtual reality. Awaken is a mixed media, first-person exploration PC game about a woman who loses her memory. Players solve mysteries that reveal who the woman is and how to escape the seemingly ordinary world around her. Each student oversaw the development of a different aspect of the game, such as filmmaking, 3D modelling and level design.

“Our team has put so much work and effort into the game and it’s just wonderful to see our work being recognized,” said student Kev Greene, Awaken’s overall designer.

“Winning the award was not just about us, though. It is great exposure for the Interactive Arts and Science program at Brock. Hopefully this award helps everyone see that we do make high quality games at Brock, and it will encourage future students to come here and be part of Niagara region’s growing gaming industry.”

Kevin Kee, who was the director of the Centre for Digital Humanities for much of the time Awaken was being developed, said the award speaks to the ambition and success of students and faculty involved with Brock’s Interactive Arts and Science program.

“We are immensely proud of what our students accomplished at the premier event for the province’s design, animation and computer science college and university programs,” Kee said. “Our students have been recognized as Ontario’s best. In two months they will graduate, and we look forward to what they will accomplish next.”

Awaken will be launched officially on April 17, when it will be available to download for free at awakengame.ca.

The launch event will take place at the Generator at one at nGen,1 St. Paul St., St. Catharines, from 5 to 7 p.m. and is open to the public.