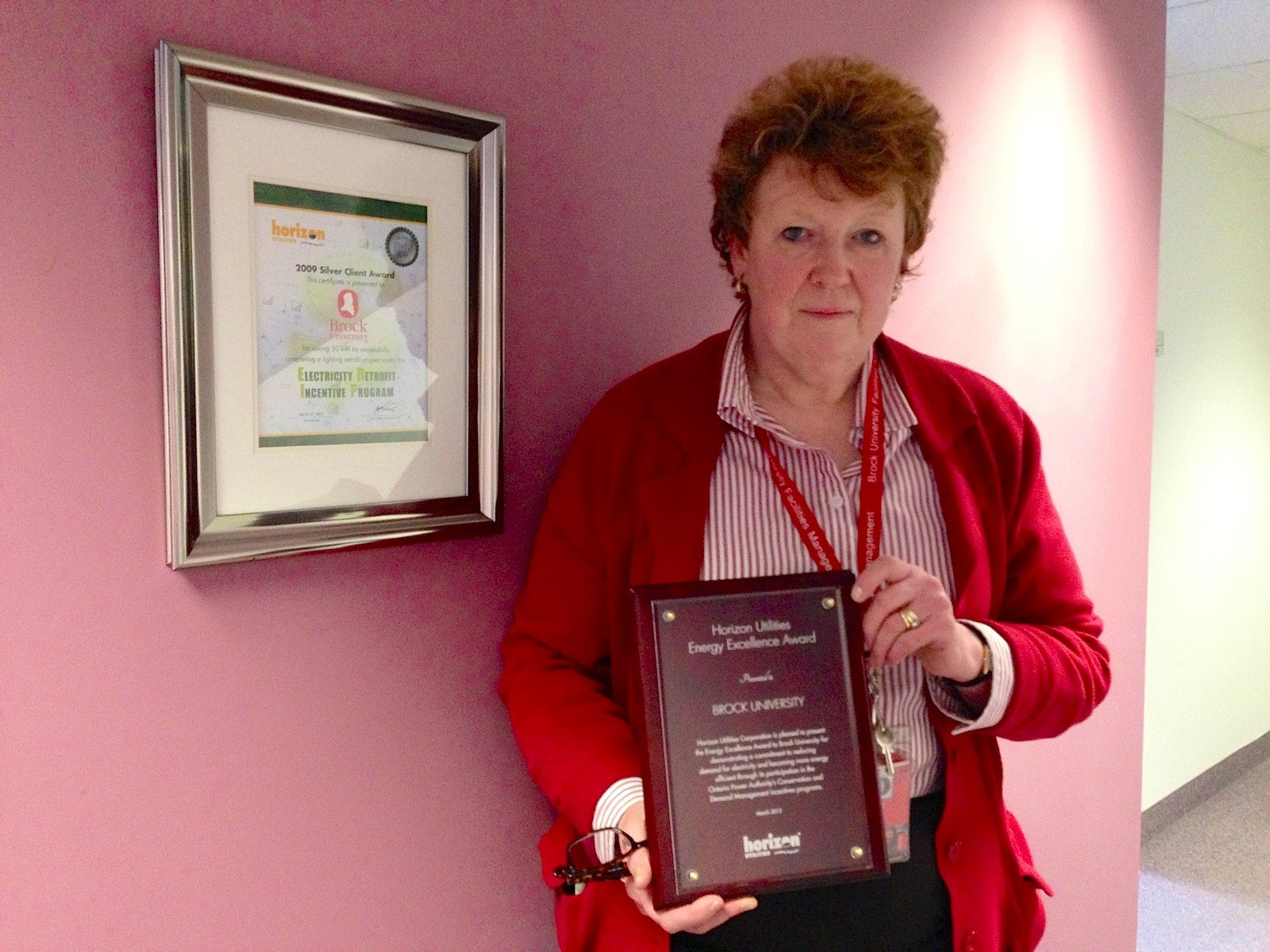 Brock red? How about Brock green?

It’s not a stretch thanks to the University’s greening efforts, which recently netted a Horizon Utilities Energy Excellence Award for demonstrating a commitment to reducing demand for electricity and becoming more energy efficient.

The accolades were for Brock’s ongoing lighting conversion, in which 6,000 new energy efficient fluorescent lights were installed in 15 buildings on campus. The efforts earned Brock a shiny plaque and a cheque for almost $100,000 from Horizon toward the $250,000 project, which is being managed by Dave Balasiak.

“It’s great. It reinforces what we’re doing and it’s nice to be recognized,” said Cassie Kelly, director of Maintenance and Operations. “It’s $100,000 of free money. To us, that’s a lot of money, especially knowing we’re going to have even more in energy savings.”

The new fixtures will use 25 per cent less energy than the old ones and come with a two-year payback. They’ll shave about $150,000 a year off the University’s energy bills.

“It’s a better quality of light and it is brighter,” Kelly said about the new fixtures. “We’re quite excited to implement energy saving measures.”

And those measures won’t stop there. In addition to completing seven more buildings in the next phase, other projects on Facilities Management’s to-do list include improving the energy consumption of the University’s co-generation power plant.

Tweaks over the last year have already been done to reduce the plant’s natural gas consumption by about four per cent. But the University is applying to both Horizon and Enbridge for grants to make improvements bettering that, Kelly said.

Meters to gauge power consumption patterns will also be installed.

The moves to a more eco-friendly way of doing things at Brock will also help the University reduce its greenhouse gas emissions and meet the target of reducing consumption by 20 per cent over the next 10 years.