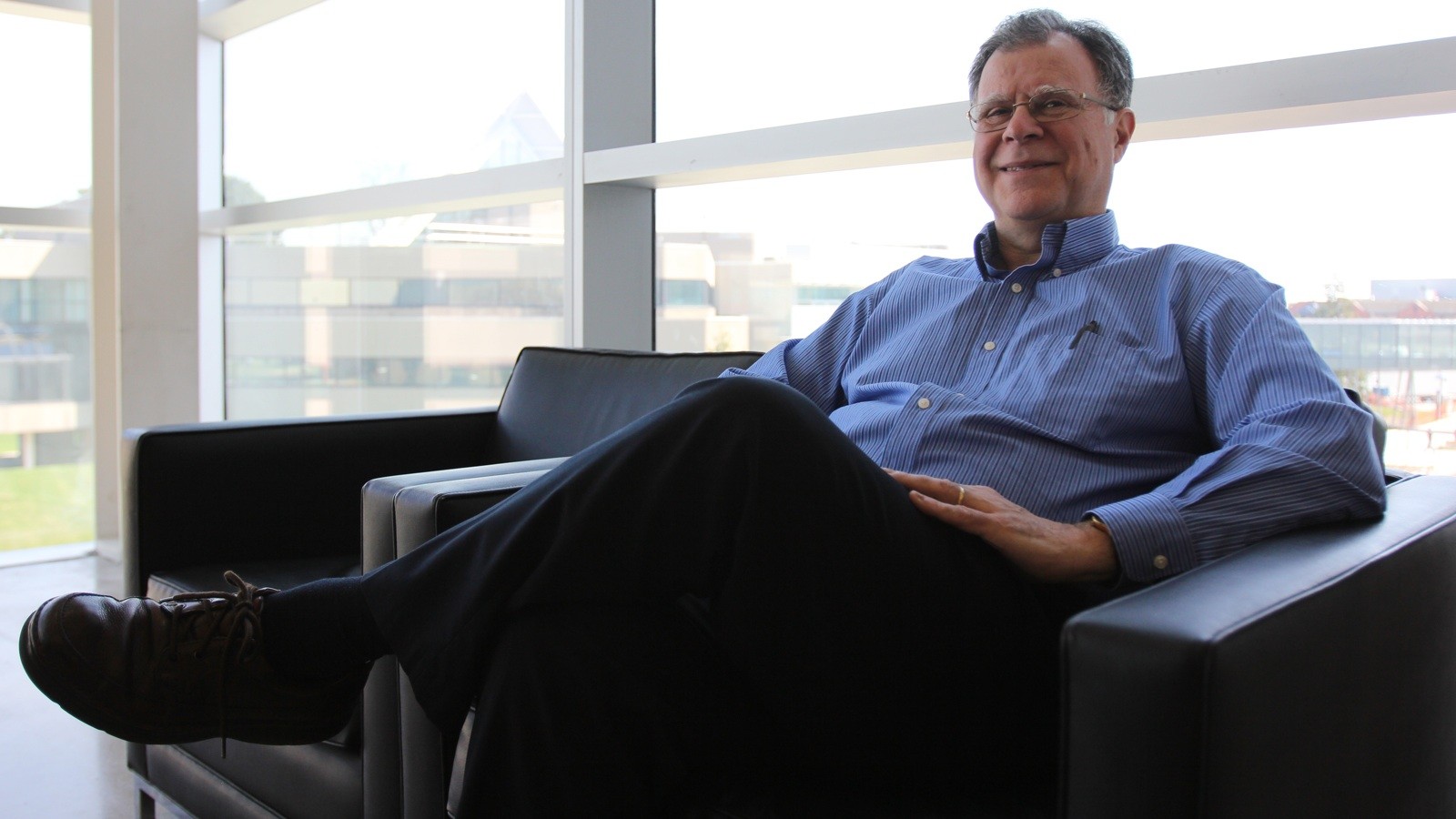 Prof. David DiBattista, who is retiring, will present his last lecture on Wednesday, as part of the Spring Perspectives hosted by the Centre for Pedagogical Innovation. Prof. David DiBattista, who is retiring, will present his last lecture on Wednesday, as part of the Spring Perspectives hosted by the Centre for Pedagogical Innovation.

David DiBattista is
a) a master at crafting effective multiple-choice tests.
b) a psychology professor at Brock University.
c) a 3M National Teaching Fellow.
d) about to retire.
e) all of the above.

The answer is e) all of the above. And on Wednesday, DiBattista will be bidding adieu to a 26-year career as a psychology professor at Brock by delivering his last lecture- The Last Lecture, in fact – a hypothetical final trip to the lectern to bestow his wisdom as though it were his last chance to do so.

The Last Lecture runs from 9 a.m. to noon in TH 325. The concept is based on the New York Times best-selling book The Last Lecture, which expands on the final talk given by a Carnegie Mellon University computer science professor, who spoke about achieving one’s childhood dreams before he died of pancreatic cancer in 2008.

The theme of DiBattista’s last lecture, which is hosted by the Centre for Pedagogical Innovation, will be pearls of wisdom – those he has gleaned from others who have influenced him as a teacher, and which he hopes to impart to his colleagues.

“It’s going to be a lot of pictures, which help me to know what to talk about next,” DiBattista said with a smile. “I hope it will be entertaining.”

He will be joined by Lorne Adams, a kinesiology professor who spent 40 years at Brock and was named a 3M National Teaching Fellow in 2004, Canada’s highest recognition of excellence in higher education.

“Both David and Lorne have contributed so much to the culture of teaching and learning at Brock,” said Anna Lathrop, Vice-Provost Teaching and Learning. “David’s gentle, thoughtful and encouraging demeanour, and Lorne’s wry humour and compassionate spirit will truly be missed.”

Despite the seeming finality of Wednesday’s event, DiBattista, named a 3M National Teaching Fellow in 2007, said he’s feeling fine calling it a career.

“It’s a good time for me to do this,” he said. “I’ve had a great career. Working one year more or one year less isn’t going to make a difference for me about whether this has been a good career or not. I want the chance to do other things.”

Traveling, whittling his way through a pile of books, and continuing to work with teachers to help them to write better multiple choice tests are on his retirement to-do list.

Multiple choice testing is a topic DiBattista spent the latter part of his career researching, focusing on test design and effectiveness in higher education. He has presented on the topic throughout Canada, helping university professors develop their question writing skills to ensure student success but also an accurate reflection of student learning.

It was an about-face after spending the bulk of his career studying the eating and drinking behaviours of animals. But after taking time to reflect on his career about fifteen years ago, DiBattista said he felt he’d have greater impact devoting his efforts to teaching and learning.

Though he plans to consult on the topic during retirement, he’s clear that it won’t become work.

“I have to treat it as a hobby so it doesn’t interfere with other parts of life,” DiBattista said. “Being an academic, you let things take over your life. I want to take my foot off the gas for a bit and enjoy life, and continue to have my hobby.”

Still, his research focus wasn’t the only change DiBattista experienced while at Brock.

He has seen the University shift from a primarily undergraduate institution to one where graduate studies and research have become greater priorities.

Since arriving in 1986, he has also seen the campus grow and the student population – no more than 7,000-strong at the time – become increasingly diverse.

All the while, though, DiBattista, who came to Brock from Concordia University, couldn’t imagine being anywhere else.

One comment on “3M Teaching Fellows to give Last Lecture”