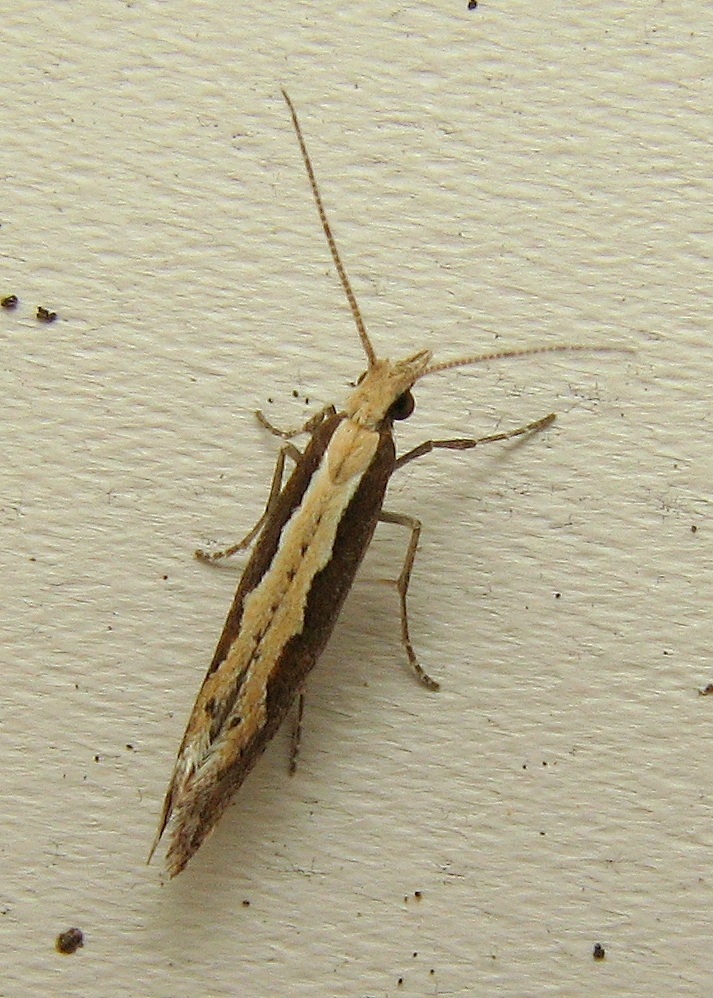 The diamondback moth is believed to cost the agriculture industry $4 billion worldwide. The diamondback moth is believed to cost the agriculture industry $4 billion worldwide. Photo by urtica.

Researchers are one step closer to understanding how a serious insect pest is able to resist pesticides — potentially enabling farmers to better protect their crops — thanks to the findings of an international research team that includes Brock University biologist Liette Vasseur.

The China-based research group has mapped out the genome of the diamondback moth, an insect pest that feeds on cabbage, oilseed crops, such as canola, and other related crops.

The diamondback moth is a worldwide pest with economic costs of more than $4 billion per year. Its success as a pest has been linked to its capacity to develop resistance to all types of insecticides.

“This is an important step in better understanding the species and especially its incredible capacity to develop resistance to pesticides,” Vasseur says.

Cabbage and other cruciferous plants produce what are known as “defensive chemicals,” substances that theoretically help the plant to avoid being eaten by herbivores. Over millions of years, the moth has developed special detoxification genes that are highly active in the gut of the larvae, making them able to detoxify a wide range of chemicals found in crucifers.

“This adaptation is combined with high levels of genetic diversity in the insect’s genome, which allow it to adapt readily to the range of different chemicals found in its food plants,” says Minsheng You, director of the Applied Ecology Institute, vice-president of Fujian Agriculture and Forestry University, and research team leader.

“Remarkably, it appears that the very genetic adaptations that allow the diamondback moth to detoxify the chemicals in its food plants also allow it to develop immunity to the insecticides used against it,” says Geoff Gurr of Charles Sturt University in Australia, one of several international collaborators.

The findings of the team’s research, published in the latest issue of the journal Nature Genetics, will enable scientists to look at strategies to reduce the diamondback moth’s impact on crops, especially to counter its mechanisms of resistance to insecticides, says Vasseur.

“Everyone is interested in finding innovative strategies for helping farmers develop sustainable agricultural practices,” she says.

Vasseur is a member of a team of almost 30 scientists who have been working together for several years at the Applied Institute of Ecology at Fujian Agriculture and Forestry University and the Beijing Genomics Institute in various projects related to sustainable agriculture.

“I am certainly proud to be part of this strongly committed research group,” Vasseur says. “I have seen it growing since its establishment and I know it will continue to rapidly expand in the future.”