Nominations for honorary degrees due Jan. 4 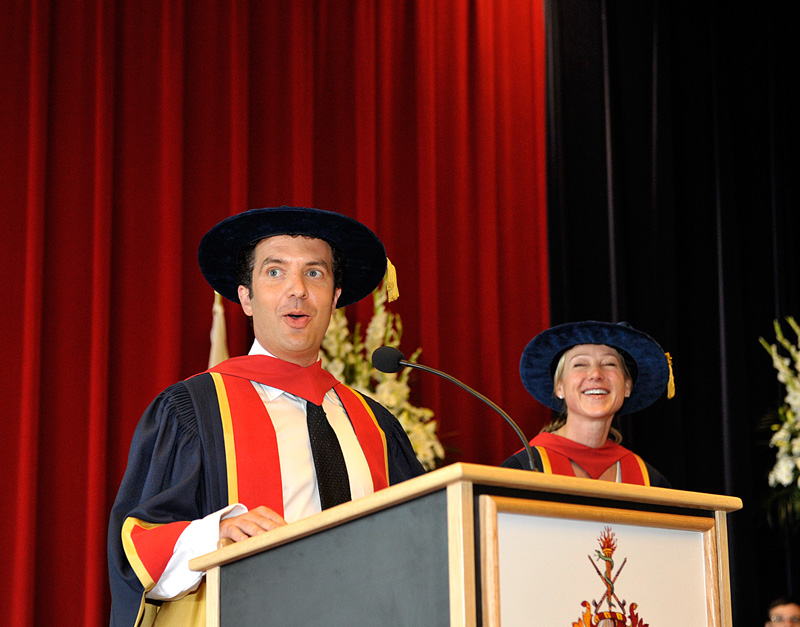 Good news is, nominations for honorary degrees can be submitted throughout the year to the Office of the University Secretariat. But if you have visions of your ideal recipient being granted a degree at convocation next June, make sure nominations are made by Jan. 4, 2013.

Any member of the Brock community or public can submit nominations. Brock grants honorary degrees to individuals the University recognizes as having an established record of distinguished achievement and remarkable service, who support the values of advanced learning and the pursuit of knowledge, and whose acceptance of the honour would bring acclaim to the University.

Nomination forms and guidelines are available online or by contacting the Office of the University Secretariat at ext. 3334 or 4307.

The Senate Governance Committee reviews, in confidence, all nominations received and forwards its recommendations to Senate for consideration.

Senate does not report on its deliberations because of confidentiality. However, nominees remain eligible for reconsideration by the Governance Committee for up to three years. If a nominee isn’t selected in that time, the name will be removed from active consideration.

A nominator may resubmit a name with additional documentation at any time.