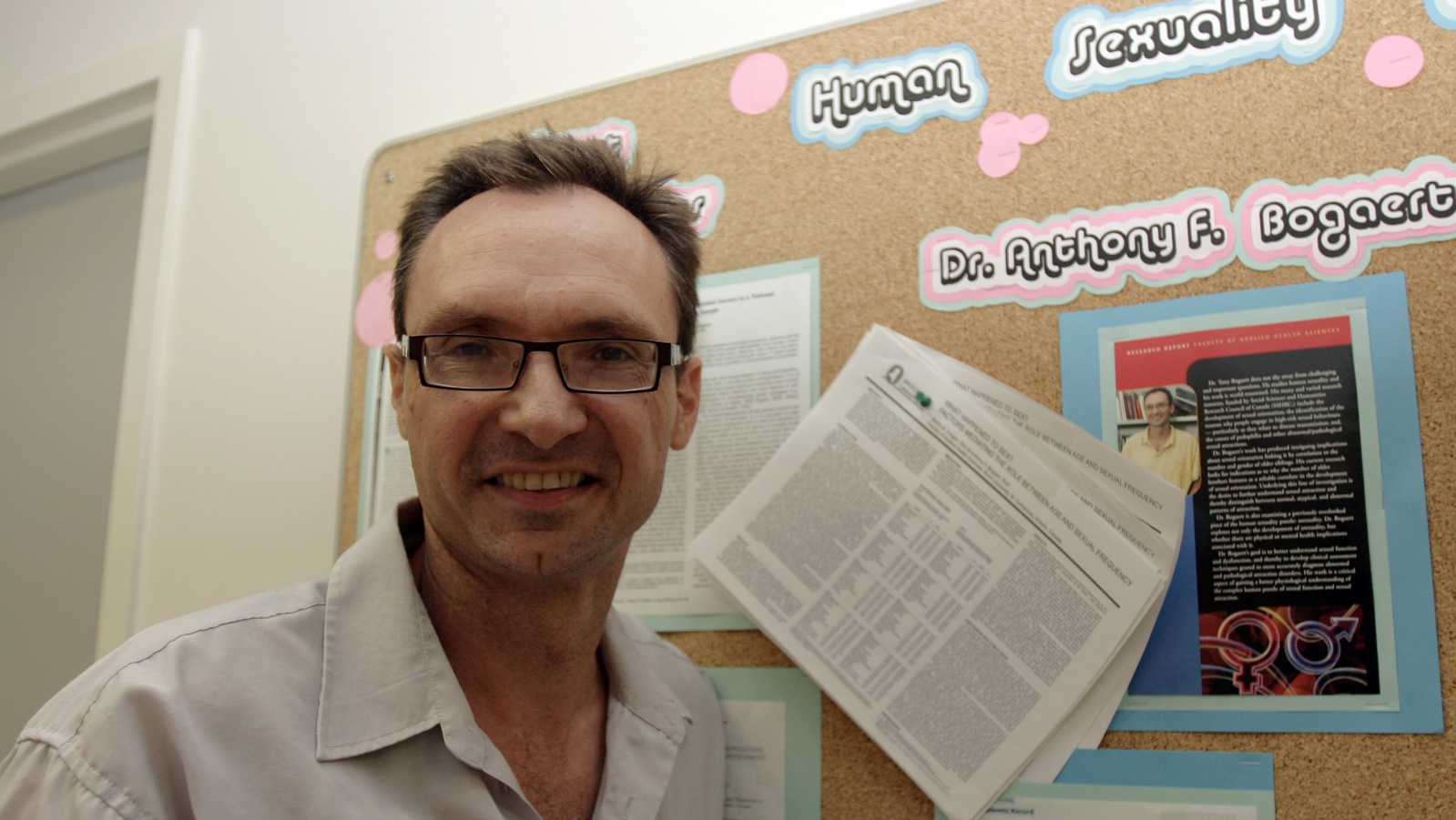 Many of us have had that morning-after revelation that sex can, indeed, occur without candlelight, flowers and moonlit serenades.

But romance… without sex?

That would be par for the course for someone who has no sexual attraction whatsoever to either a man or a woman.

“There’s evidence that many asexual people are in fact romantically inclined, that they do want to have a love bond with a partner, they do want to have some kind of affectionate intimacy that we define in a romantic kind of way, but not have any need or interest in any kind of sexual bonding with their romantic partner,” he says.

Bogaert is on the cusp of releasing his book, “Understanding Asexuality.” In it, he expands upon his previous work and other researchers’ findings as he explores two groups of people: those who experience no sexual attraction or desire whatsoever and those who experience no sexual attraction to others but still have a “non-specific” sex drive that is typically satisfied in solitary sex.

He says that asexual people tend to de-couple romance and sex.

“They could have certain physical sensations and know that this is pleasurable on some physical level,” says Bogaert. “But it doesn’t mean that they are sexually attracted to whoever or whatever stimulates those sensations. It would just be like, I could have done that with anything or anyone.”

Bogaert argues that asexuality is actually a fourth category of sexuality – gay, straight, bisexual, and asexual – complete with an “epiphany” and identity process similar to what many gay people go through.

“There is a recognition that one is different and then, if you have enough knowledge and information based on the Internet or books you’ve read or friends, you may actually attach a label to yourself and say, ‘Ah ha! That’s what I am. I am asexual,'” says Bogaert.

“And then you may even have a coming out experience where you actually profess in a public way that you are this.”

He estimates that between 0.5 to one percent of the population might be asexual.

In his book, Bogaert talks about how asexuals view sex, art and other aspects of life through a non-sexual lens, seeing sex as being “mad.”

One comment on “Prof pens new book about asexuality”