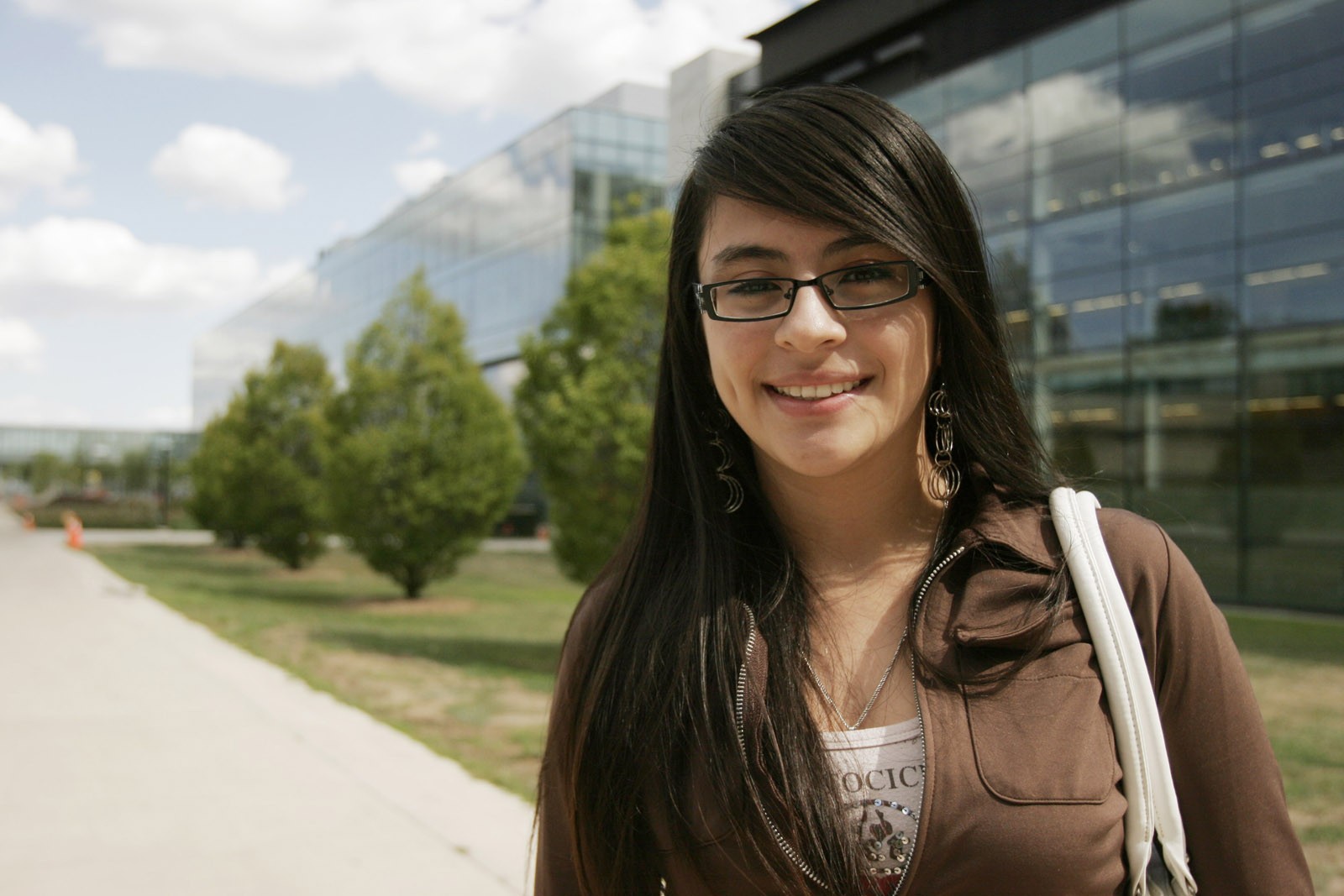 Sayuri Gutierrez, whose father is a Mexican seasonal agricultural worker, has received a scholarship for children of Niagara's migrant workers to attend Brock. Sayuri Gutierrez, whose father is a Mexican seasonal agricultural worker, has received a scholarship for children of Niagara's migrant workers to attend Brock.

A promise to a dying grandmother but no way to fulfill that vow — Sayuri Gutierrez, whose father is a Mexican migrant worker employed in the region, was hard-pressed to figure out how she and her family could ever afford a university education.

The result was the Migrant Children’s Education Award, the only university-based award of its kind in Canada, with 18-year-old Sayuri Gutierrez as its first-ever recipient. Gutierrez is also the first one in her family to go to university.

Mitchell explains that the educational award is one way Brock puts into practice the principles of sustainability. He says the widely referenced United Nations’ definition is simply present generations leaving enough of the earth’s resources for future generations.

“Since Brock is one of a handful of universities in Canada to be located in a UNESCO (United Nations Educational, Scientific and Cultural Organization) World Biosphere Reserve, this gives the university the opportunity to practise sustainability through these international lenses,” Mitchell says.

Such innovative approaches are also in line with Brock’s 2014 Integrated Strategic Plan, he says, and are typical of the transdisciplinary initiatives being investigated by the Environmental Sustainability Research Centre (ESRC) where he and Fancy are associate faculty members.

But it’s not just the physical environment that needs to be protected and cared for, Mitchell notes.

“To try and understand sustainability without looking at the people who are working on the land doesn’t work,” he says when explaining the award’s creation.

“It’s these kinds of intersections between and amongst education, science, and culture that brought me to notice the migrant agricultural workers in the Niagara Region. They bring so much prosperity for all of us and yet their experiences are often that of social exclusion, marginalization and even discrimination.”

Sayuri Gutierrez can attest to that. She and her family were on the verge of being deported in June but were granted residency on compassionate grounds. Her father suffers from kidney disease and would be unable to afford life-saving treatment in Mexico.

“My family had gone through so many things,” she says. “I saw how a psychologist was working with my brother when he had his traumas. My mother was going into depression. One day, I thought being in psychology would be a good idea to help people that have family issues or children who go through hard times.”

Gutierrez says receiving the scholarship was like “winning the lottery,” ensuring her and her family’s future.

“I have to go to university and fulfill that promise I made to my grandmother.”