Political science grad students pull off their own conference 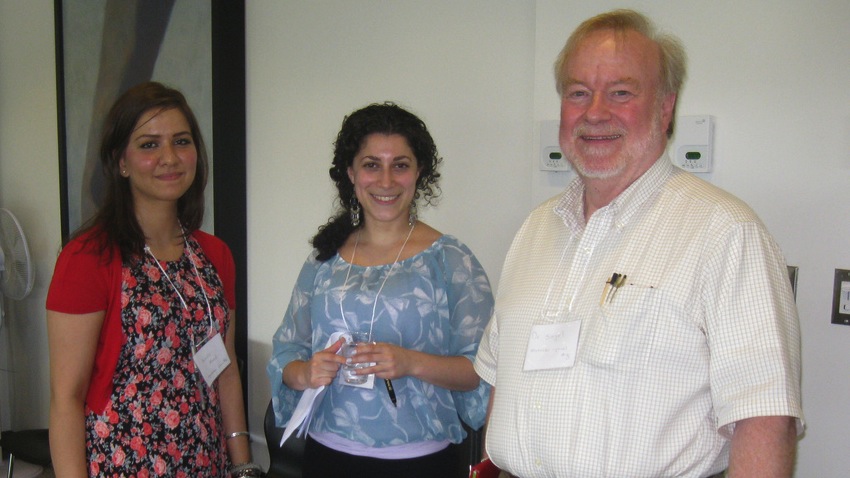 Graduate students can easily become so immersed in their independent research that it can be a challenge to find time to connect with their academic peers.

However, political science master’s students at Brock proved that doing the opposite can be an inspiring and valuable way to approach their work.

Last month, more than 40 grad students from a variety of Faculties at the University and four other schools (York, Guelph, Waterloo and Ryerson) did something a little different. They got together to share their ideas and research at a conference planned entirely by students.

“When you believe in something so passionately you have to share your passion with like-minded people,” says Binish Ahmed, a Brock master’s student specializing in public policy and one of the conference co-ordinators.

Binish has received correspondence from conference participants, which included students from various disciplines and schools, indicating how much they appreciated the intimate forum and opportunity to share their research with others.

“It was a huge success,” says Ahmed. Ahmed teamed up with two other Brock students to plan the conference. Hailey Murphy and Friederike Landau are completing their master’s degrees in political theory and together with Ahmed were also presenters at the Faculty of Graduate Studies’ Mapping The New Knowledges conference that took place in April.

The Graduate Students Association, the Faculty of Graduate Studies, the Council for Research in the Social Sciences, and professor from the department – Charles Conteh, Pierre Lizee and Colleen Bell – all provided support for the event.

“Everyone we reached out to was extremely supportive,” says Ahmed. “The results reflected the commitment of everyone involved.”

Pierre Lizée, associate professor and chair of the Department of Political Science, called the student-led initiative a “superb conference.”

“What was key was the sense that our graduate students are becoming scholars,” says Lizée. “That is what was fascinating for me.”

Lizée went on to comment that the presentation skills seen at the conference were what he normally sees from his more established colleagues. For some of the students, this was the first time they had made presentations.

“I welcomed the students as colleagues,” says Lizée.

Plans are already underway for next year’s conference, with the intention of continuing the tradition on an annual basis.