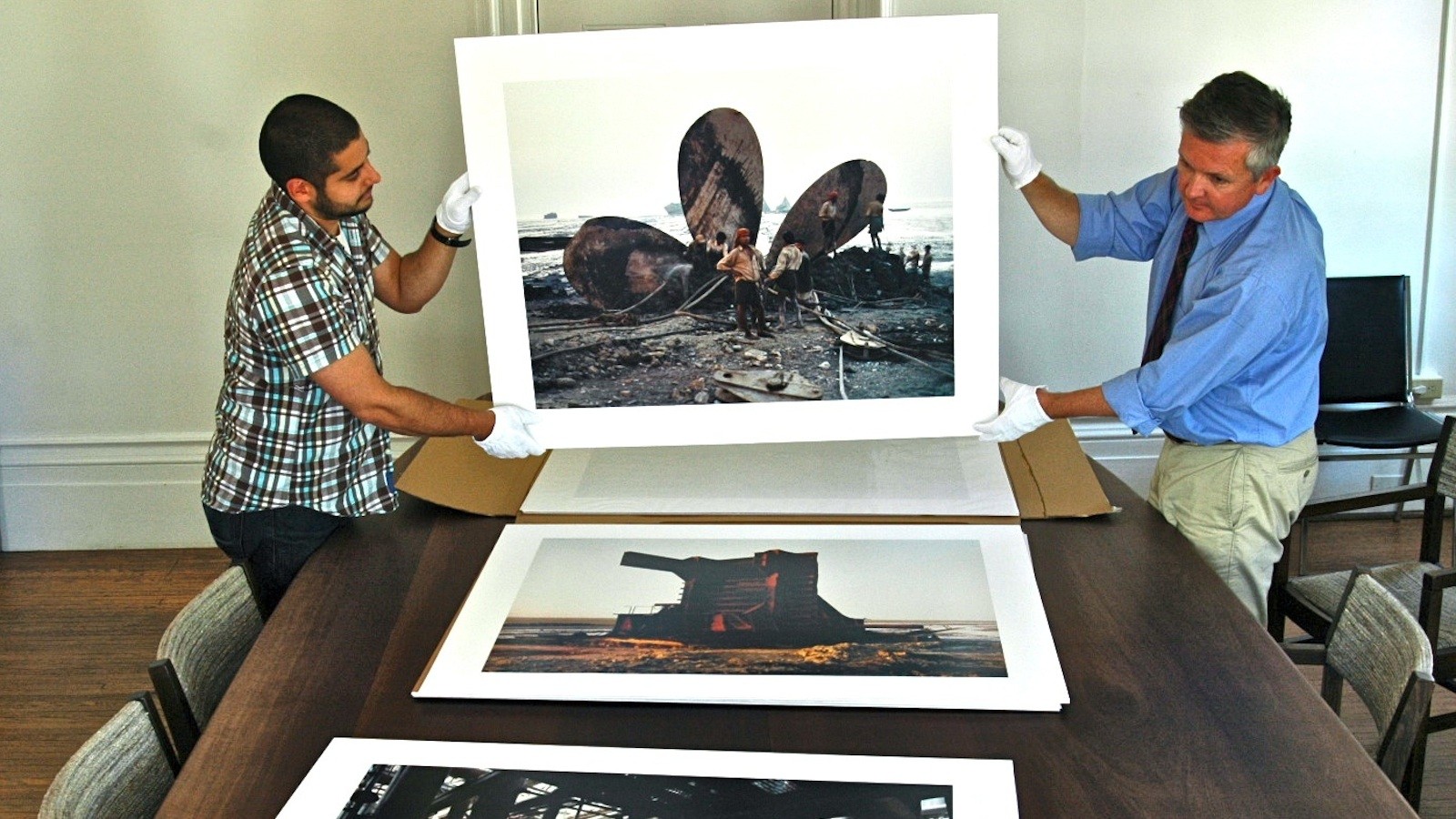 Canadian photographer Edward Burtynsky is donating 40 hand-made prints, valued at more than $617,000, to the collection of his hometown’s Rodman Hall Art Centre, which is part of Brock University’s Faculty of Humanities.

Burtynsky, a Niagara native and officer of the Order of Canada, has achieved international fame for his striking images from industrial and urban scenes around the world. His work has won major awards and appeared in such publications as Harper’s Magazine, The Smithsonian, National Geographic, Playboy and the New York Times. His images are in more than 50 major museums around the world, as well as in corporate and private collections.

In 2006, his fascinating approach to photography was the subject of director Jennifer Baichwal’s feature-length documentary film Manufacturing Landscapes.

Burtynsky is based in Toronto and travels the world on assignment, but he has said that some of his early inspiration came as a boy growing up in St. Catharines, where he was intrigued by such manufacturing landscapes as the local General Motors plants.

University President Jack Lightstone said Brock is very pleased to be the home of works by the internationally acclaimed artist who was born and raised in the local community.

“Edward Burtynsky is one of Niagara’s own,” said Lightstone. “There is deep pride in this community that his work is respected and sought by artisans and collectors around the world. It is an honour for Brock to be chosen as the keeper of this rare and special work.”

Stuart Reid, Director at Rodman Hall Art Centre, called the gift “a significant addition to Rodman Hall’s collection that will be an important resource for the ongoing study, interpretation and exhibition of Ed Burtynsky’s important work in contemporary photography.”

Burtynsky was the subject of a major solo exhibition called Burtynsky Factories mounted at the Rodman Hall Art Centre in early 2011.

“This gift encompasses works drawn from various periods in Burtynsky’s career,” said Reid. “For the past 30 years he has been dedicated to documenting the fragile relationship between industry and nature in an increasingly globalized industrial world.”

The collection, which will be housed at Rodman Hall, will go toward the University’s Bold New Brock capital campaign.