We can spot aggression in the faces of other races: study 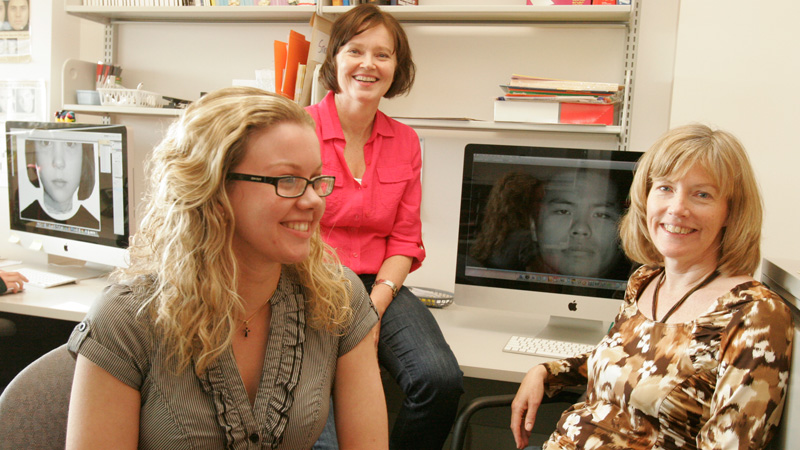 Lindsey Short, Cheryl McCormick and Cathy Mondloch say we can spot aggression in the facial features of other races too. Lindsey Short, Cheryl McCormick and Cathy Mondloch say we can spot aggression in the facial features of other races too.

Thanks to Brock researchers, we already know that someone with a wider face is more likely to be aggressive. But as new research shows, we’re just as good at recognizing this trait in people of other races.

A new study published in the journal Evolution and Human Behavior shows that adults and children recognize who is likely to be more aggressive in races other than our own. The findings are the result of a study by PhD student Lindsey Short, Psychology professors Cathy Mondloch and Cheryl McCormick and former PhD student Justin Carré.

At Brock and Zhejiang Normal University in China, the team showed adults and children quick images that included people with higher facial width-to-height ratios, which is shown in previous studies by McCormick and Carre to be an indicator of aggression.

“What people tell you when they travel is that everybody looks the same. From that level, you wouldn’t predict that they’d make the distinction. But what we found is that even with other race faces, we make those snap judgments.”

The team tested adult participants and eight-year-olds in St. Catharines and Jinhua, China. Participants were shown a number of faces and asked to make a judgment, sometimes so quickly that participants were tempted to second-guess their reactions, Mondloch said.

The team will continue to expand on the ground-breaking 2008 work by Carre and McCormick. An ongoing study looks at whether adults pick up aggression cues from the facial structure of children.

McCormick is a Canada Research Chair in Neuroscience. Mondloch runs the Infant and Child Development Research Lab, while Short is the recipient of a Vanier Scholarship. Carre is now an assistant professor at Wayne State University in Detroit, Mich. The study was done in collaboration with Kang Lee, a professor at the University of Toronto.