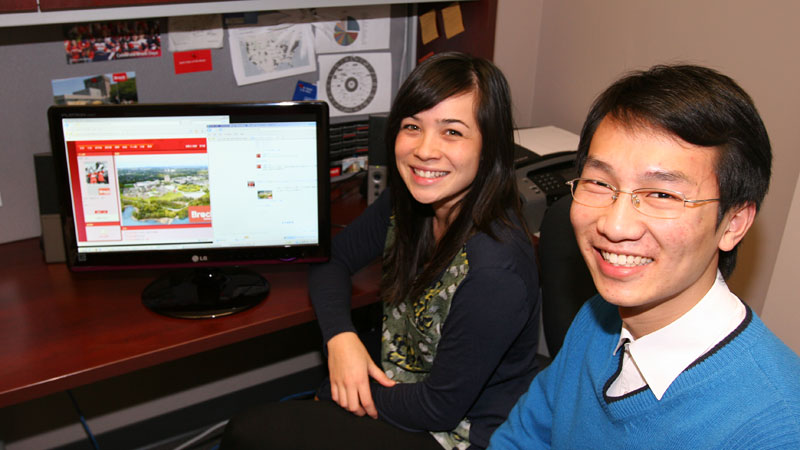 Halfway around the world, millions of Chinese students are looking to the future when it comes to education, and occupations, and travel. And when they sign on their favourite social media sites, they get a student representative from Brock’s International Market Development office.

The student representatives, who speak Mandarin and have experienced life as international students at Brock, are part of a new unique effort to use Chinese social media sites to reach out to potential students.

The main sites are Renren and QQ. While the former is essentially a Chinese version of Facebook, QQ is a chat program similar to MSN Messenger. Between the two of them, there are about 640 million active users.

“They’re all surprised we’re on (the sites),” he said. “This is a good way to connect with students, who are more about informally chatting instead of sending email.”

The majority of questions fielded by Deng have to do with courses, tuition, accommodation, although some ask questions as specific as how they’ll get to Brock from the airport. The students seem to appreciate Brock’s accessibility, and its ability to communicate with them in their own language, Crane said.

“It shows that we care enough about them to make an effort to reach out to them,” Crane said. Brock is also moving forward with a presence on social media sites such as Orkut, which is popular in India and South America.

“We can only travel so much to reach out to international students,” she said. “This is a way to continue the conversation with them online.”