Decrease your odds of acquiring cancer — the disease of probability 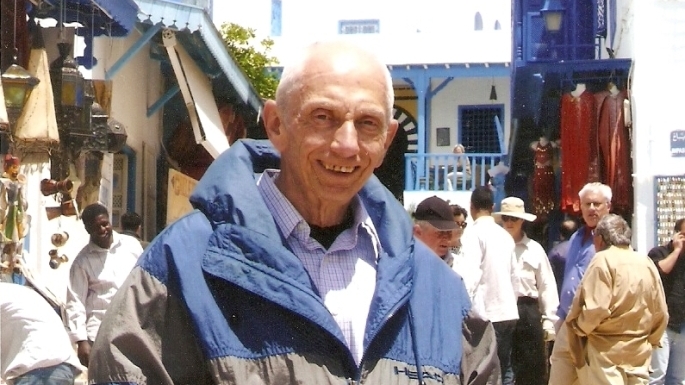 Cancer is a disease that develops within an individual rather than being delivered from without. Thus, it is a disease which one ‘makes’ rather than one ‘gets’. On Saturday, Sept. 18 at 10 a.m., Prof. Emeritus Don Ursino will present a lecture on “Cancer: a disease of probability”. Ursino’s lecture will focus briefly on the major events involved in the ‘making’ of cancer as well as some of the important factors that influence these events. He will discuss some of the misconceptions that exist regarding the disease, some of which are still being communicated by national organizations. Through his understanding of the biology of cancer, he will explain why cancer must be viewed as a ‘disease of probability.’

Ursino explains that “since cancer is not an infectious disease, you cannot really prevent cancer. But, based on your personal characteristics, lifestyle choices, and your genetics, you may be able to decrease your probability of acquiring cancer.”

If there’s one thing he misses about Brock, it’s the constant mental stimulation of being in a learning environment. “I love teaching,” he explains. “It can be a very creative endeavour trying to foster learning in students.”
Ursino is excited to return to Brock and is “looking forward to seeing any students [he] previously taught.”

To register for his lecture on Cancer: a disease of probability, visit brocku.ca/brock-days/register

Ursino was a member of Brock’s Biology Department from 1969 until his retirement in December 2000, during which time he was primarily identified with the teaching of plant physiology and evolutionary botany. Outside the department, he was a frequent contributor to the Grade 12, Liberal Studies, and Concurrent Science Education programs. His major contact with students, however, came from the many years he participated in the biology course for non-science majors and in the bioethics course he taught with Prof. George Nathan. In total, it’s estimated that Ursino taught more than 19,000 Brock students. During his tenure at Brock, Ursino was the recipient of three awards for excellence in teaching, including the national 3M Award, and awards from the Ontario Confederation of University Faculty Association and the Brock University Alumni Association.

In retirement, Ursino continues to pursue his love of learning by independently researching topics he loves, like cancer, contemporary culture and history. He also presents at eight-to-10 invited speaking engagements a year. To stay healthy and active, Ursino runs, cycles and gardens. He also sings with the Avanti Chamber Singers, presides over the Brock University Retirees Association, and is nicely distracted by his four children, five grandchildren, and his wife Anne, with whom he celebrated their 50th wedding anniversary in July.