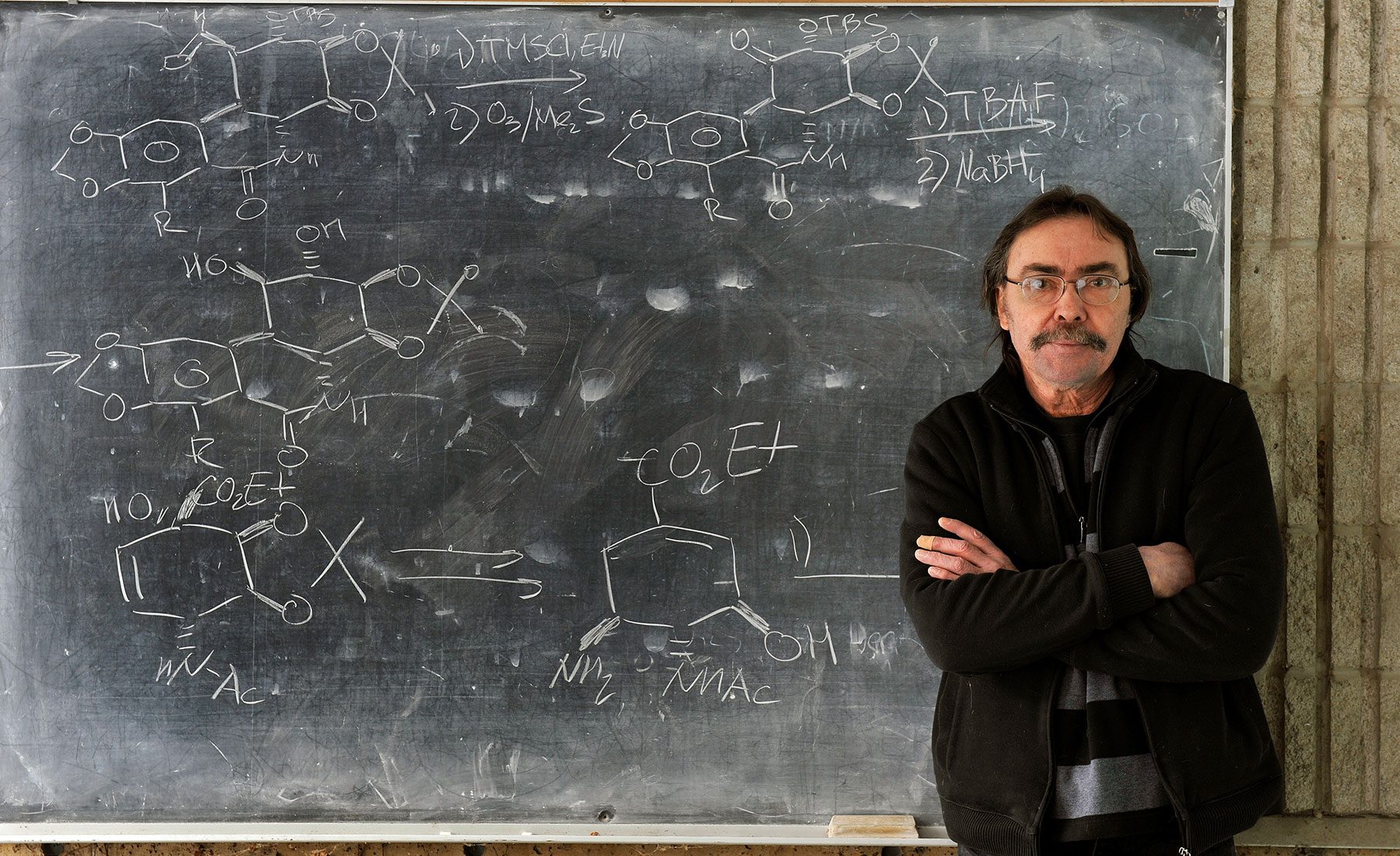 We acknowledge the passing of Dr. Tomáš Hudlický, active Tier 1 Canada Research Chair in Organic Synthesis and Biocatalysis. Dr. Hudlický specialized in synthesizing natural compounds used in drugs to fight cancer. One particularly noteworthy breakthrough was Dr. Hudlický’s creation of variations of the synthetic compound pancratistatin (PST), which he patented. He had spent more than 25 years researching PST’s chemical structure and constructing molecules that had similar structures and functions. Read the obituary in The Brock News.

Tomáš Hudlický was born in 1949 in Prague, Czechoslovakia, where he received his elementary and middle school education.

After several years of working as a process chemist apprentice and in other odd jobs in pharmaceutical chemistry, it became apparent that higher education opportunities were closed to him. In 1968, he emigrated to the U.S. with his parents and sister. Hudlický’s educational experience continued at Blacksburg High School, from which he dropped out in the spring of 1969.

Accepted as a probational student at Virginia Tech the following autumn, he received his B.S. in chemistry in 1973, and went on to pursue graduate studies at Rice University under the direction of Professor Ernest Wenkert in the field of indole alkaloid total synthesis, earning his Ph.D. in 1977. He then spent a year at the University of Geneva working under the late Professor Wolfgang Oppolzer on the synthesis of isocomene.

In 1978, he joined the faculty at the Illinois Institute of Technology as an Assistant Professor, and began the first phase of his research career in the field of general methods of synthesis for triquinane terpenes and other natural products containing five-membered rings by [4+1] cyclopentene, pyrroline, and dihydrofuran annulation methodologies. He returned to his alma mater, Virginia Tech, in 1982, and rose to the rank of Professor in 1988. One year later, at the 20-year class reunion of the Blacksburg High School class of 1969, he received his High School Diploma.

The next phase of his research involved the investigation of cis-cyclohexadienediols in enantioselective synthesis. In 1995, he moved to University of Florida in Gainesville. In 2003, Dr. Hudlický accepted an offer from Brock University where he currently holds a position as Canada Research Chair.

His current research interests include the development of enantioselective synthetic methods, bacterial dioxygenase-mediated degradation of aromatics, design and synthesis of fluorinated inhalation anesthetic agents, synthesis of morphine and amaryllidaceae alkaloids, and design of unnatural oligo-saccharide conjugates with new molecular properties. His hobbies include skiing, hockey, martial arts, and music.

We have made environmentally benign reaction design one of our central themes in the Hudlicky group. The conversion of toxic aromatic waste into defined value-added products by chemoenzymatic means has been applied very successfully in our group and has yielded many total synthesis as well as commercial applications. We have also proposed a parameter (effective mass yield EMY) that allows the quantification of the degree of environmentally benignity of a synthetic sequence.

Members of the amaryllidaceae alkaloids (e.g. Pancratistatin) are known to possess high anti-tumor activities, which makes them very interesting targets for the synthetic organic chemist. In the last several years, we have completed a total synthesis of (-)-pancratistatin and (-)-narciclasine, both by chemoenzymatic means. We are currently working on a total synthesis of 7-deoxypancratistatin as well as an optimization of previous approaches, with the overall goal of preparing these alkaloids in less than ten steps.

A long term goal in the Hudlicky group has been a enantioselective total synthesis of morphine and the morphinan skeleton.
It is envisioned that short synthetic route to the title alkaloid will open doors for the preparation of a variety of analogs which are not easily accessible by functional group transformation starting from the parent alkaloid itself.

Chiral synthons obtained by microbial dihydroxylation of halogenated aromatic compounds have been applied as starting materials for a variety of syntheses in our group.
We are currently also studying the substrate specificity of the enzymes responsible for this transformation as well as the influence of remote chiral centers on the outcome of the hydroxylation reaction.

Our group has successfully prepared several of the nine Inositols as well as di-and oligomeric analogues. We have proven that these oligomers possess very interesting properties like their helical tertiary structure.
We are currently working on the preparation of amino Inositol derivatives which are expected to exhibit similar structural features as well as enzyme inhibition properties.

As a part of environmentally benign reaction design the Hudlicky group has exploited the possibility of substituting steps which include toxic reagents by electrochemical means. We have successfully shown that transformations like mCPBA epoxidation and tetrabutyltinhydride reductions can also be achieved by electrochemical methods.
We are also working on the selective removal of protecting groups by electrochemistry as well as electrochemical cyclizations.