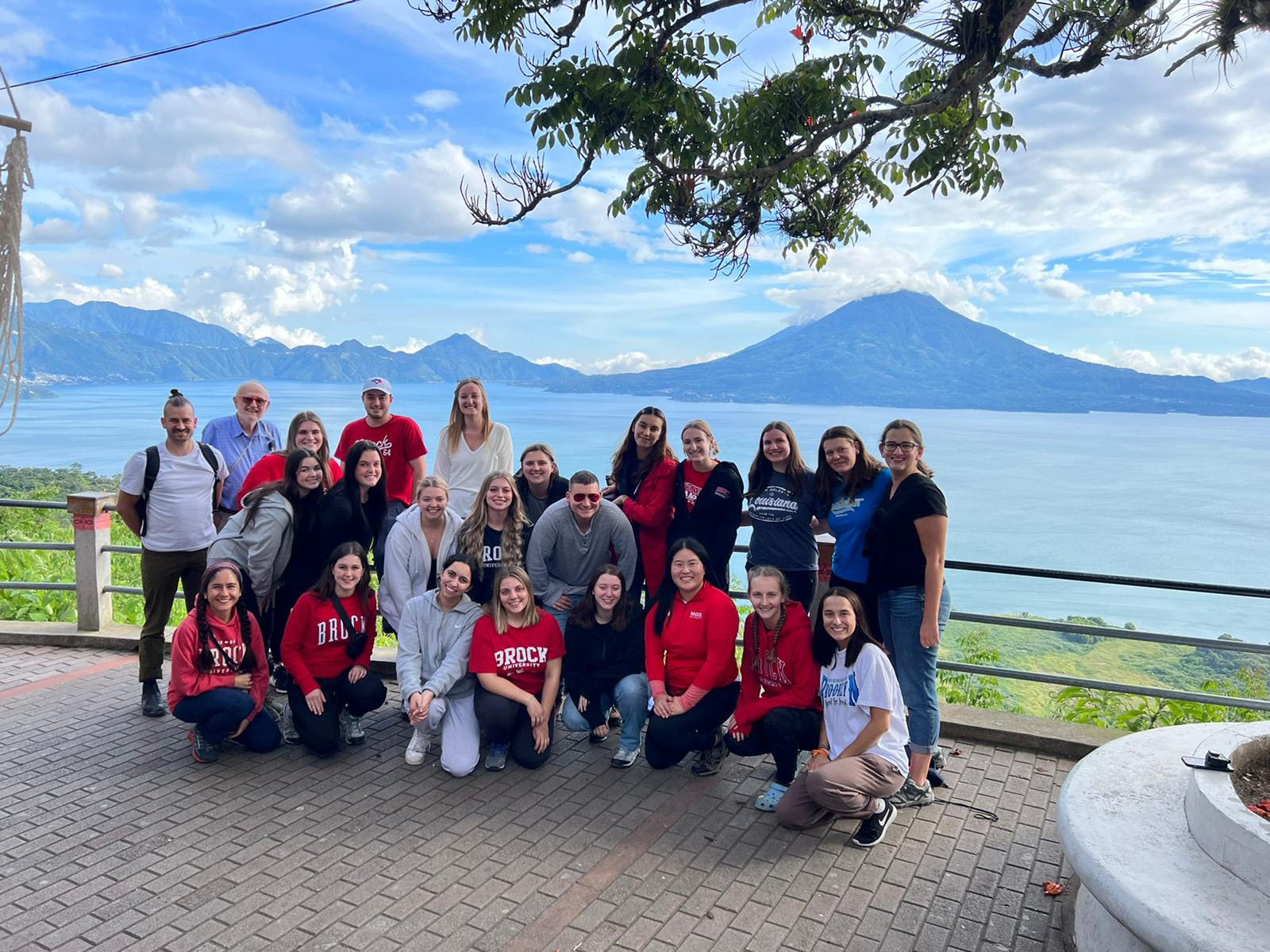 A group of 19 Brock students travelled to Guatemala this fall as part of a Faculty of Education field course on global education.

A recent trip has left a lasting impact on students in Brock’s Faculty of Education.

From Friday, Oct. 7 to Monday, Oct. 17, a group of 19 graduate and undergraduate students, along with two faculty members and two translators/project co-ordinators, travelled to Guatemala as part of a field course on global education.

In the past, the group would have split their time learning about Indigenous Mayan communities in two regions of Guatemala. However, when Hurricane Julia hit the country, faculty and staff quickly rearranged the group’s itinerary.

The change in plans led to one of the highlights of the trip.

During their extended stay in Panajachel, the group was able to visit the MAIA school, a new school designed to help rural Mayan girls — a group that rarely finishes secondary school — to complete their education.

“Visiting the MAIA school for women and girls was a huge highlight,” said Bushra Al-Jammal, a fourth-year Child Health student. “It was the most inspiring place.”

For Carsyn Newton, a fourth-year Concurrent Teacher Education student, meeting the teachers at the MAIA school was a profound experience.

“Just to hear how much they’ve had to overcome to be able to be in that position has been inspiring,” said Newton, who also hopes to use the lessons she learned about privilege while on the trip to create a diverse an anti-oppressive classroom in her own teaching.

In Guatemala, the Brock students learned how Indigenous Mayan communities are working to preserve their cultures, languages and traditional teachings.

“I think those moments that I really cherished were just engaging with the culture,” said Newton. “Getting to see it from the perspective of those who live there is really beautiful. To have the local people explain their traditions and the process of it was really engaging.”

One of the experiences that stood out most for Newton and Al-Jammal was when the group participated in a traditional fire ceremony on top of a mountain with views of three nearby volcanoes.

“I’m a spiritual person, so it honestly was a little bit emotional,” said Al-Jammal of being blessed by a knowledge keeper during the ceremony.

Before leaving for the trip, the group prepared with classes and resources on culture, history and current issues in the regions they visited, and students also completed reflections and assignments since returning. But, Al-Jammal said nothing compares to the experiential education opportunity of going to Guatemala, which inspired her to begin volunteering with Indigenous communities once she returned to Canada.

“I don’t think anyone who goes on this trip will really be able to grasp the impact it can have on them until they’re there,” she said.