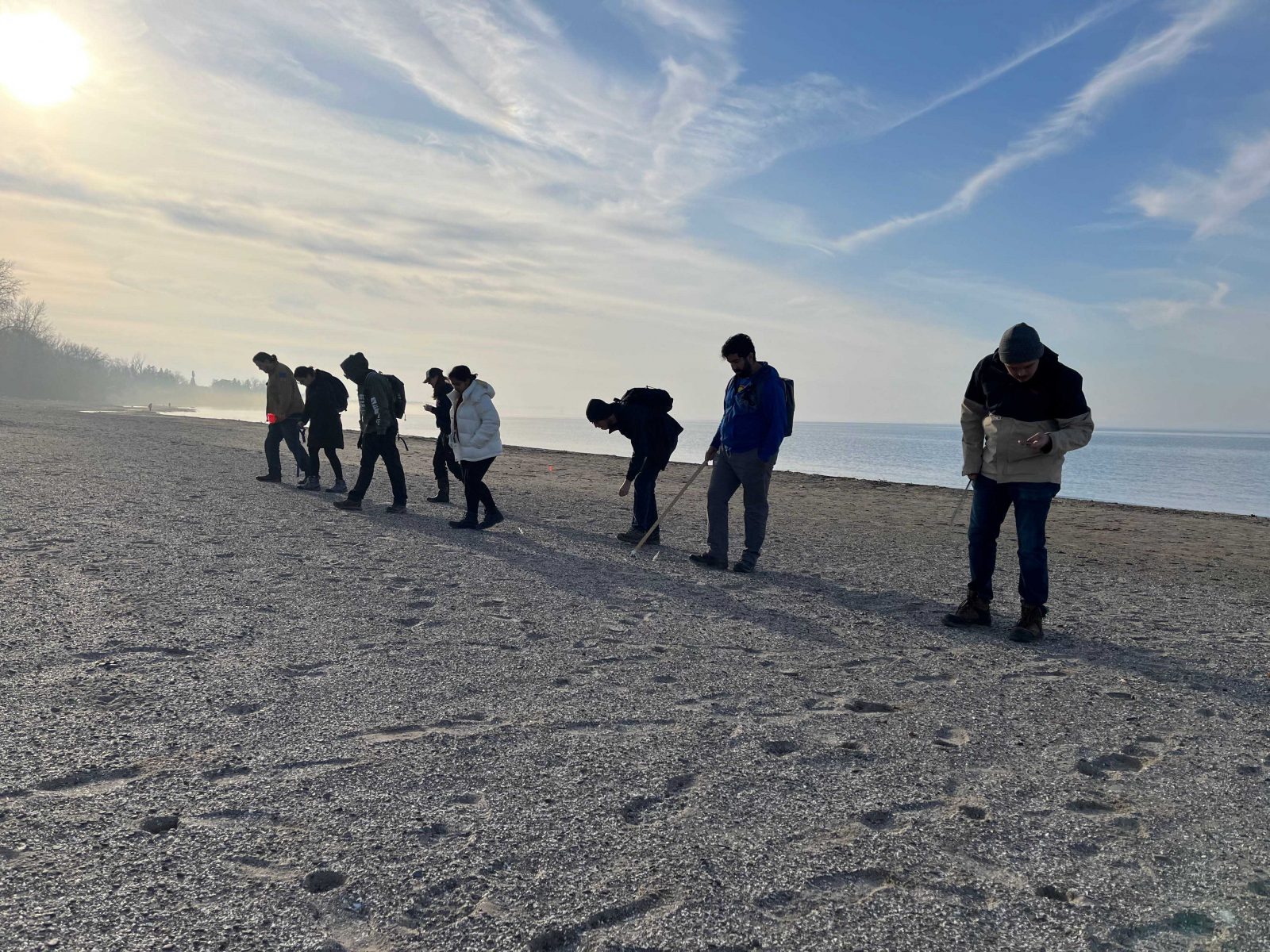 A meteoroid came blazing to Earth on Saturday, Nov. 19, launching an ongoing hunt by Brock’s Geology Club for fragments, known as meteorites, in the Niagara region.

Advanced warning of the meteoroid’s arrival has given hunters better odds of finding a sample.

“We believe there are hundreds of meteorites, including several that are the size of a tennis ball and possibly one the size of a soccer ball,” said Schmidt. “The goal is to find samples for the lab for further study.”

Schmidt said the meteorites are most likely of the Chondrite variety, with the appearance of a piece of concrete that is painted black. Their interior is grey with white round spots.

The recognizable black exterior — called a fusion crust — forms as the meteoroid burns entering the atmosphere.

“We chose the beach area because the black meteorites should stand out among the sand,” said Schmidt.

The club is encouraging members of the community to join in on the ongoing hunt. Anything found on public property is safe to keep. If a meteorite lands on private property, it belongs to the property owner.

Anyone who believes they have found a meteorite from the event is encouraged to email Schmidt at mschmidt2@brocku.ca with an image of the sample, while those who would like to join future hunts for samples are asked to contact the Brock Geology Club via the @brockgeoclub Instagram page.