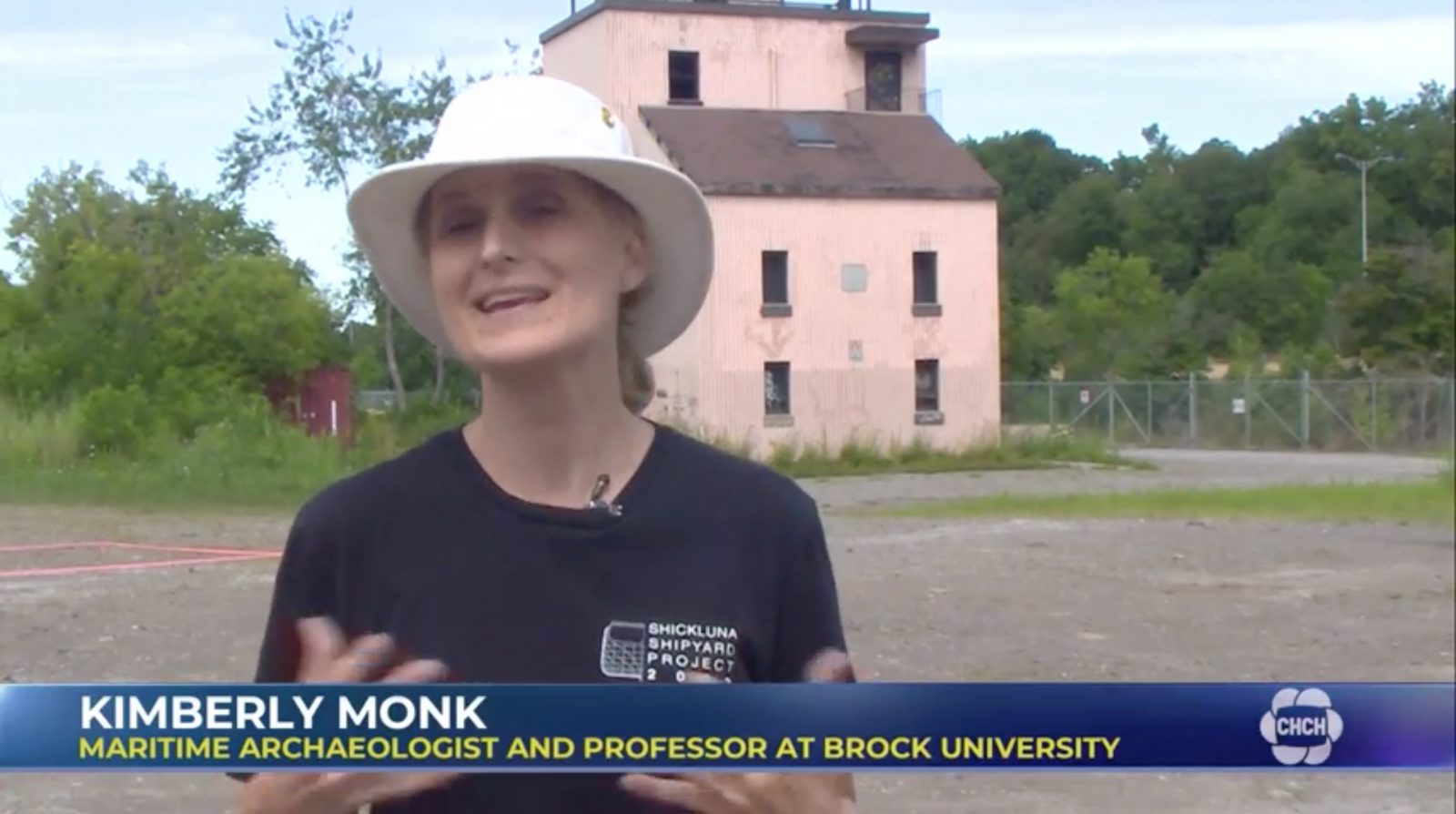 Kimberly Monk, a maritime archaeologist and Adjunct Professor of History at Brock University, spoke to CHCH about a team of Brock field school students and volunteers she is leading to uncover the historic Shickluna Shipyard in St. Catharines.

Brock University students discover thousands of artifacts during archaeological dig: Kimberly Monk, a maritime archaeologist and Brock Adjunct Professor of History, spoke to CHCH and Newstalk 610 CKTB about the work a team of Brock field school students and volunteers are doing to uncover the historic Shickluna Shipyard in St. Catharines.

Brock prepares to support Canada Summer Games: Brock’s ongoing contributions to the Niagara 2022 Canada Summer Games, including hosting events and more than 5,000 athletes, were discussed in pieces from Academica and CHCH, while The NOTL Local, L’Action and BP Sports Niagara highlighted the Brock Badgers Dance Pak’s performance in the Games’ opening ceremonies.

Unifor elects Lana Payne to succeed Jerry Dias as president: Professor of Labour Studies Larry Savage spoke to The Globe and Mail, CBC and The Toronto Star, as well as CBC radio stations across the country, about the result of the largest private-sector union in Canada’s leadership election. Savage also spoke to Yahoo News about strategies the provincial government is using as it faces labour action from employees in the education sector.

Time to erase differences, live together as inclusive society: Brock’s Vice-President, Administration Ken Chan spoke to The NOTL Local about the installation of rainbow crosswalks in the Niagara region, while also sharing about his personal journey and the welcome he and his husband have received after moving to the region.